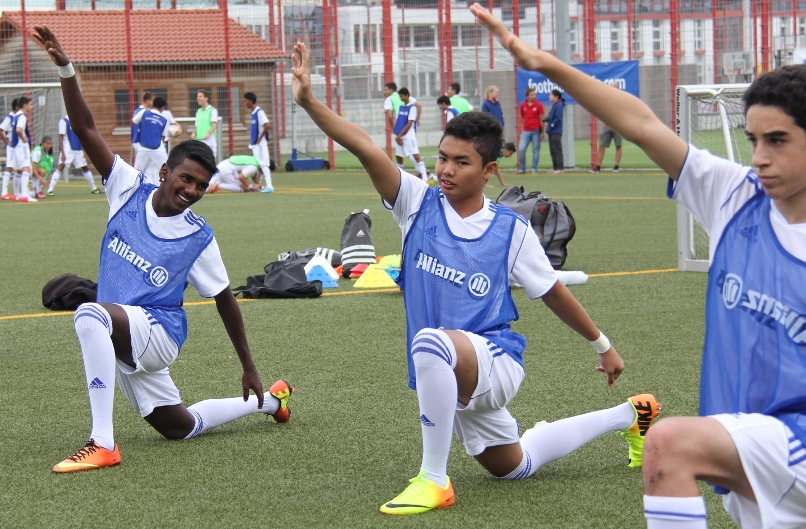 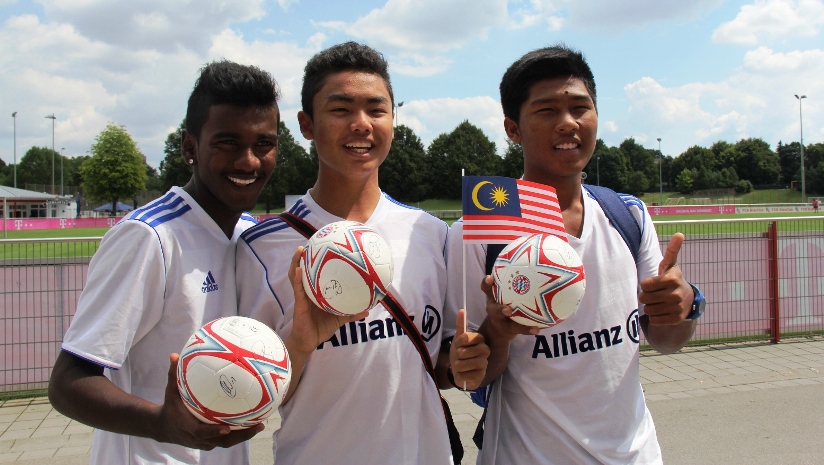 The Allianz Junior Football Camp (AJFC) Malaysia has welcomed 4, 156 young aspiring footballers in the last five editions. Sixteen made it to AJFC Munich in Germany and to date; five have gone on to play in the President’s Cup.

Thipanraj and Farid Ashraf Kamarozaman laced up their boots to compete in the second season of the Allianz Junior Football Camp (AJFC) Malaysia. The duo, along with Mohamad Syawal Rosman, won the competition that year to train with the Bayern Munich youth coaches in Munich, Germany. Fast forward four years, Thipanraj and Farid, both 20, currently ply their trade within the Under-21 teams at Kuala Lumpur Football Association (KLFA) and FELDA United respectively.

“With AJFC, it’s easier for young footballers to get noticed and for me; it definitely opened doors for my career because after Germany, I had a lot of opportunities come my way. To receive that exposure; meeting people, being in Europe and watching my favourite team, Bayern Munich play live – you just can’t buy experience like that,” said Thipanraj who played for Malaysia under-19 in the AFF Cup in Vietnam last year.

Thipanraj carved out an impressive start to his young career, breaking into the Harimau Muda C team between 2015 and 2016, before the team was disbanded. The winger then signed with KLFA to play in the President’s Cup last year.

Like Thiparaj, Farid who was snapped up by KLFA (under-19) in 2015 before signing with his current FELDA United in July the same year, said the competition gave him his biggest break.

“I think it’s important that you never stop working hard for your dream. AJFC got me one foot through the door, and the rest was up to me. I’m grateful that they gave me that 50 percent push, it got me my start and I was able to have opportunities to build my dream,” said Farid.

“I think what the youngsters need to understand is that football can be fickle – with injuries, team selection and sometimes luck. I believe your rezeki (good fortune) is there. It’s just a matter of when it presents itself. So you should always prove yourself every minute you are on the field,” added Farid.

AJFC is an annual football event for players aged between 14 to 16 year olds that has been held globally since 2009. The competition debuted in Malaysia (AJFC Malaysia) in 2012 followed by AJFC Asia in 2014.