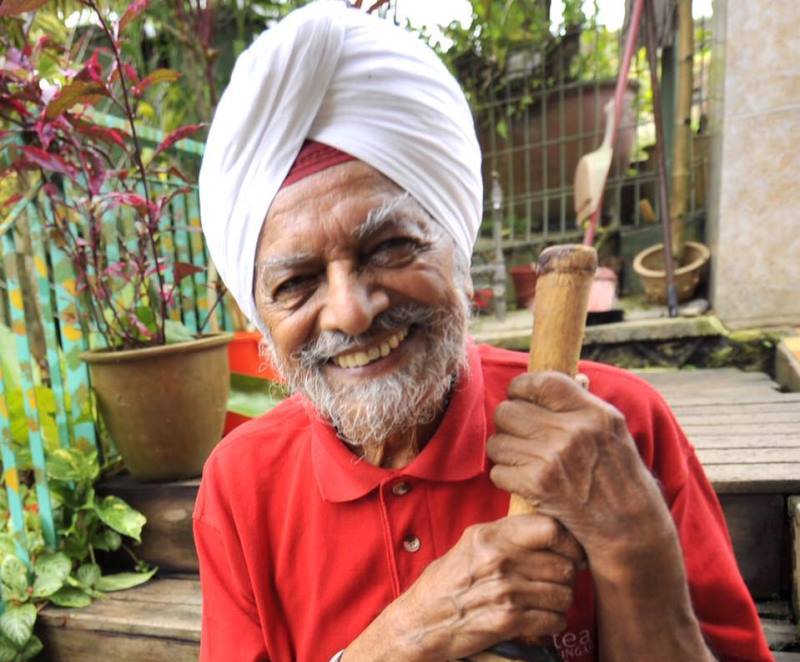 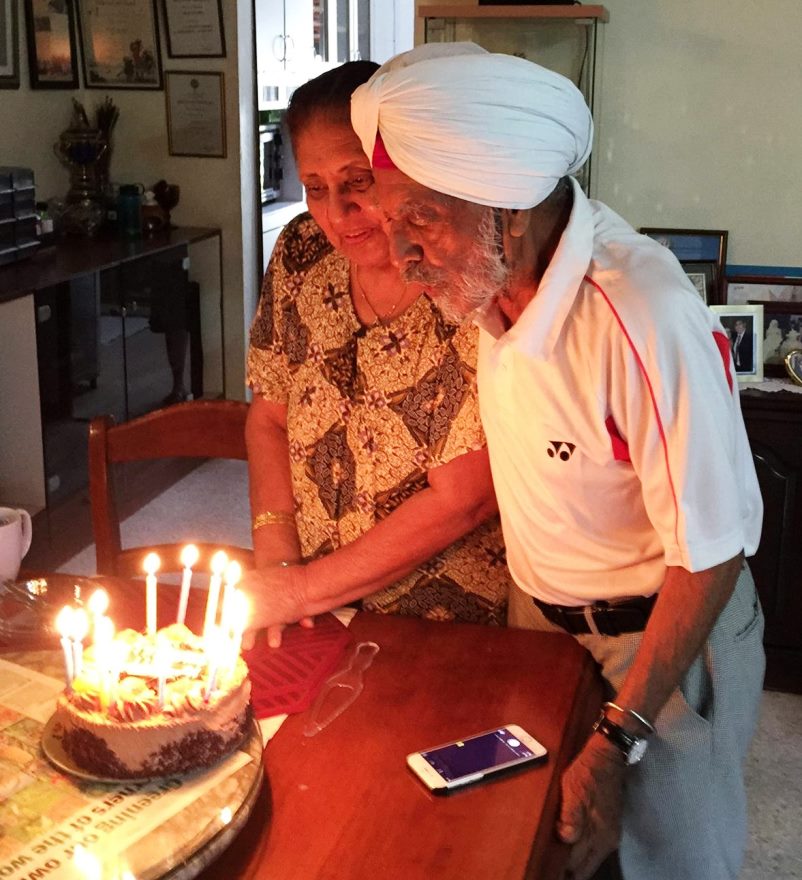 THE rags-to-riches tale of Kuala Lumpur-born Ajit Singh Gill will render tears as he celebrates his 90th birthday as one of Asean’s most accomplished veteran sportsman and gentleman.

Today, he ranks as Singapore’s oldest Olympian, a double-international at hockey and cricket, and his proverbial blood, sweat and tears are nicely captured in a family-commemorative book, ‘The Heart of an Olympian’, written by his grandson Luc Gill, 27, a crypto-currency dealer and fitness  guru.

Believe me, life was never a bed of roses as Ajit accomplished his personal and professional feats through sheer discipline and hard work, in his words, following the true principles of a Sikh, inherited from his late father.

He couldn’t afford a scout uniform but rose to be a scout master who later pioneered a patrol of scouts to Hong Kong for the Golden Jubilee in 1961.

He was cutting grass to feed the cows from childhood days in Selangor when he had a rare craze for the sport of the British Raj, he so admired. He went on to be a celebrated golfer at the prestigious Singapore Island Country Club (SICC) and a pioneer-leader at Senior Golfers’ Club. He played in the Singapore Inter-Club golf competitions, representing SICC, and at many Asean Senior Amateur championships, where he was a past winner for Best Net (Individual) in 1990.

Born in 1928 at the railway quarters in Sentul, Kula Lumpur, to railway workshop supervisor Milkha Singh, the eldest of 10 siblings, he was raised in the strictest way of Sikh-life. He says: “My father was a very good Sikh. His advice: Go, work hard, don’t drink, don’t smoke, speak the truth and don’t be afraid of anyone. That has been my mantra, I’ve been practicing it as much as possible.” 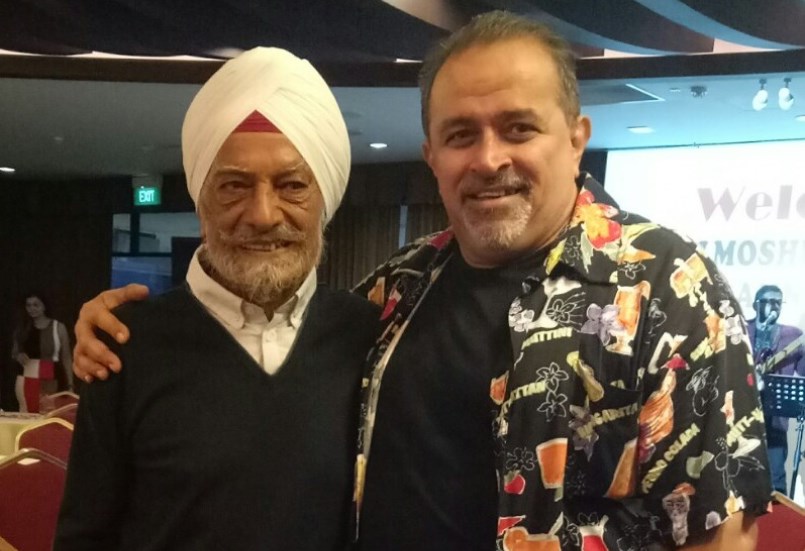 Overcoming overwhelming challenges was just a way of life for Ajit. He was chronically sick with asthma as a child in Kuala Lumpur. Yet he assisted to set up an entire kampung named after his father, “Milkha Singh Kampung”. With the village organic food and health lifestyle, Ajit got over asthma to be a rousing international sportsman.

He recalls: “During the war, the Japanese Occupation era, I had to stop my schooling to work in order to help support my family. After it ended, I worked very hard to complete my secondary education and then began work as a teacher followed by becoming a junior draftsman in the survey department in Kuala Lumpur.”

At 17 years, he played for Selangor in arguably the strongest state hockey team for close to a decade and he was nicknamed “pint-sized” because of his scrawny stature. But he soon overcame the physical setbacks to be an Olympic Games fullback.

He had the urge to search for greener pastures and in 1951, he left for Singapore and enrolled at the Teacher’s Training College (TTC), where he started an uninterrupted career as an educationist, retiring as Vice Principal of Queenstown Secondary Technical School. The government conferred him with the Pingat Bakti Setia for “long and loyal education-service to the country”.

The highpoint of his sporting life was the 1956 Melbourne Olympic Games, the first and only time Singapore played at the world’s highest sporting stage. It brought back nostalgic memories as 28-year-old Ajit bought a wedding ring in the Australian city and, returning from the Games, he  proposed to schoolteacher Surjit Kaur in January 1957.

He continued his devotion to sports despite the pressures of teaching and raising a family, much thanks to the support of his wife, who realised he was an awesome sportsmania!

“When I returned after the Olympics, my marriage and later my children became my priorities,” he says. “I was posted to the afternoon session, while my wife was in the morning session, so that we could spend more time with our children. I still found time to fit in my sports on the weekend and played a lot of cricket and later golf. I have never stopped to this day and still regularly beat my golf mates that are 30 years my junior!”

With a chuckle, as he celebrated his 90th birthday on March 21, he says: “My friends now joke that I used to run behind the ball (at international levels at hockey and cricket) and now I walk behind a ball at golf!” 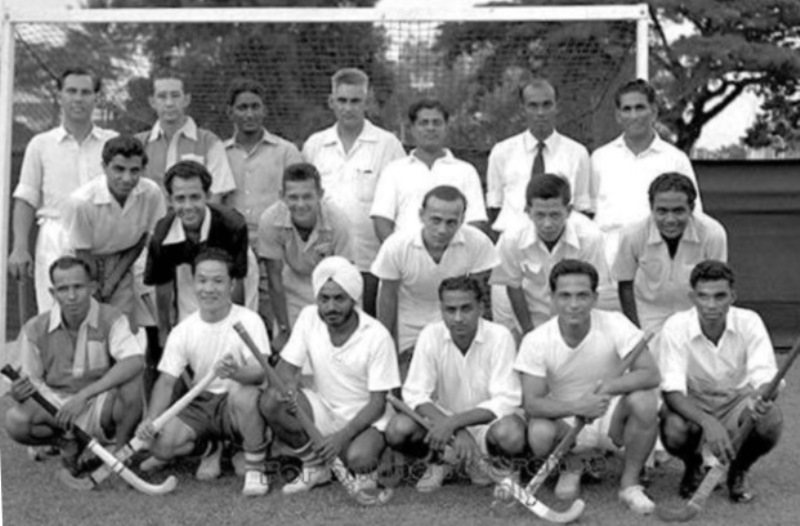 His natural talent for sports was obvious and he also excelled in another wood-wielding sport: Cricket. Swopping the hockey stick for the willow bat, he played for Singapore in internationals against Malaysia, Hong Kong, New Zealand and England. He was nicknamed the “big hitting Sikh”, once scoring a century in just 68 minutes in 1968 at an unusual blistering pace. He could hammer fours and sixes with ease with his powerful God-blessed swings from hockey, where he was a tough-blasting fullback.

Ajit is not embarrassed to say he sports a set of false teeth as he was seriously hit on the mouth in a 1954 inter-state match against Malacca. He was in excruciating pain but he simply spat out the broken teeth, wiped the blood and led Selangor to victory.

“I was a half-back and the Malacca forward was very rough and swung his stick madly into my mouth and broke five of my teeth,” he says.”The match was so intense that I spit out a mix of blood and shattered teeth and played on to win the game! I still have my false teeth because of that. It was this kind of determination and drive that allowed me to reach the 1956 Melbourne Olympics where I played for Singapore.”

His inspirational value as an awesome role-model, with a never-say-die spirit, was reflected when he was invited as the oldest torch-bearer to run with the torch at the Youth Olympic Games (YOG) 2010 as an 82-year-old. The first and only time Singapore hosted the YOG. 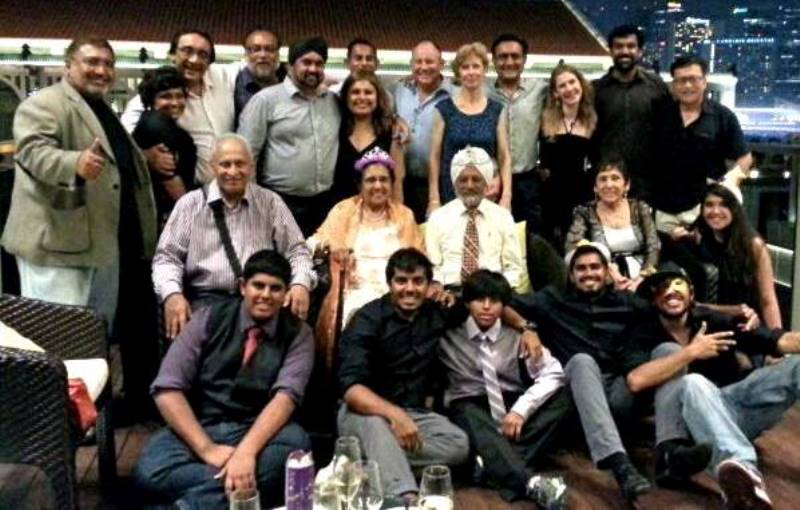 Perhaps the grandest triumph for Ajit, in his words, remains “the success of his five children in their chosen careers which speaks loudest for my wife and me”. He adds: “We had five over seven years. We were truly blessed to have a boy and girl in consecutive order!”

“They’ve excelled in their career and it gives my wife and me the biggest personal satisfaction that we’ve achieved our family targets to the maximum,” he says.

Reflecting on his life, he adds: “The happiest moment of my life was on January 1, 1957 when I married my darling wife Surjit.  The saddest moment was when I lost my mentor and my father. The book my grandson wrote is everything he taught me.”

Ajit, in my opinion, is truly blessed.

He’s healthier, more independent and wiser than ever before. And if you play your cards right, you can reach the age of 90 and be thriving at that age.

Like Queen Elizabeth, who turned 90 two years ago, Ajit has also shown none of us need to dwindle into senility. Simply because he is doing everything right. He’s very active, walks a lot, still passionately enjoys golf and has a very close Gill family.

Let me reiterate that your secret formula is your very firm connectivity to family and friends. In ageing, adding life to years is what counts.