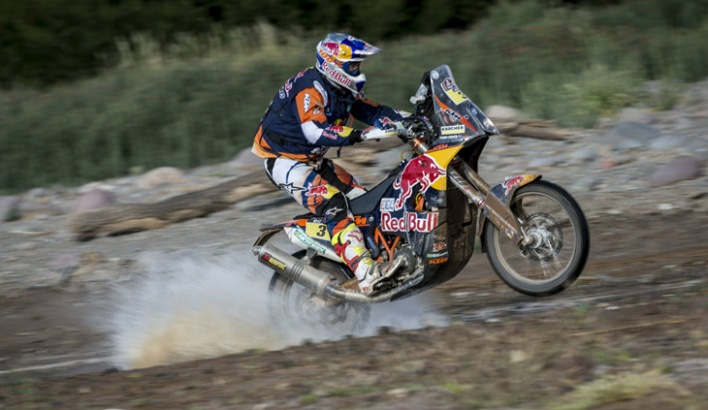 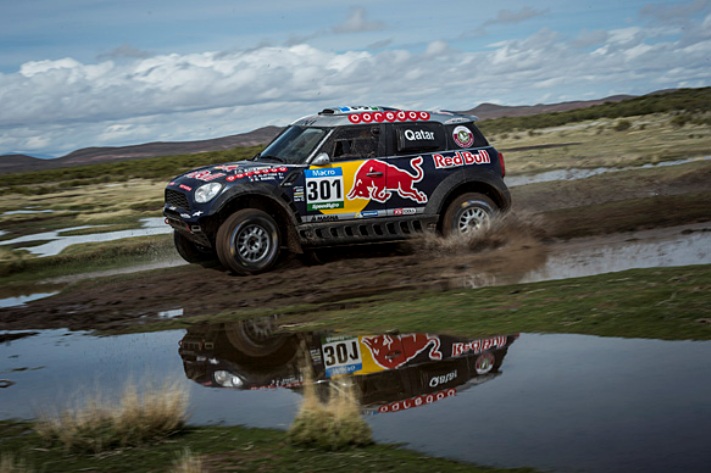 Al-Attiyah, in a first stage win for Mini against the might of Peugeot who had won the previous six, finished 12 seconds ahead of Carlos Sainz and 31sec in front of new leader Stephane Peterhansel, both representing the French car manufacturer.

Nine-time world champion Loeb, after three stage wins, lost his lead of the overall standings as he ground to a standstill after taking a wrong turn and rolling less than 30 kilometres from the end of the 393km timed special of the 766km run between Salta and Belen.

Despite massive damage to the car, Loeb and co-pilot Daniel Elena managed to limp home to now stand eighth in the overall standings, more than one hour off the pace.

“It’s over for the victory,” said Loeb. “In a stream there was a huge step that I didn’t see and which threw us into a barrel-roll.

“We lost a lot of time because we had to change the wheels.

“Our victory hopes have gone — we knew that we didn’t know it all!”

Loeb may have impressed during the first week of the Dakar, putting his WRC experience to good use, but Peterhansel warned that the Dakar is a different beast.

“He fell into the trap we could have expected. Once you’re off the track you have to open your eyes twice as much,” he said.

“That was where he risked making a mistake.”

As a result, Price took command of the overall standings with a lead of 2:05 over the Honda rider from Portugal.