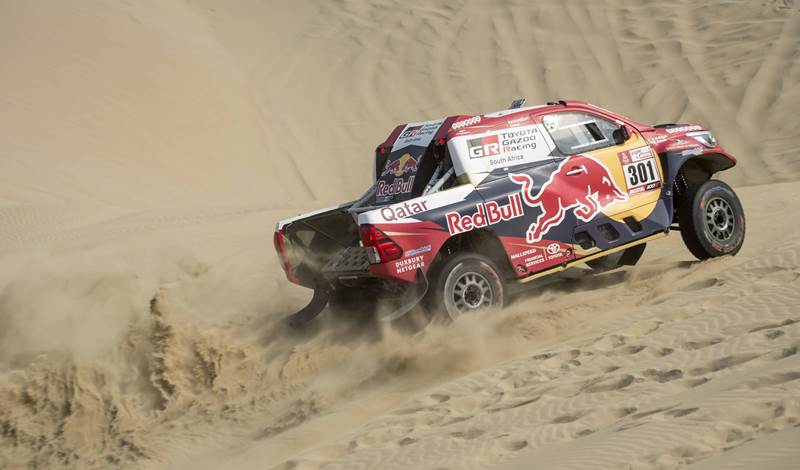 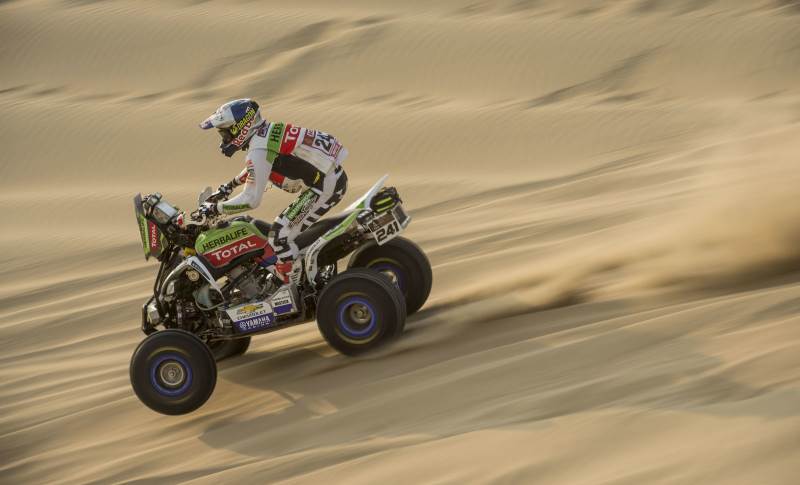 The 2018 Dakar Rally really heated up on the dunes of the 296km special stage between Pisco and San Juan de Marcona.

With everyone pushing hard and jostling for early gained minutes on the leaderboard it made for an exciting day of racing.

Tomorrow (Tuesday) sees mass starts on the beach at San Juan de Marcona followed by one of the longest-ever sandy sections in Dakar history as part of the 330km special stage.

After Team Peugeot Total dominated on Sunday, Nasser Al-Attiyah needed a big day. He delivered in style by fighting back to win Stage 3 and confirm he is a serious contender.

The Qatari opened up a lead early in the day and powered to the finish in his Toyota Hilux with a gap of four minutes over overall leader Stéphane Peterhansel in second. Carlos Sainz followed nearly six minutes back with Cyril Despres and Sébastien Loeb losing more time.

Al-Attiyah said: “We did a good job, there was no drama and Mathieu is feeling good. We were pushing, and the punctures only cost us three minutes. The Hilux handed the dunes very well.”

Toby Price was one of the big movers on Stage 3, the Aussie steadily moving up into overall contention with a solid third placed finish.

On a day where overnight leader Joan Barreda lost 28 minutes due to multiple navigational errors, defending champion Sam Sunderland pounced on a Pablo Quintanilla issue in the final kilometres to win the stage in front of Kevin Benavides.

Price said: “It was difficult with the navigation and we had a couple of crashes. The pace is definitely here and we know we can run at the front.”

The ride of the day went to Ignacio Casale with the Chilean obliterating the field to win his third consecutive stage. Casale crossed the line with a huge 30-minute gap over closest pursuer Sergey Karyakin.