Home Football Amendments to the Laws of the Game 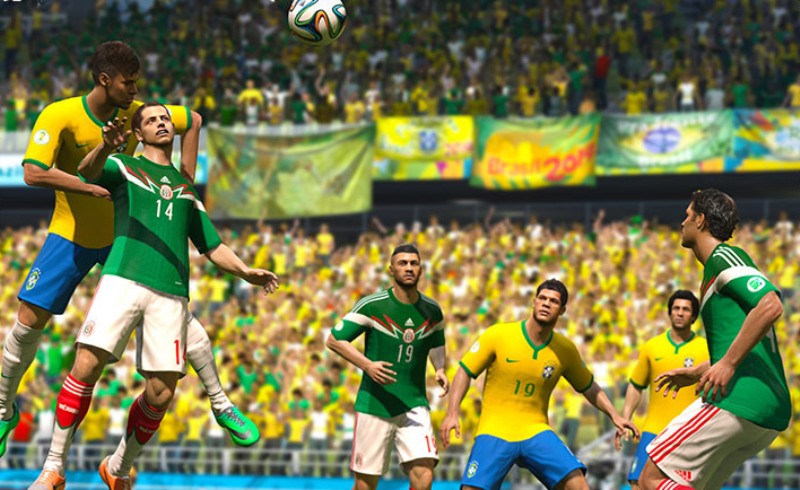 The 128th Annual General Meeting of The International Football Association Board (IFAB) took place in Zurich (Switzerland) on 1 March 2014.

The amendments to the Laws of the Game approved at this meeting and the various instructions and directives issued are listed below. The detailed minutes of the meeting will be available shortly on www.fifa.com.

Where head covers are worn, they must

• not be attached to the jersey

• not pose any danger to the player wearing it or any other player (e.g. opening/closing mechanism around neck)

After a two-year pilot, there is no indication as to why the wearing of head covers should be prohibited, as long as their design restrictions are respected as defined in the pilot. Furthermore, the male football community also raised the need for male players to be permitted to wear head covers, as it was considered discriminative. 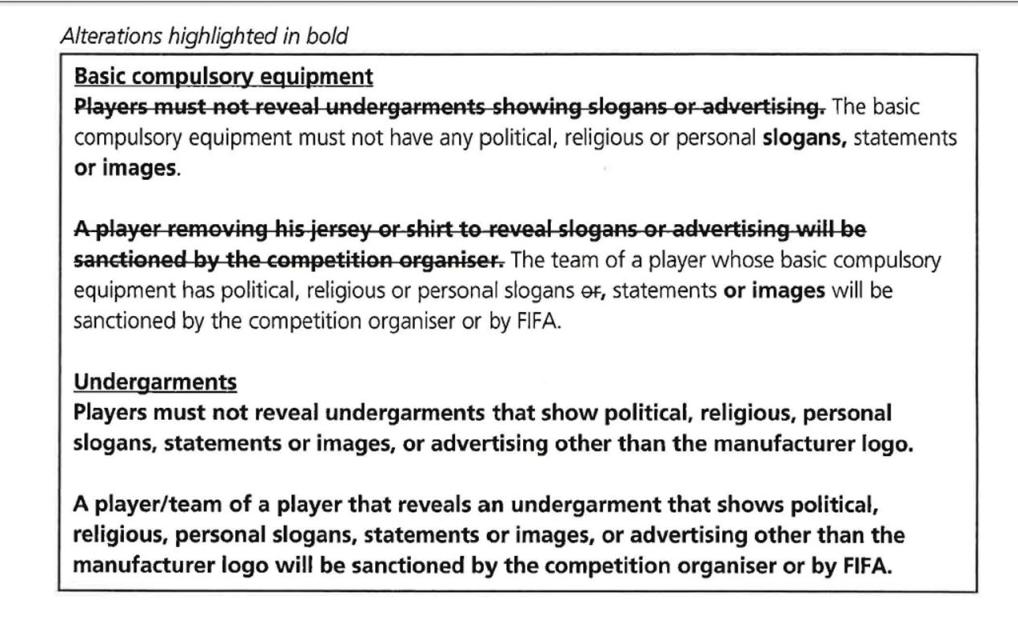 Currently, what a player can reveal on any item of basic compulsory equipment is different to what he can on an undergarment, i.e. he cannot reveal a personal statement or image on his outer jersey but he can on his undershirt.

This amendment seeks to outline a consistent approach to both the outer jersey and all types of undergarment.

There is also an opportunity to introduce an improved structure to this section, i.e. the first two bullet points refer to the outer shirt (basic compulsory equipment) and bullet points 3 and 4 refer to undergarments.

The decisions of this year’s Annual General Meeting of The IFAß regarding changes to the Laws of the Game are binding for confederations and member associations as of 1 June 2014.

However, confederations or member associations whose current season has not ended by 1 June may delay the introduction of the adopted alterations to the Laws of the Game in their competitions until the beginning of their next season.

Use of cameras and/or microphones by referees for broadcasting purposes

In addition to the above amendments, on behalf of The IFAB, we would like to also inform you of its position on the use of audio and video from microphones and/or cameras worn by referees during matches.

Subsequent to a number of incidents in wh ich either microphones and/or cameras with a microphone were used by match officials, this topic was brought to the attention of The IFAB and discussed at its most recent Annual Business Meeting (ABM), which took place on 24 October 2013.

While The IFAB understands broadcasters’ interest in providing the audience with an additional perspective on the game (whether via audio or video), the clear outcome of the discussions at this meeting was that such devices are not permitted, mainly because ·recordings broadcast by broadcasters may harm the credibility and integrity of match officials, especially in critical situations.

The main reason that referee communication systems are currently encrypted and not broadcast publicly is to allow the refereeing teams to quickly and candidly communicate with each other.

Making such communication public would force match officials to consider the public impact of their words before they said anything at all, which would restrict their ability to function as a team.

Furthermore, we would like to point out that legal consequences of using recordings of conversations between the referee, assistant referees and any further match officials during the course of a match would need to be taken into account as well.

Should such conversations be recorded, they would likely be requested to be considered in disciplinary proceedings and would therefore have a significant impact on the way such proceedings are conducted (i.e. inter alia, the referee would have to check his report and make sure that it corresponded with the recordings, which would result in a significant administrative impact for the referees and other bodies involved, etc.).

While we understand that the Laws of the Game do not specifically detail the equipment of referees (although this might be included in the Laws in the near future), we would like to reiterate that such additional equipment is not permitted at this point in time.