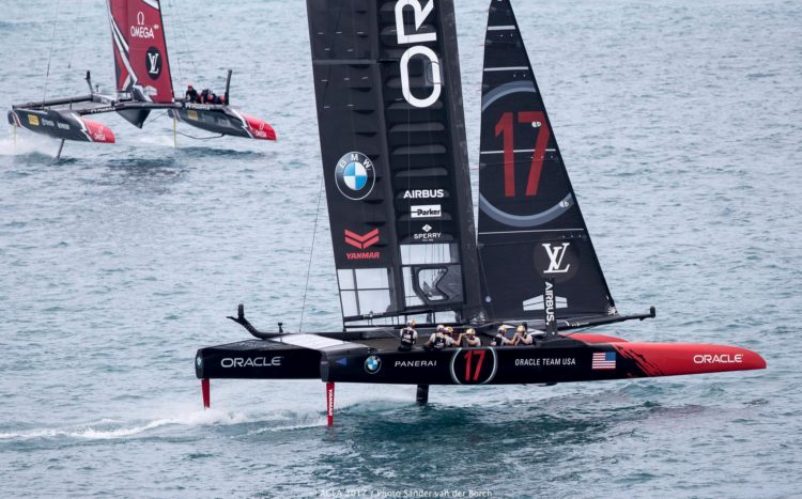 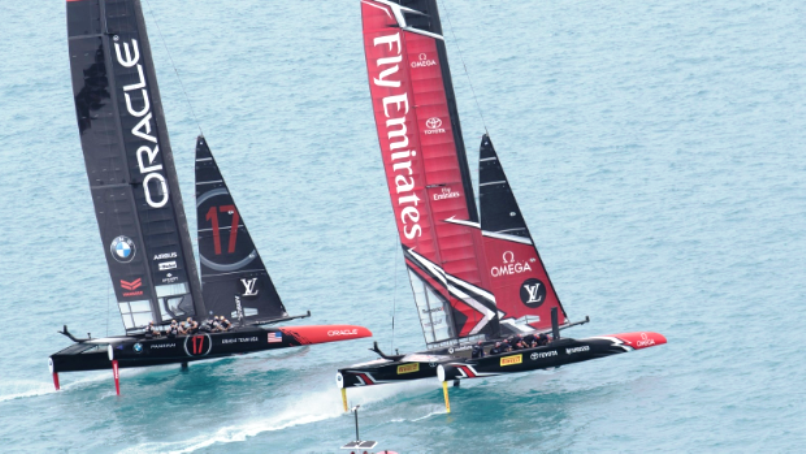 Team USA, skippered by Jimmy Spithill, beat New Zealand by 11 seconds in the second race of the day — halting the Kiwis’ run of five straight victories.

New Zealand still lead the first-to-seven points series 4-1 — having opened with a one-point deficit thanks to the USA’s topping the qualifying round-robin.

But the improvement in the US boat, and tough talk from Spithill, can’t help but remind the Kiwis of their crushing defeat in 2013, when they led 8-1 in San Francisco only for Team USA to roar back to a 9-8 triumph and retain yachting’s most coveted prize.

“It does remind me of San Francisco,” Spithill said. “Once the guys see the boat is faster, then you start building some momentum.”

Peter Burling, the 26-year-old New Zealand helmsman, was undaunted by the prospect of a resurgent USA.

“I was happy to see some fight out of these boys,” Burling said. “When we entered this we felt like we were in for one hell of a battle.

“It was nice to get those first races on the board and to go ahead. But having said that we were in a pretty good battle today and we still took a race win and had a chance in the second one.”

Since being swept in the first four races last weekend, the USA had worked feverishly over the five lay days to find more speed in their 50-foot foiling catamaran.

They appeared to have found it, but two penalties for Spithill and his crew in the opening race helped New Zealand stretch their lead to 4-0.

In the day’s second race, however, Spithill seized the early advantage, beating the Kiwis to the first mark for the first time.

The lead changed hands twice on the second leg, with the USA reaching the third mark in front. The Kiwis would regain the lead, but Spithill came out better in two close passes on the fifth leg to gain an advantage he wouldn’t surrender.

New Zealand’s win in the day’s opening race by 2min 4sec was the biggest margin in the match so far.

Spithill was a fraction early across the line to draw a penalty that handed Burling an instant advantage.

The USA managed to pull ahead on the third leg, but when the boats came together again at close enough quarters to spark protests from both teams it was the USA who were penalized for failing to give New Zealand enough room.

That setback was followed by a poor jibe that saw the USA come off their foils, ending their hopes of catching New Zealand again.

“We’re frustrated with race one,” Spithill said. “We felt we had a great race going with the Kiwis. We’re pretty disappointed with the umpire call. It’s an onfield decision, you’ve just got to live with it.

“Unfortunately those guys were just able to slip away.” – Agence France-Presse