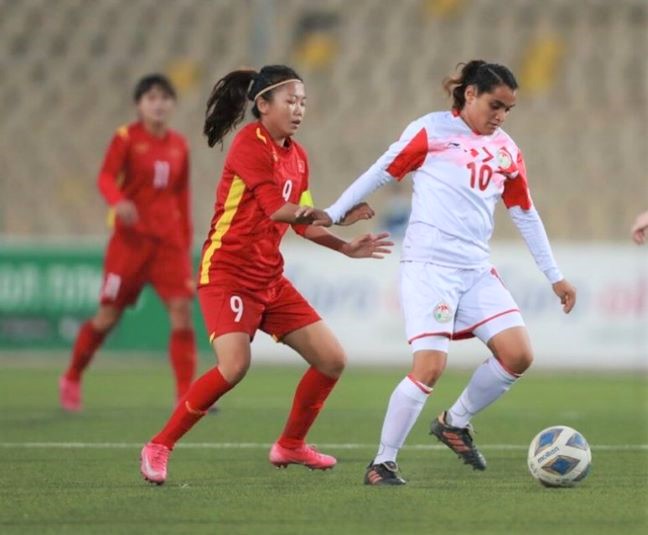 Vietnam crushed hosts Tajikistan 7-0 last night at the Pamir Stadium in Dushanbe to join four other teams from ASEAN for the 2022 AFC Women’s Asian Cup.

The 2022 AFC Women’s Asian Cup will be held in India from 20 January to 6 February in India.

Vietnam, who had whitewashed Maldives 16-0 in their first game in Group B, showed plenty of vigour against Tajikistan with top scorer Phạm Hải Yến hitting a brace off goals in the 14th and 73rd minute.

With the perfect full points from three matches, Vietnam won Group B to book their place to India as they joined four other ASEAN teams for the expanded 12-team meet.

Australia had already qualified for the women’s continental tournament following their second-place finish at the 2018 AFC Women’s Asian Cup in Jordan.

And over the course of last week, the Philippines were the first team from ASEAN to confirm their passage to India, to be followed by Thailand and then Indonesia.

Two other teams from ASEAN – Myanmar and Laos – will play their qualifying matches next month, starting from 18 October 2021.