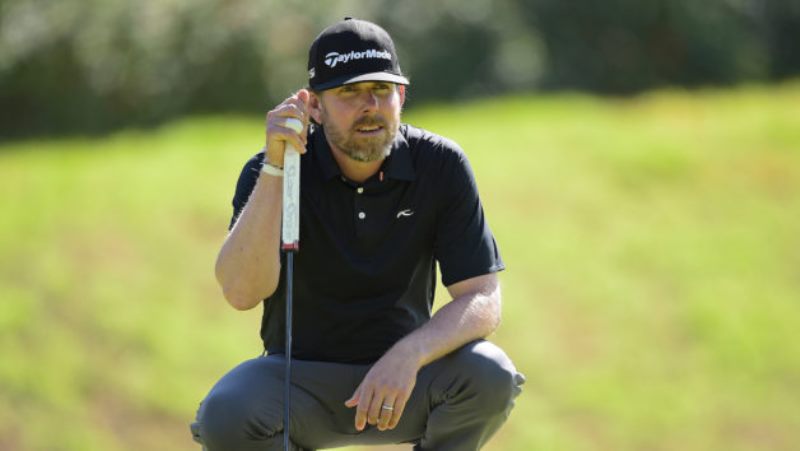 The event will be contested for the second time from December 8 to 9, 2019 at The Royal Melbourne Golf Club in Melbourne, Victoria, Australia just days before the Presidents Cup tees off at the same venue.

Appleby is a five-time representative for the International Team (1998, 2000, 2003, 2005, 2007) and nine-time PGA TOUR winner, with his most recent victory taking place at A Military Tribute at The Greenbrier in 2010, where Appleby became the fifth player in PGA TOUR history to card a 59.

His birdie from just outside 10 feet on the par-3 18th hole at The Old White TPC capped off his historic round, which erased a seven-stroke final-round deficit and led to a one-stroke victory.

A Cohuna, Australia native, the 47-year-old also has two Web.com Tour victories and three titles on the ISPS Handa PGA Tour of Australasia, including the 2001 Australian Open and 2010 Australian Masters.

“Junior golf has developed greatly from when I was a youth when we did not have opportunities such as this,” Appleby said. “Having competed on the victorious 1998 International Team at Royal Melbourne I want to share that experience with these kids because they are future PGA TOUR and Presidents Cup Team members on both the U.S. and International Teams.”

The Junior Presidents Cup captaincy is seemingly a perfect fit for Appleby, who focuses his charitable pursuits on helping junior golfers through his foundation. The key vision of the Stuart Appleby Junior Golf Foundation is to provide quality, fun golf experiences to junior golfers throughout Victoria, which is evidenced by his annual Stuart Appleby Rookie Series events. Allied to this are the opportunities that the game of golf can provide to Victorian youth at club level and beyond, along with opportunities for career development in golf.

“I owe so much to the game of golf.  It has presented a kid like me from Cohuna, Australia to travel from the dairy farm around the world,” Appleby said. “The game gives so many opportunities and teaches lessons that kids can learn whether they pursue it as a profession or simply enjoy the game as a hobby. I feel I owe it to take the lessons I have learned from the game and help provide those to other kids who truly will be the future of golf on all levels.”

Leonard made his PGA TOUR debut that same year after becoming the fourth golfer to advance directly from college to the TOUR without going through Q-School. He is a 12-time winner on the PGA TOUR, including The Open Championship in 1997, which he followed up a year later with his triumph at THE PLAYERS in 1998.

“It is a true honor to be named captain of this year’s Junior Presidents Cup team,” Leonard said. “I am so excited to be part of representing the U.S. with the best junior golfers our country has to offer. It will be so special for these young players to compete on the same course, Royal Melbourne, that the pros will play just a few days later.

“After attending the Junior Presidents Cup [in 2017] to watch my nephew, Turner Hosch, compete, I realized how special this event is for all involved. I look forward to sharing my experience as a player and watch with awe how these junior golfers play the game.”

Leonard, who competed in 23 AJGA events from 1986-1990, knows firsthand the impact the organization has in developing golf’s next generation, as evidenced by his sponsorship of the AJGA’s Justin Leonard/Deloitte Junior Championship, which was contested from 1998-2006 in his native Dallas.

“It is amazing to see the impact the AJGA has had on growing the game of golf and giving these boys and girls the chance to compete at such a high level,” Leonard said. “Competing in AJGA events helped prepare me physically and emotionally to take my game to the next level. The memories and friendships I cultivated during my junior golf days are ones that last a lifetime.”

Leonard and Appleby faced off three times in the Presidents Cup, including twice at Royal Melbourne in 1998, where the two halved their first-day foursomes match before Appleby and Vijay Singh defeated Leonard and Tiger Woods in four-ball later that afternoon.

The U.S. Team will be made up of the leading 12 qualified players based on the Rolex AJGA Rankings as of September 5, 2019. In the event of a tie for 12th place, the selection will be decided by the individual ranked highest on the World Amateur Golf Ranking™ (WAGR™) list at that time.

The International Team will be made up of the leading 12 qualified players based on the World Amateur Golf Ranking™ (WAGR™) as ofSeptember 5, 2019. In the event of a tie for 12th place, the selection will be decided by the individual ranked highest on the most recent previous WAGR™ revision.