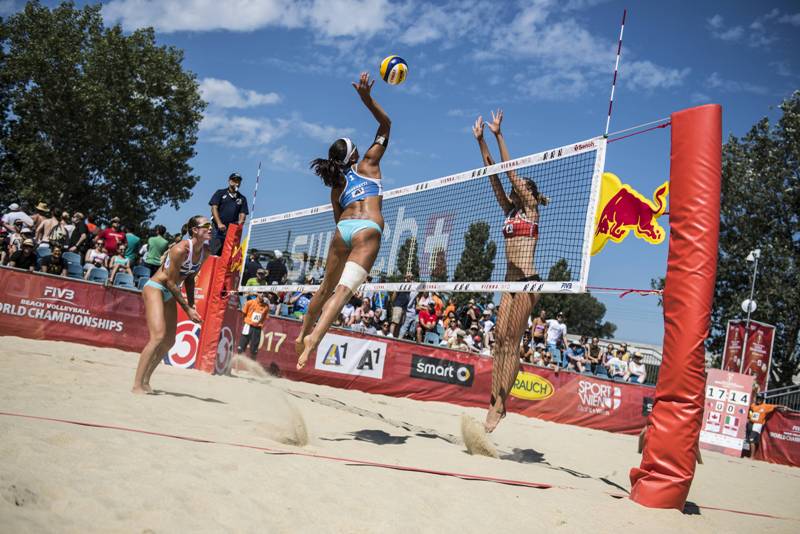 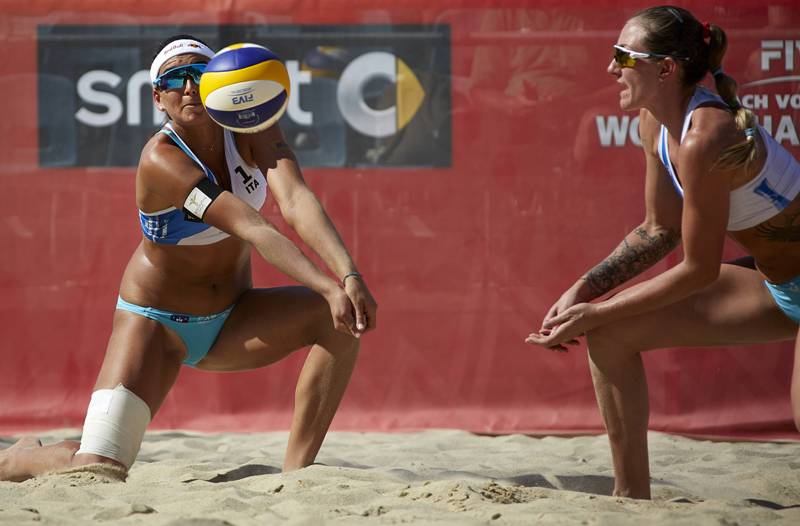 What a shock for the female Italian team.

First shock of the FIVB Beach Volleyball World Championships presented by A1! Olympic 2016 star Marta Menegatti and new teammate Diane Perry are out.

The duo’s early exit came after they lost their must-win final pool play match against Dutch duo Marleen van Iersel and Manon Flier out on side court 2.

In a tough group alongside in-form Canadians Sarah Pavan and Melissa Humana-Paredes and China’s Wang and Yue, the Italians failed to register a single victory on the Danube Island.

Obviously after such a disappointing set of results, the duo were left hugely frustrated by their short time in Vienna.

“I think there are a lot things we could have done better,” said Rebecca. “I am still proud of how we fought.

“But this entire tournament our sideout has really suffered. Even though it was a little bit better this game with respect to the last two games, it wasn’t as good as it should be, or as it could be and as it usually is.  I am disappointed because we had the possibility of winning at least against China and this team, but we didn’t play well.”

Menegatti added: “Today they played better than the other two times. We tried to fight until the end but I think they served really well to me, and it worked. I am so sorry for that, but they deserved the win.”

The win for the Dutch though meant they assured themselves of a place in the knockout stages – not bad for a team who made it through to the tournament at the last minute. But better still, Marleen and Manon finally recorded their first win over their opponents at the third attempt.

Marleen said: “Today was all about dedication, we were not going to lose a third time to them.

“Our serve pressure was way higher than in Poland and I think that made the difference.  If you play at this level anything is possible. This is finally the level that we want to be at.  We were hoping to have it sooner in the season but it only comes out now.  If we play like this we can beat a whole lot of other teams.”

“We had more trust after the win yesterday,” added Manon. “We were focusing on this game when we knew our pool because this was our chance to pass to the next round.

“During this tournament we gained some trust because we played a good set against Canada and then two days later we beat China. Some things in our game got clearer. I know that I can rely on some strong assets that I can trust. We aren’t playing perfectly and there is still so much to learn. With this we are able to beat a lot of teams, so it’s a good feeling that we have.”