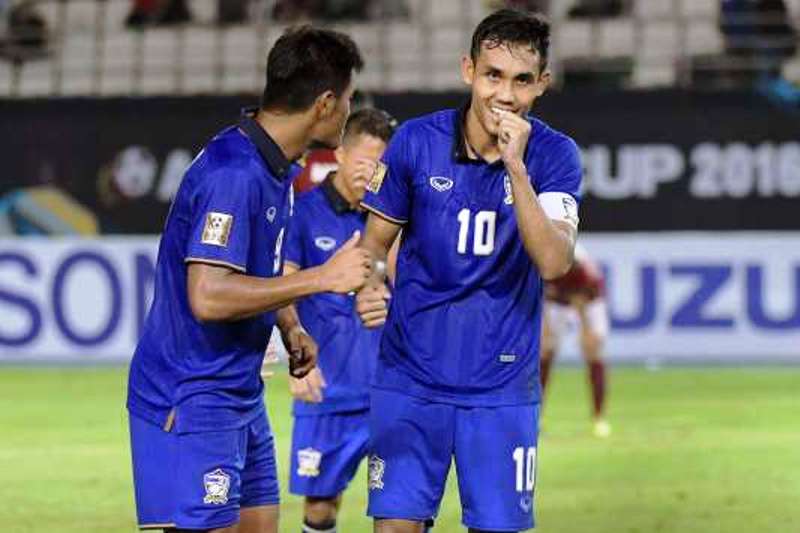 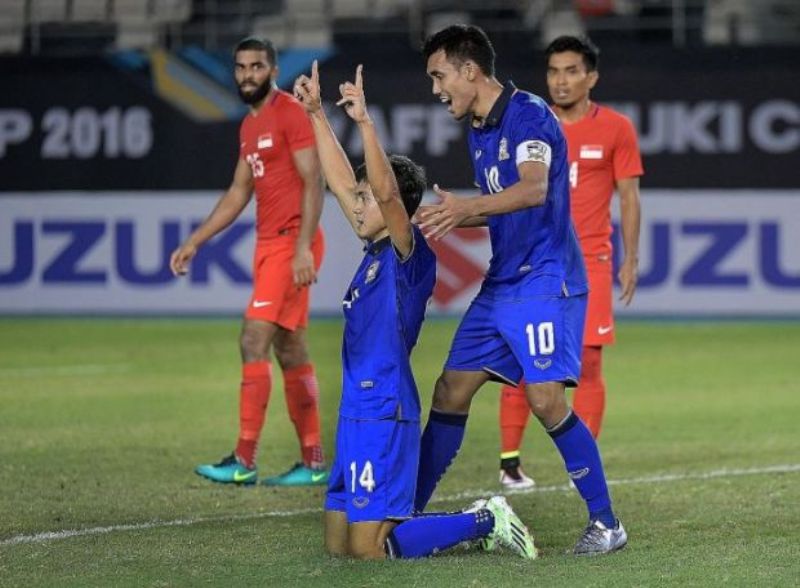 After finding his scoring boots again with the Thai national team, striker Teerasil Dangda is aiming for the away goal when they take on Myanmar in the first leg, semi finals of the AFF Suzuki Cup 2016 on Sunday.

Defending champions Thailand will take on Myanmar in the semi finals this year at the Thuwunna Stadium as the Thais aim to stamp their superiority as the powerhouse of ASEAN football.

“We must try to get a good result or score an away goal in the first leg. This would give us an advantage in the second leg,” said Teerasil.

Teerasil, who had never won the AFF Suzuki Cup before, went through a drought with the national side before he started scoring again recently against Australia in a FIFA World Cup qualifying match in Bangkok.

And after nailing a hat trick in the 4-2 demolition of Indonesia in the first game of Group A of the AFF Suzuki Cup in Manila, his confidence is brimming.

However, with the advent of substitute striker Surawut Masuk who nailed two crucial goals in Thailand’s last two matches, Teerasil’s position in the squad is anything but confirmed.