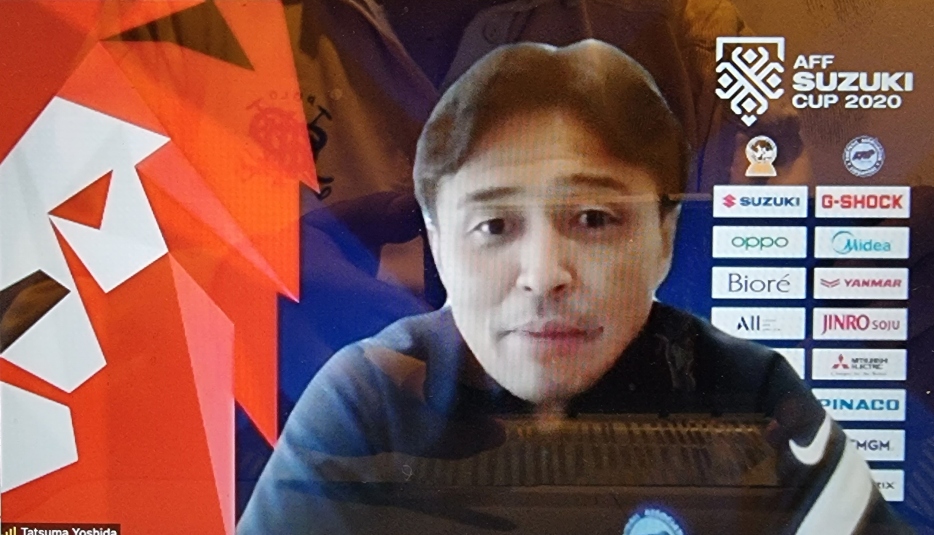 Singapore will be banking on Song Ulyong as the Philippines look for a positive start when the two clash tomorrow night in Group A of the AFF Suzuki Cup 2020 at the National Stadium tomorrow night.

Singapore head coach Tatsuma Yoshida said this afternoon that Ulyong brought a different dimension to their game and where he will be called upon once again when they take on the Philippines tomorrow night.

“For sure, Ulyong provided a lot of strength in midfield. He brought a different mentality and fighting spirit,” said Yoshida.

“It was an important three points in the last game, so for now we have to reset and start all over again. We need to reset the physical and also mental state of the players.

“We do not know much about the Philippine team although we know that they have access to quality players.”

In the meantime, Philippines head coach Stewart Hall said that the team is not here as tourists and so will be looking for a positive start to their first game in the group.

“We are not here as tourists, we want to go as far as possible in the competition. We are 27 players short of the strongest squad but this will give a good opportunity for the players who are here to stake their claim,” said Hall.

“After looking at the earlier matches, there’s nothing that we should be afraid of. The players have shown good intensity and tempo during training.

“Singapore will have home advantage for sure and they have the impetus but we will be looking to start on a positive note.”