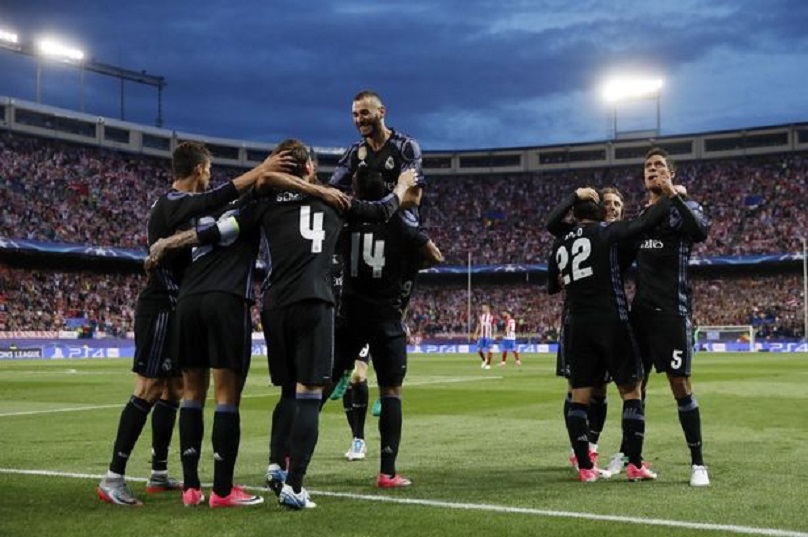 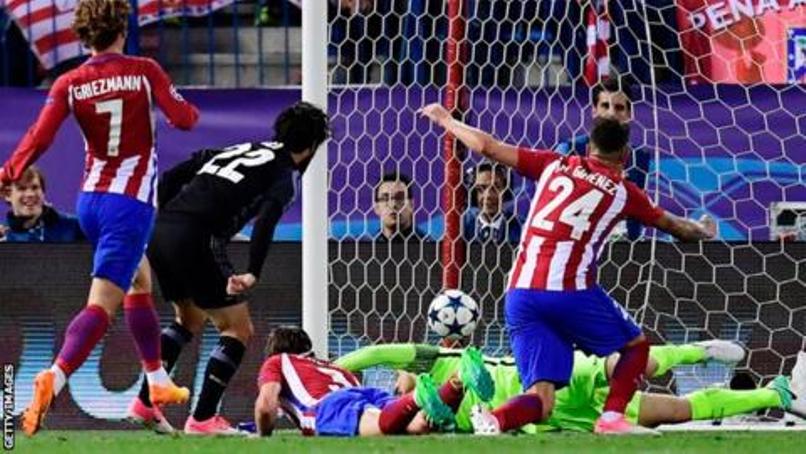 Real Madrid inflicted a fourth Champions League elimination on Atletico Madrid in as many years on Wednesday, losing their semi-final second leg 2-1 but progressing to the final 4-2 on aggregate.

The hosts fed off a ferocious atmosphere for their final Champions League match at the Vicente Calderon before moving to the Wanda Metropolitano next season.

However, Isco’s away goal just before half-time settled Real’s nerves and left Atletico with too much to do to progress.

Cristiano Ronaldo’s first leg hat-trick ultimately proved decisive and Real will seek to become the first side to defend the trophy in the Champions League era when they face Juventus in the final in Cardiff on May 3.

“I am delighted to reach the final,” said Real boss Zinedine Zidane.

“It is a long road to get there and to do so two years in a row, you have to congratulate the squad.”

An already fierce rivalry between the Spanish giants has intensified in recent years by Real’s three Champions League victories over Atletico, including in the 2014 and 2016 finals.

However, Atletico’s players went a long way towards making amends for their meek display in the first leg eight days ago in a thrilling opening.

“The team showed once more why they have been competing at this level for so many years,” said Atletico coach Diego Simeone.

“The atmosphere was one of those magical moments in the Calderon that will live in people’s memories forever.”

Real goalkeeper Keylor Navas denied Koke from close range and Fernando Torres headed over, before at the other end Jan Oblak made a brilliant save from Casemiro’s header.

Atletico got the goal they needed to get back into the tie 12 minutes in when Koke’s outswinging corner was met powerfully by Saul for his fourth Champions League goal of the season.

Just three minutes later Atletico truly believed they could pull off the most unlikely of comebacks when Fernando Torres was upended by Raphael Varane inside the box.

Griezmann had missed his previous two penalties against Real, including in last year’s Champions League final.

This time the French international found the net, albeit with a bit of fortune as Navas got a hand to his mishit spot-kick but couldn’t keep it out.

Fierce challenges then rained in from both sides as Turkish referee Cuneyt Cakir struggled to keep control, with five players booked inside the opening 37 minutes.

However, Real regained their composure to get the vital away goal they needed for some extra breathing space just before half-time.

Karim Benzema somehow escaped the attention of three Atletico defenders on the by-line and cut the ball back for Toni Kroos.

Oblak made another brilliant stop to deny the German, but Isco followed up from close range to bundle the ball home.

Ronaldo had scored eight times in his previous three Champions League appearances, however, the closest the World Player of the Year came to adding to his record 21 goals against Atletico was a driven free-kick at the start of the second half that was beaten away by Oblak.

Atletico had their chances to put the tie back on a knife-edge as Navas produced an incredible double save from Yannick Carrasco and Kevin Gameiro.

The Costa Rican then got down low to his right to turn behind Griezmann’s low volley and Gameiro failed to turn home another great opportunity from point-blank range.

A torrential thunder storm disrupted the final stages, but lightning has now struck four times for Atletico against Real and Zidane’s side will head to Cardiff seeking a 12th European Cup against his former club. – Agence France-Presse