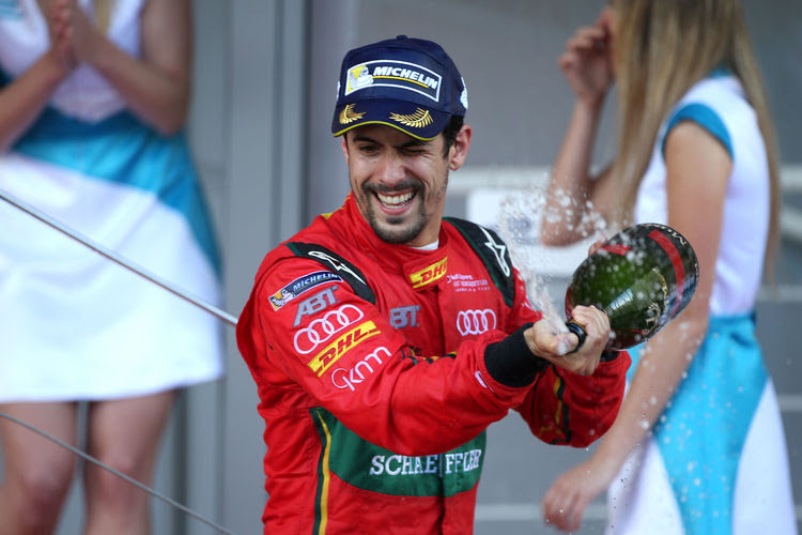 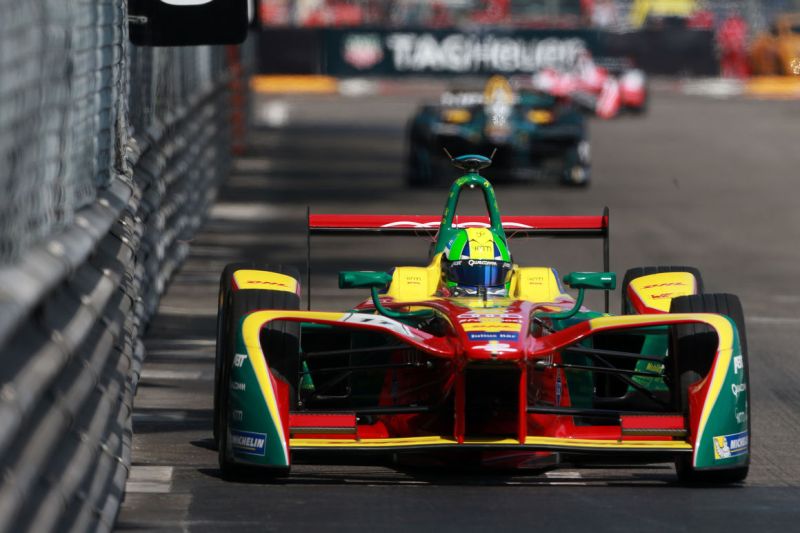 Second place for the Brazilian in Formula E race in Monaco

Next Formula E race to be held in Paris next Saturday

Audi factory driver Lucas di Grassi has clinched another podium result in the Formula E electric racing series on the shortened Formula 1 circuit in Monaco, his adopted country, and in round five of the season kept the crowd in suspense up until the end.

The Brazilian laid the foundation for his strong second place in qualifying. Di Grassi qualified for the individual time trials of the quickest five by a narrow margin and, in spite of contact with the guard rail in the final turn before the finish, secured position two on the grid.

At the start, the Team ABT Schaeffler Audi Sport campaigner defended his second place and, like all drivers, used a safety car period shortly before the race’s midpoint to pit. Subsequently, di Grassi went on to chase the leader, Sébastien Buemi, caught up with him and crossed the finish line in second place in a photo finish with a deficit of only 0.320 seconds.

His teammate, Daniel Abt, started from position nine. The German practiced clever restraint in the commotion in turn one, was initially running in position eleven and in a strong race afterwards advanced into the points. For the third consecutive time, Abt took seventh place.

Before Formula E’s round six in Paris next Saturday, Lucas di Grassi, with no change in the standings, continues to trail Monaco winner Sébastien Buemi with a 15-point deficit in second place. Daniel Abt ranks in position nine. In the teams’ classification, ABT Schaeffler Audi Sport has maintained position two.

Before this weekend, would you have expected to be in contention for victory in Monaco?

Lucas di Grassi: “After the first free practice on Saturday morning, my aim was a top-five result. I just barely made it into the Super Pole of the quickest five. That I managed a good lap there was very important because overtaking in Monaco is near-impossible. The race went well, unfortunately, Séb (Sébastien Buemi) made no mistakes. Otherwise, I would have tried an attack. Our car was running well in Monaco and the team did another fantastic setup job. I’m very pleased with the weekend and happy about the 18 points.”

“At first, Séb was a little faster. The first car didn’t feel quite as good. I concentrated on saving energy. Grip came with the second car. I was able to follow Séb and put pressure on him in the end. I had about one percent more energy than he had. Naturally, I tried everything to win the race. In the end, I had 0.0 energy. But, as I said before, overtaking on this track is near-impossible even if you’re clearly faster.”

Is that why you didn’t attempt to overtake him?

“As a good, experienced driver, you know how to close the door in Monaco. Séb simply didn’t leave any doors open for me. Neither would I ever completely put a good race result at risk by trying to overtake in a section where this is simply not possible. Had we been on a track where the straights are longer than 360 meters, I would no doubt have tried it because my car was good and fast.”

In Monaco, new rims providing an aerodynamic advantage were used. Did that pay off?

“In motorsport, it’s not a single aspect that causes you to advance, but it’s always the sum of many small improvements. I’m very happy that Audi is now fully committed to Formula E and helps us in various ways. But, due to the tight regulations, we can only take small steps at the moment. Renault has been on the Formula E grid from day one and is very strong. In season two, we had a deficit. The gap has become a little smaller this season and I’m hoping for this trend to continue in the future. It’s also clear, though, that I had to risk a lot in Monaco and constantly drive 100 percent.”

Next Saturday, the next Formula E race is coming up in Paris. Your expectations?

“I won in Paris last year. I’m going to try to win there again.”