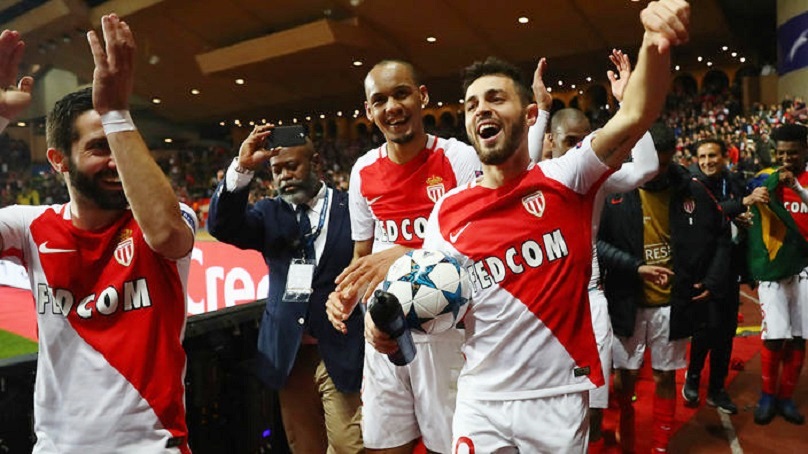 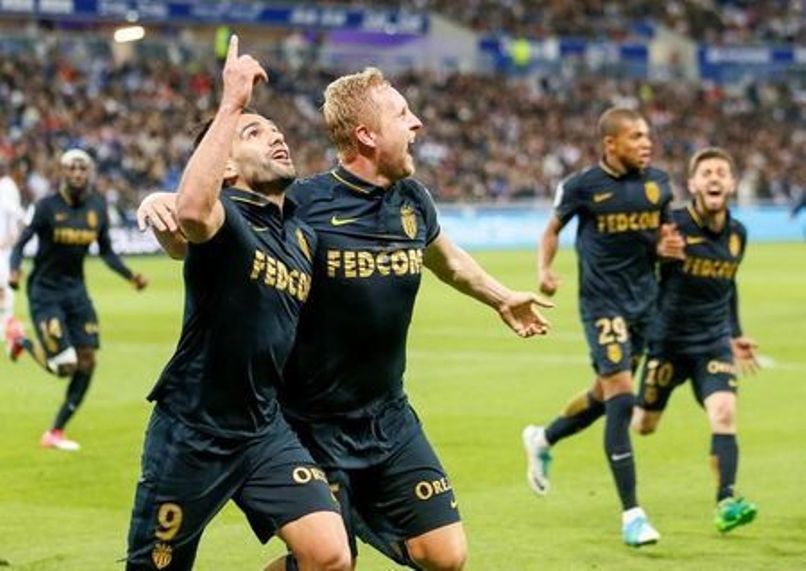 Teenage star Kylian Mbappe helped Monaco secure their first Ligue 1 title in 17 years with his 15th goal of the season in Wednesday’s 2-0 victory at home to Saint-Etienne.

The 18-year-old raced clear of the visiting defence to nervelessly roll in the opening goal after 19 minutes at the Stade Louis II as Paris Saint-Germain’s four-year reign as French champions came to an end.

Valere Germain added a second with the final kick of the match.

“We can finally say we are champions. I’m very proud of this team, of these players. It’s a dream for me, I’m very happy,” Monaco captain Radamel Falcao told Canal+.

Leonardo Jardim’s side were effectively guaranteed the title after Sunday’s 4-0 win over Lille due to their vastly superior goal difference and needed just a point to secure an eighth league crown.

Monaco’s 11th straight victory bumped them up to 92 points, six ahead of PSG, and they can match the capital club’s single-season record of 30 wins in Saturday’s final game at Rennes.

“We’ve been able to hold on all the way against teams like Paris and Nice who kept up with the pace until the end,” said Mbappe.

“Unfortunately for them but luckily for us, we’re the ones leaving with the trophy.”

Not since Claude Puel guided a squad featuring Fabien Barthez, David Trezeguet and Willy Sagnol to the 1999-2000 title had Monaco been crowned kings of France.

Saint-Etienne held Monaco to a 1-1 draw in October, but Christophe Galtier’s side arrived in the principality low on confidence after their 5-0 thrashing by PSG and decimated by injury.

Mbappe’s meteoric rise this season has seen him torment some of Europe’s leading clubs and it was hardly surprising the teenager made the crucial breakthrough after a cautious start.

Stephane Ruffier palmed away a Mbappe snapshot with the first real chance, but there was little he could do moments later when the striker latched onto Radamel Falcao’s threaded pass and calmly rounded the Saint-Etienne goalkeeper before slotting home.

Monaco were far from their free-flowing best which had seen them become just the fifth team to rack up over 100 goals in a French season, with Danijel Subasic forced to save from a Florentin Pogba header.

However Falcao came close to providing Monaco with added breathing space when his powerful header from a corner was superbly kept out by Ruffier.

Saint-Etienne youngster Arnaud Nordin charged through the left-hand side of the Monaco defence after setting off from inside his own half, but his final effort lacked the pace to trouble Subasic.

Germain, who was with the club in 2011 when Monaco were languishing at the foot of the second divison, should have sealed the victory on 74 minutes when Mbappe slid the ball across only for him to shin wide with Ruffier well out of the picture.

But he made amends deep into stoppage time as Thomas Lemar sprang a counter-attack that left Germain with the simplest of tap-ins to complete a memorable evening.

“We’ve had a superb season both individually and collectively. I think we fully deserve it,” said Germain.

“This year we’ve been uncompromising. You have to congratulate the whole group and especially everyone in the ground who was magnificent tonight.” – Agence France-Presse