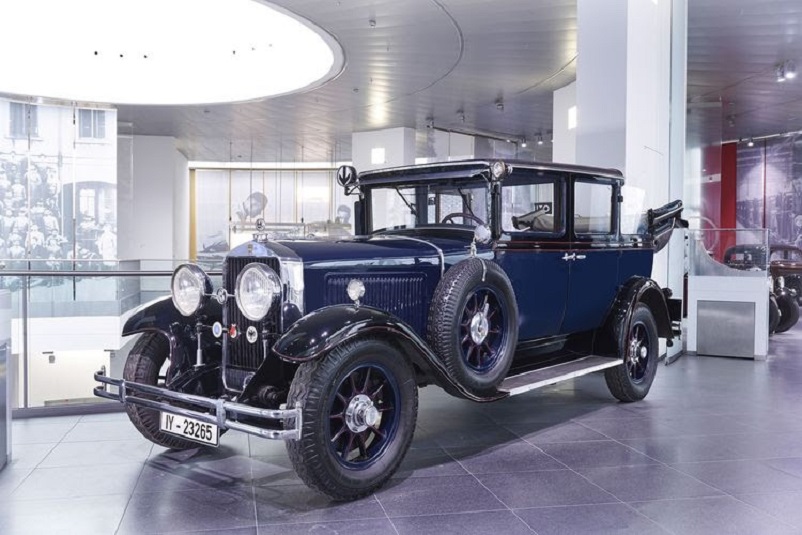 Now icons such as the Audi TT, Audi RS 4 and Audi A2 are in the museum

It will soon be twenty years since the Audi museum mobile first opened its doors on 15 December 2000. Over the first twenty years of the new millennium, Audi AG has added many chapters to its success story. During that time automotive classics have been created and new milestones in technological development set.

As part of this, the huge paternoster will be a delight to behold for all motor sport fans. From now on the history of motor sport at AUDI AG will be taking a ride where previously exhibits for particular topics regularly exchanged places.

With the exception of the Auto Union Silver Arrows which will remain in their traditional spot on the third floor of the museum, everything which, since the 1960s, has made Audi into the sporty brand it is will be presented on the revolving platforms which accompany visitors on all four floors.

This restructuring has made it possible to redesign the previous motor sport exhibition area on the second floor and equip it with more recent Audi icons. In future visitors will see the Audi TT Coupé – a design icon – plus the legendary Audi A2 and the Audi A8, a witness to Audi’s return to the luxury segment.

The same applies to the Audi RS 4 and the Audi Convertible with its five-cylinder engine which represent the new sportiness of the brand as well as the Audi Allroad quattro from 2001 which heralded the extremely successful SUV segment. This is rounded off by the Audi Duo III, with which the brand with the four rings was already testing electric mobility in the 1990s.

And on top of that, technology fans can look forward to three special engine models from the company’s history. From now on a fully functional copy of August Horch’s first innovation, the smooth-running engine from 1901, will be on view in the pre-war section on the upper floor. On the second floor a DKW two-cylinder two-stroke inline engine from the 1950s and an NSU/Wankel rotary engine from 1968 now stand together with the other cutaway engine models.

After twenty years, it is also necessary to replace some exhibits with exhibition pieces of equivalent value, as leaving historic vehicles to stand for a great length of time is not good for them. Thus the Horch 303 from 1927, the first German eight-cylinder vehicle, is leaving the museum.

This special automobile will be replaced in spectacular fashion by its successor model, the Horch 305 from 1928 with the very special Landaulett body – one of the last survivors of its kind. Also joining the exhibition is the Audi Front Roadster from 1936 of which there are now only two and which Audi Tradition had restored to its original state years ago. Another two exciting cars from the pre-war era will also be on show.

In 1939 the predecessor to Audi, Auto Union AG, presented the Horch 930 S, a study with a streamlined body at the automotive show in Berlin. Another vehicle to be included in the permanent exhibition is the DKW F 9 prototype from 1940. The war prevented the series production of both models. Visitors to the Audi museum mobile can see them now.

There is yet another special contemporary automotive witness to find its way into the exhibition – however not as a replacement for another exhibit but to represent an extremely important moment in the company’s history: the DKW Munga which was built by Auto Union GmbH from 1956.

The off-road vehicle was ordered by the German armed forces founded 65 years ago. It thus helped the young company from Ingolstadt to survive the hard post-war era and contributed towards making the future possible where AUDI AG finds itself today. – Audi Media Center