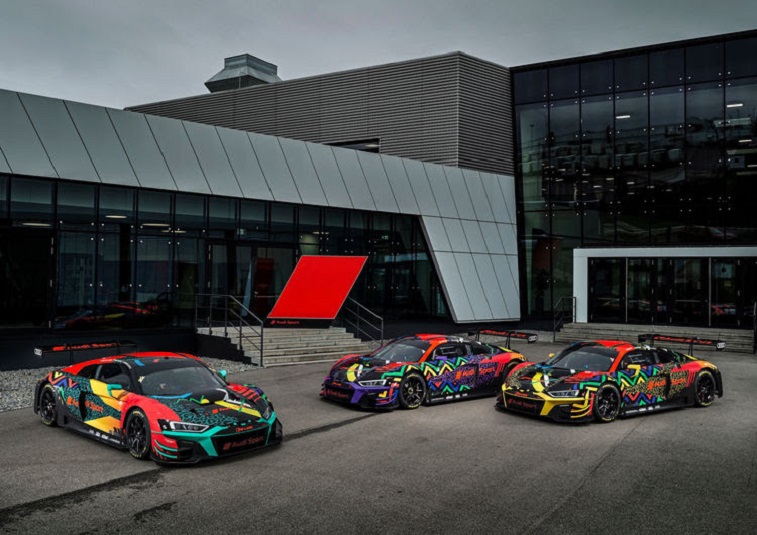 Audi will face the world GT3 sports car elite for the last time this year at the Kyalami race track between Johannesburg and Pretoria from December 10 to 12, 2020.

After three major endurance races in Australia, the USA and Europe, the Kyalami 9 Hour race will complete the 2020 season in the Intercontinental GT Challenge (IGTC). Three Audi Sport race cars and a privately used R8 LMS represent the brand in South Africa.

The traditional Kyalami 9 Hour event, which was revived last year, inspired participants and audience alike. “The varied circuit in South Africa has prepared an exciting race for us and also marks the finale of a demanding season in the IGTC in 2020,” says Chris Reinke, Head of Audi Sport customer racing. “We are third position in the manufacturers classification and are doing our utmost to improve our position.”

Audi Sport Team WRT from Belgium, which has already won 24-hour races, other major competitions and dozens of championships with the R8 LMS, is preparing two race cars. Markus Winkelhock, currently fifth in the standings and the best-placed driver of the four rings, shares a cockpit with his Audi Sport driver colleagues Dries Vanthoor and Kelvin van der Linde. In the Belgian outfit’s second car, Charles Weerts has a chance to prove himself alongside Audi Sport drivers Frédéric Vervisch and Mirko Bortolotti.

At 19 years of age, privateer Weerts is the youngest ever driver to win the GT World Challenge Europe Sprint Cup, a feat he achieved in October in one of the most fiercely contested GT3 racing series in Europe.

Audi Sport Team Car Collection completes the line-up of Audi Sport customer racing in South Africa with another R8 LMS. There, the Audi Sport drivers Mattia Drudi, Christopher Haase and Patric Niederhauser take turns in the cockpit. Last year, Christopher Haase and Markus Winkelhock in fourth place at Kyalami missed the podium by just six seconds. Peter Schmidt’s team, which has years of experience in endurance racing, will also be entering an Audi R8 LMS for a private driver line-up yet to be determined.

After the Audi R8 LMS attracted a lot of attention last year with its eye-catching zebra design created exclusively for Kyalami, the three Audi Sport racing cars will again receive unique liveries for the finale this year, which will reflect the colors of South Africa.

The drivers can look forward to a varied 4.522-kilometer circuit with significant changes in elevation and 16 corners with very different radii. Its layout made many exciting situations and overtaking maneuvers possible twelve months ago. The Kyalami 9 Hour race will be streamed live on www.intercontinentalgtchallenge.com on 12 December from 11 a.m. to 8 p.m. (CET).