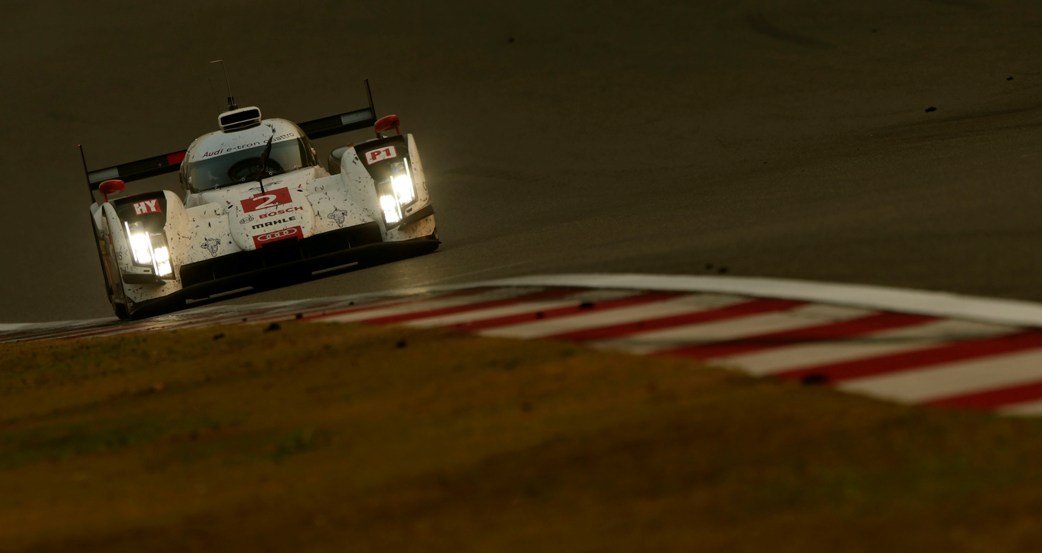 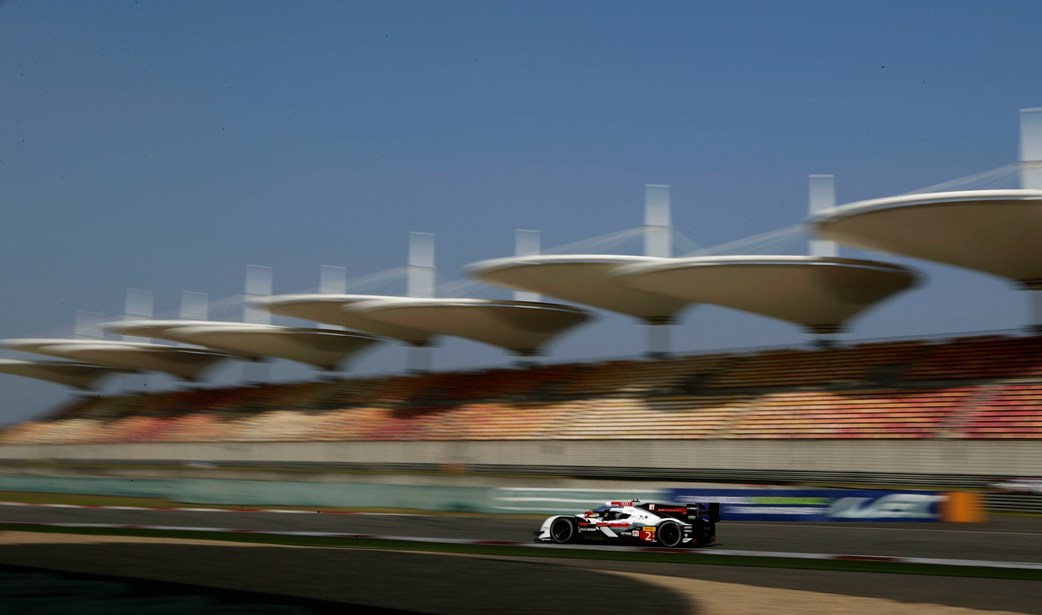 Audi just missed out on a podium place in round six of the FIA World Endurance Championship (WEC) at Shanghai. Marcel Fässler/André Lotterer/Benoît Tréluyer (CH/D/F) in the best Audi R18 e-tron quattro had to admit defeat in the six-hour race. The Le Mans winners crossed the finish line in front of their team-mates Lucas di Grassi/Loïc Duval/Tom Kristensen (BR/F/DK).

Audi had no chance of repeating last year?s victory on the 5.451-kilometer track at Shanghai. Qualifying had previously indicated that the R18 e-tron quattro is unable to show its full potential in tight turns and on long straights. In spite of this disadvantage, a thrilling battle with the number 14 Porsche for a podium position ensued. Thanks to a successful race set-up and good driving performances Audi remained in striking distance of its rival, who had achieved the best time in qualifying, for a long time. However, an additional refueling stop shortly before the end of the race deprived the Audi squad of any chance to clinch a trophy.

Marcel Fässler/André Lotterer/Benoît Tréluyer were running in fifth place for a long time. However, a fifth pit stop that was made earlier than scheduled for tactical reasons gave the 2012 World Champions an advantage over the sister car and they achieved fourth place. As a result, the driver trio improved from third to second place in the drivers? standings. Di Grassi/Duval/Kristensen completed Audi?s team result in China in fifth place, with Audi outperforming the number 20 Porsche in the process.

After the sixth of eight WEC races, the brand with the four rings, trailing Toyota with a 29-point gap, remains the runner-up in the manufacturers? classification. As a result, the title decision has been postponed. In just 13 days from now, the FIA WEC will be holding round seven at the Bahrain International Circuit. Audi ? the early winners of the manufacturers? and drivers? world championships in 2012 and 2013 ? is going to leave no stone unturned to continue to delay the title decision in the desert of the gulf state.

Dr. Wolfgang Ullrich (Head of Audi Motorsport): ?Although the results are a little better than those in qualifying, they?re obviously not satisfactory. We knew that it would be difficult here. The yellow period at the beginning helped our competitors with gasoline engines. They were able to refuel early and, as a result, saved a stop at the end. In our case, due to the prescribed fuel tank capacity and the stopping intervals, this wasn?t possible. At Shanghai, we simply didn?t have a chance on the long straights.?

Chris Reinke (Leiter LMP): ?We experienced a difficult race on a track that doesn?t ideally suit our concept. We weren?t in contention for the top spot but the competition within the team and the battle with our ?Group sister? Porsche was all the more thrilling. The team and the drivers made use of their possibilities and did an impeccable job.?

Ralf Jüttner (Team Director Audi Sport Team Joest): ?The way the race went was a bit unfortunate for us. The cars with gasoline engines profited from an early safety car period. As a result, they didn?t have to pit at the end. Only the number 20 Porsche, which had a puncture, ultimately made the same number of stops as we did. At the finish, it was trailing us. A nice battle ensued with the number 14 Porsche but due to the number of stops we were unfortunately not on an equal footing. But at Shanghai we were better than in the previous race at Fuji.?

Marcel Fässler (Audi R18 e-tron quattro #2): ?In terms of positions, this was the maximum we could achieve today. The early safety car period didn?t help us because the cars with gasoline engines were able to pit earlier, which saved them a stop at the end. We had the disadvantage of having to refuel again at the end of the race because, due to the regulations, we have to compete with a smaller fuel tank. For us, the duel within our team was thrilling. That was high strategic art.?

André Lotterer (Audi R18 e-tron quattro #2): ?It?s a shame that we didn?t finish on the podium. We made the best of the situation. More isn?t possible on tracks with such characteristics under the current circumstances. Hopefully, things will be a bit better in Bahrain. We?re going to give it our all.?

Benoît Tréluyer (Audi R18 e-tron quattro #2): ?It was a tough race. The whole team did a tremendous job. Due to the regulations we?re not good enough on the straights. But the car was running without the slightest problems. Driving was fun; we had a great sporting contest with our sister car and the Porsche. We tried to beat Porsche and finish on the podium but it wasn?t enough for that. We?re happy with the teamwork and are very motivated for the end of the season.?

Lucas di Grassi (Audi R18 e-tron quattro #1): ?This wasn?t our best weekend. On a positive note, we improved by one position compared to qualifying. Audi took positions four and five but of course we?d have liked to battle for the podium. We gave everything but more wasn?t possible on this track.?

Loïc Duval (Audi R18 e-tron quattro #1): ?It was a tough and thrilling race. We fought an intense battle with our sister car and with Porsche. But we weren?t as good as our competitors. We?d have liked to have been in contention for a top result but the outcome today was the best we were able to achieve. Now we?ve got to prepare for the coming races.?

Tom Kristensen (Audi R18 e-tron quattro #1): ?Another bittersweet weekend. The whole team made no mistakes, the cars were running perfectly. The drivers gave their best. We had a great battle; that was probably good for television. Unfortunately, we weren?t good enough on the straights. At the same time, we had to refuel earlier. But nothing?s been decided yet. We won?t give up.?