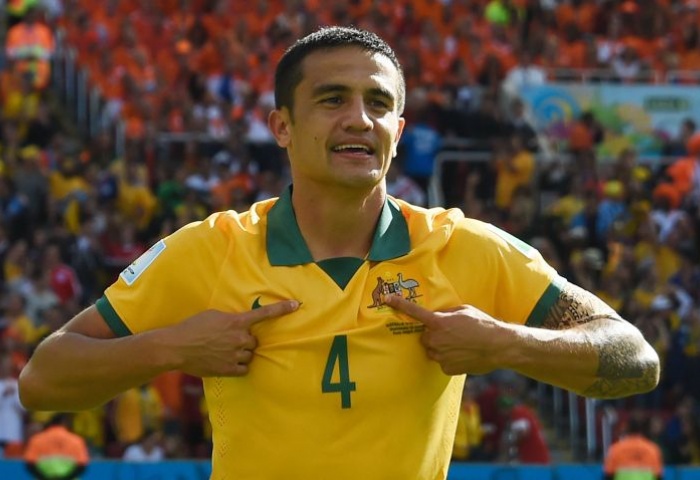 The Socceroos face Kuwait in the opening match of the tournament in Melbourne on January 9 and Postecoglou has stuck with 16 of the players who went to the World Cup in Brazil.

But he also injected some young talent and recalled in-form striker Nathan Burns, who is the leading scorer in the A-League this season.

“It’s been almost six months in the making since the FIFA World Cup,” Postecoglou said of his squad which contains no real surprises.

“We’ve had a series of games where there have been some pretty clear objectives, particularly in terms of broadening the pool and seeing whether we could get some better balance in the squad and more depth.

“In the end, I’m pretty pleased with the 23 we’ve ended up with.

“There’s a good combination of the core of the group that went to the World Cup, there’s some experience there, but also a sprinkling of guys who will enhance the squad we took to the World Cup.”

There are seven survivors from the last Asian Cup in Qatar in 2011 — Burns, Cahill, Jedinak, Robbie Kruse, Matt McKay, Tommy Oar and Matthew Spiranovic — where Australia lost 1-0 to Japan in a pulsating final.

The Socceroos will assemble in Melbourne for a pre-tournament training camp from Saturday with Postecoglou confident he can deliver at a tournament on home soil.

“From our perspective, we’re pretty comfortable with this group that they’ll all be available and, more importantly, capable of playing out the whole tournament,” he said.