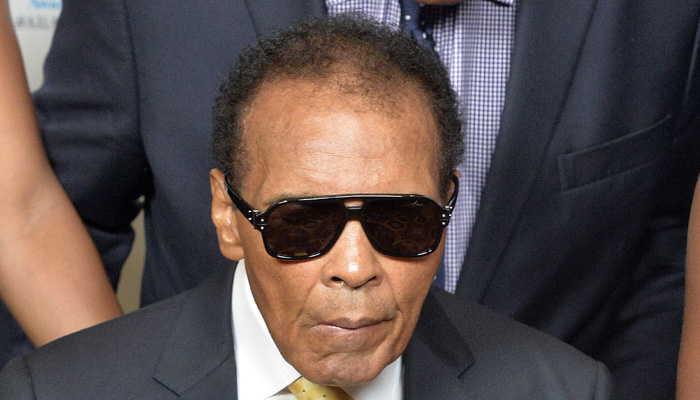 Boxing legend Muhammad Ali‘s condition is improving and he is expected to be released from hospital soon, his spokesman said on Monday.

Bob Gunnell said two days ago when Ali was admitted to hospital, that the 72-year-old’s pneumonia condition was caught early and his stay would be a short one.

“Muhammad Ali has vastly improved since being admitted to the hospital over the weekend with a mild case of pneumonia. Ali‘s team of doctors hopes to discharge him soon,” Gunnell said Monday.

Doctors and family members were concerned because Ali suffers from Parkinson’s Disease.

Pneumonia can be a dangerous complication of Parkinson’s, the debilitating neurological condition Ali has suffered from since about 1984.  – AFP