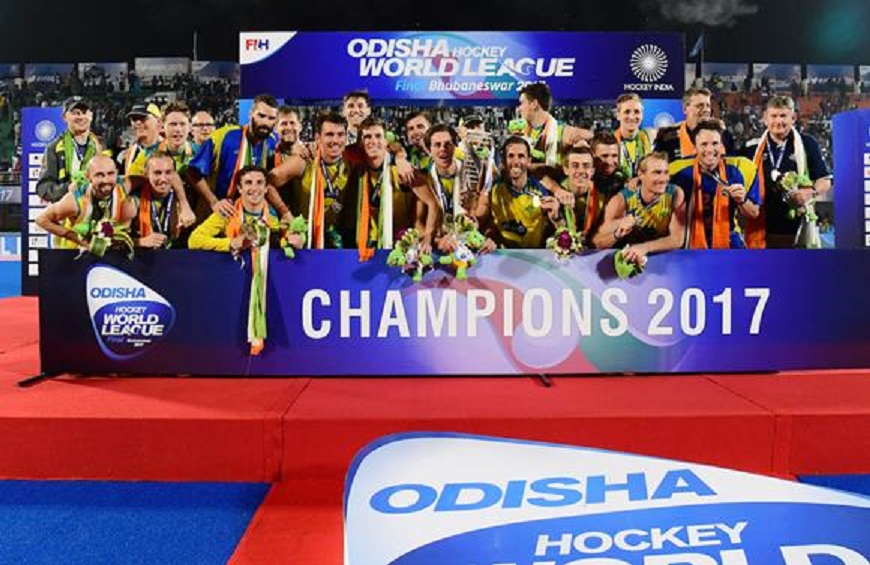 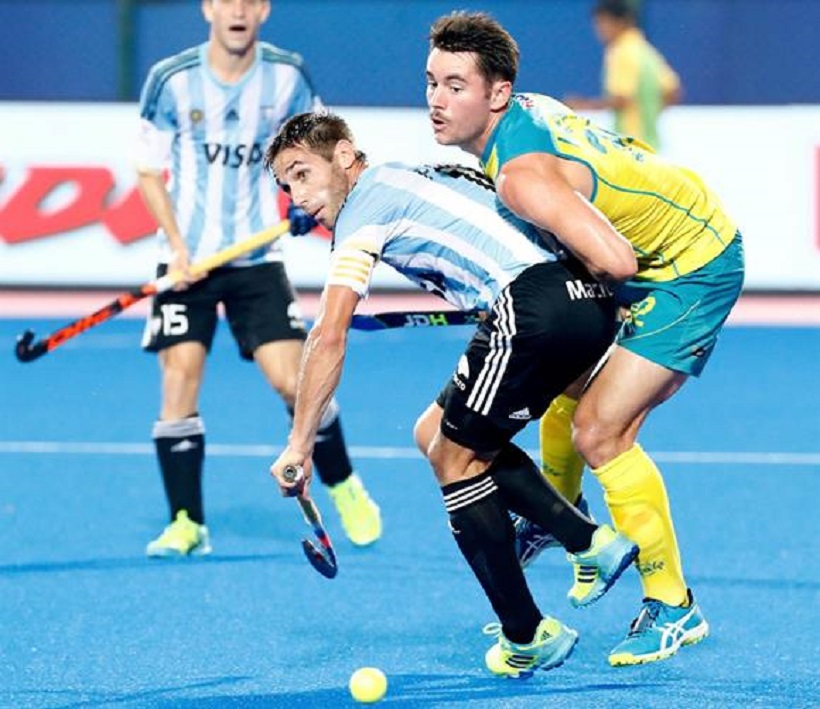 Australia’s Kookaburras have defended the Hockey World League title that they won in Raipur two years ago by claiming a 2-1 triumph over reigning Olympic champions Argentina, bringing the curtain down on ten pulsating days of world class hockey at the Kalinga Stadium.

As has been the norm here in Bhubaneswar, a huge crowd was on hand to witness the action and were treated to a contest that really could have gone either way.

The match came to life in the second quarter when Jeremy Hayward slammed a low penalty corner effort into the net to give reigning world champions Australia the lead, but it was an advantage that lasted that lasted less than a minute. 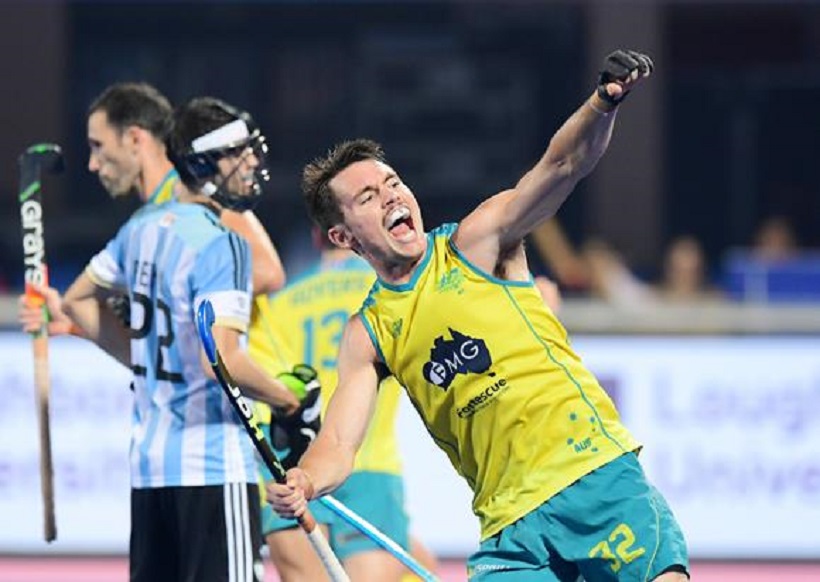 Agustin Bugallo got the goal, finding space for himself before guiding a perfectly angled deflection into the Australia net.

Both sides came close to edging ahead in the third quarter, although Australia certainly had the best of those opportunities.

The winning goal arrived three minutes before the end of the contest when Australia’s Blake Govers showed quick hands to find an Argentinean foot in the circle.

The 21-year-old made no mistake with his drag-flick, finding the bottom corner of Juan Vivaldii’s goal to put Australia on the verge of victory.

Argentina threw everything at their opponents in the dying stages, winning a trio of penalty corners. However, the Australian defence held firm to win the Hockey World League title for the second successive time.

Speaking after the match Australia captain Mark Knowles said: “It feels awesome. We wanted to come here and play the best teams in the world, and you cannot ask for a better final with the number 1 and number 2 ranked teams facing each other.

“Our team is moving in the right direction, and we are looking forward to coming back here for the World Cup next year.” 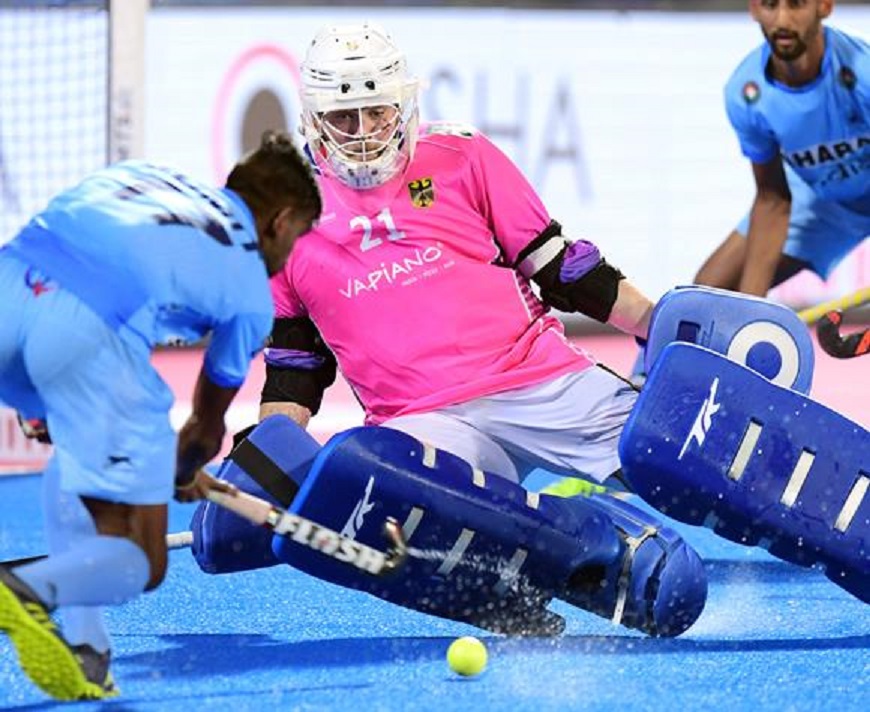 India took the bronze medal thanks to a 2-1 triumph over Germany, but it was fair from straight-forward for the host nation.

Germany’s semi-final performance against Australia attracted huge praise on Saturday, going down to a narrow defeat despite having only 13 fit players available due to illness.

With two more players going down over night, Germany found themselves having to face host the home favourites in the bronze medal match with a squad of 11, which included reserve goalkeeper Mark Appel who played as a striker.

It proved to be one of the most remarkable matches of the event, with Germany holding their own against the home favourites for long periods and even went into half time having ten shots at goal in relation to India’s three.

However, it was the Indians who went into half time with the lead thanks to SV Sunil’s excellent finish in the the 21st minute following a fine reaction save from Germany shot-stopper Tobias Walter.

Unbelievably, Germany drew level six minutes into the third quarter from the most unlikely of sources, with reserve goalkeeper Mark Appel lifting it over the onrushing Indian goalkeeper Suraj Karkera and into the net.

The strike sparked wild celebrations from Germany’s athletes, all keen to congratulate Appel on his first ever international goal. 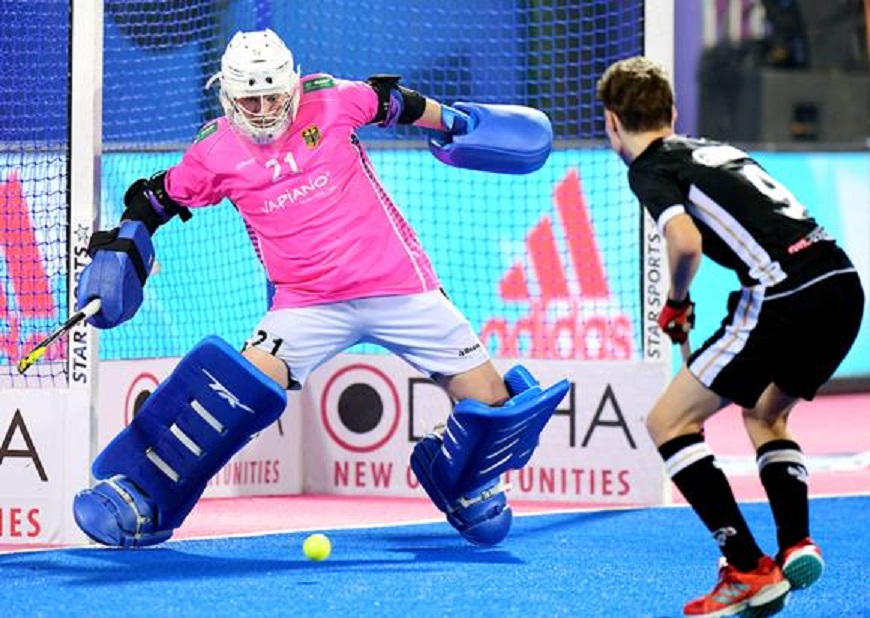 Die Honamas continued to remain very much in the game, with both sides missing good chances to win the match before Junior Player of the Match, presented by ONGC Harmanpreet Singh scored the vital goal six minutes from the end of the contest with a powerful low drag-flick to seal the bronze medal.

It was another spirited, never-say-die performance from Germany, but in the end proved to be just too much to ask.