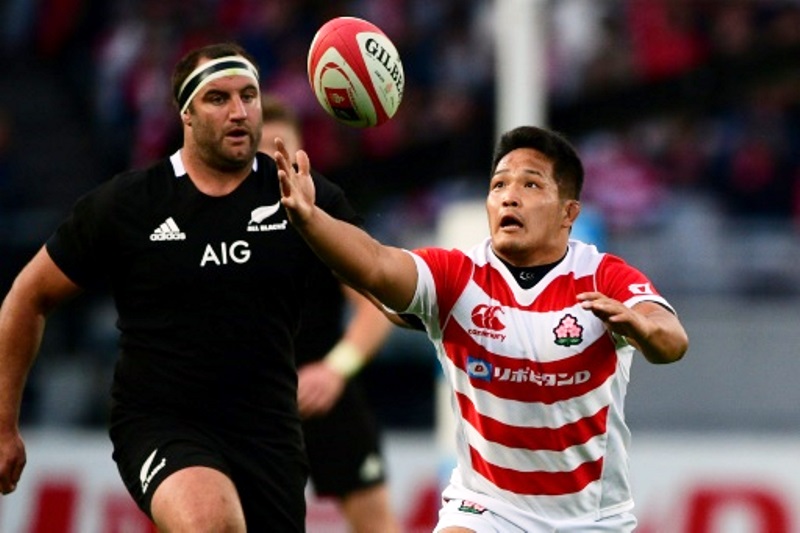 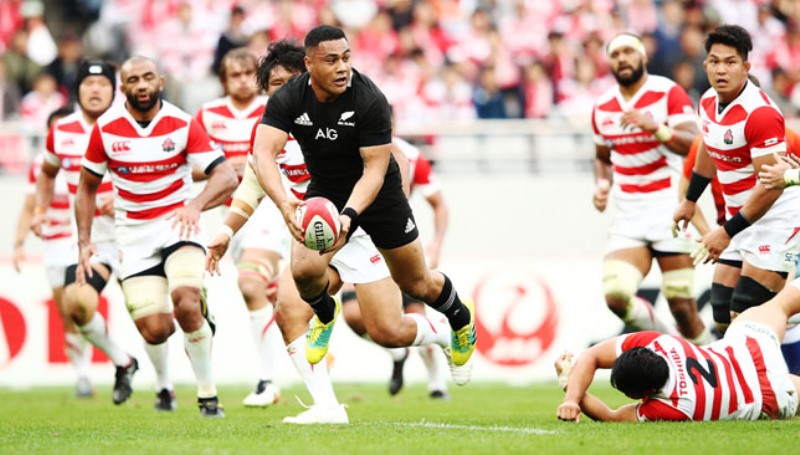 Fly-half Richie Mo’unga boosted his World Cup hopes Saturday as he sparked a second-string All Blacks side to a 69-31 victory over Japan in Tokyo.

Mo’unga scored a try and went eight-from-nine with the boot in a sparkling 22-point display for the visitors, who ran in 10 tries against the 2019 World Cup hosts.

Ngani Laumape bagged a hat-trick of tries for the world champions, while George Bridge marked his All Blacks debut with a pair after coming on at the start of the second half.

But New Zealand — resting their big-hitters for November Tests away to England, Ireland and Italy — were given a workout by Japan, who scored five tries of their own watched by a crowd of 43,000.

“We’ve put a lot of inexperienced players in a Test match against a team that’s been playing very well the last couple of years,” said All Blacks coach Steve Hansen, who picked a weakened side including eight new caps ahead of next week’s clash with England at Twickenham.

“There’s a few risks involved in that, but the boys have come through and come out the other side with a big tick.”

New Zealand had racked up a whopping 282 points in their previous three meetings with Japan, including a World Cup record 145-17 demolition of the Brave Blossoms in 1995.

But Japan stunned the All Blacks by scoring the game’s first try just three minutes in, snaffled by Samuela Anise after he had charged down Jordie Barrett’s attempted clearance.

Hooker Dane Coles marked his return after a year out with injury by grabbing New Zealand’s first try to settle nerves in a side unrecognisable from the one that beat Australia 37-20 last weekend.

The World Cup holders scored quickfire tries as Mo’unga dived over before Laumape latched on to a clever kick from Waisake Naholo to race clear.

Hendrik Tui kept Japan in touch with a controversial effort, but Te Toiroa Tahuriorangi and Laumape punched through to extend New Zealand’s advantage.

Japan refused to back down, however, and Timothy Lafaele bulldozed over in the corner to reduce the deficit to 38-19 at half-time.

Bridge scored with his first touch as an All Black after a superb burst from Mo’unga before Japan produced the game’s highlight — Yu Tamura dinking a pinpoint kick into the corner for Jamie Henry to dive over one-handed.

But the All Blacks replied with four tries in 12 minutes through Naholo, Matt Proctor, Laumape for this third of the game and a rampaging Bridge, who will have given New Zealand selectors a headache with his impressive cameo.

Lafaele stopped the bleeding for Japan by crashing over for his second try of the game as the home side had the final word of a pulsating contest.

“They’ve got a bit of razzle-dazzle about them,” Hansen said of Japan. “You get your money’s worth.

“I’m really proud of the boys,” he added of his fresh-faced side. “I think there were 169 caps out there altogether and Colesey had 56 of them — a good day for New Zealand rugby for the future.”

Japan have lost the element of surprise since their astonishing 34-32 win over South Africa at the 2015 Rugby World Cup but gave a decent account of themselves before they travel to face England on November 18.

“I’m proud of the team and the way they approached the game,” said Japan captain Michael Leitch.

“We were playing against the world’s best and they can pull tries out of their hat — it was a massive workout for us going forward.” – Agence France-Presse