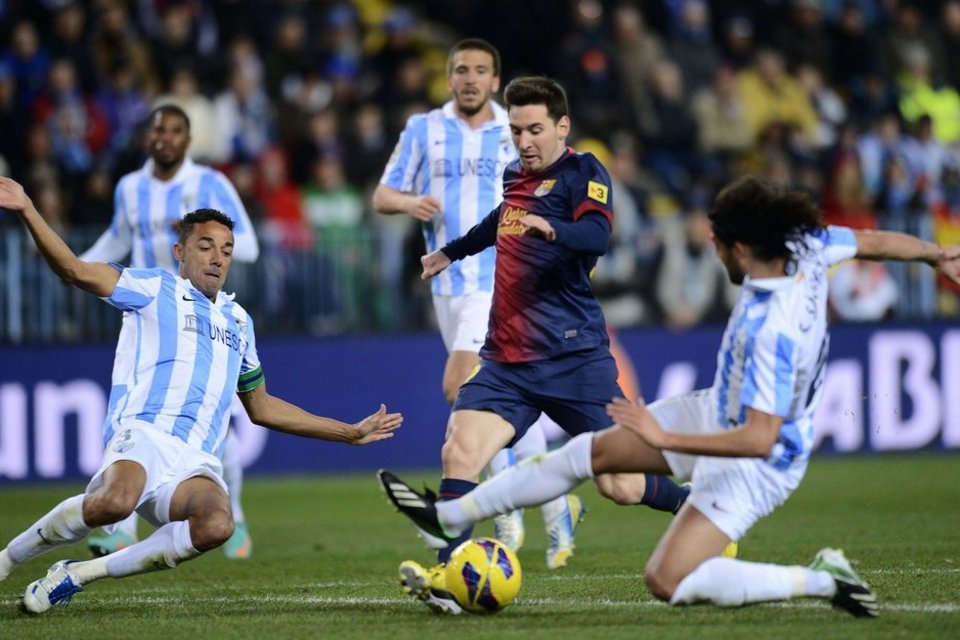 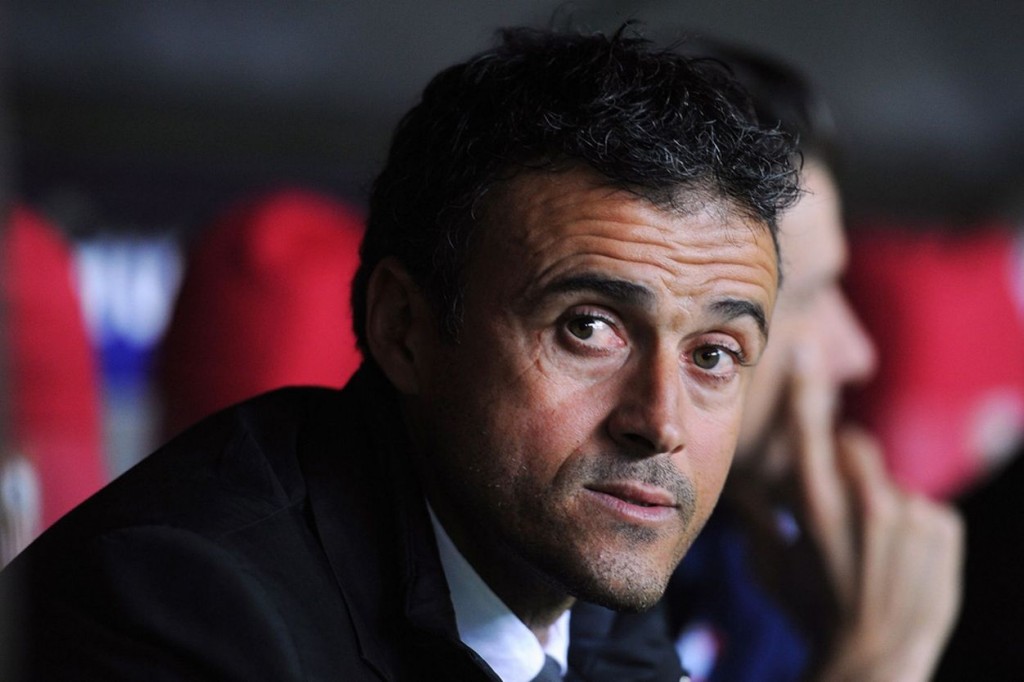 Barcelona dropped their first points of the La Liga season as they were held to an uneventful 0-0 draw away to Malaga on Wednesday.

Sevilla moved level with the Catalans on 13 points at the top of the table with a 1-0 win over Real Sociedad thanks to on-loan Barca winger Gerard Deulofeu’s winner, whilst Atletico Madrid are now just two points behind the leaders as they too won 1-0 away at Almeria.

Barca stretched their run without conceding a goal to six games, but lacked the spark they have shown so far this season as Lionel Messi was kept in check by the Malaga defence.

Indeed it was the hosts who came closest to scoring as Luis Alberto’s fine free-kick was turned onto the post by Claudio Bravo.

“We weren’t precise in the last few metres of the pitch, but at no point did we suffer,” said Barca boss Luis Enrique.

“It was the most difficult game for us so far, but that was down to what our opponents did right.

“We didn’t play as well as we can and we just have to continue improving and correcting things.”

In a first-half of few chances Nordin Amrabat had the only shot on target as his low effort was easily held by Bravo.

Barca were struggling to create clear-cut openings but twice Messi came close from Jordi Alba crosses as he chested the ball inches wide before just failing to stretch for a tap in a minute before the break.

The visitors were similarly short of ideas in the second period provoking coach Luis Enrique to replace Pedro and Neymar with youngsters Sandro and Munir El Haddadi in search of a breakthrough.

However, it was Malaga who enjoyed their best spell shortly after those changes as Roberto Rosales fired wide when well-placed at the edge of the box before Bravo produced a stunning save to turn Liverpool loanee Alberto’s free-kick onto the post.

Malaga ‘keeper Carlos Kameni the nearly gifted Barca the opener moments later as he spilled Gerard Pique’s header towards goal, but the Cameroonian smothered the ball before it crossed the line.

The hosts got a lucky break seven minutes from time when captain Weligton somehow escaped a red card for pushing Messi in the face, but they held on to claim a well-earned point.

Sevilla picked up their fourth consecutive win as Deulofeu volleyed home at the back post after just 18 minutes at the Sanchez Pizjuan.

And Unai Emery’s men were only denied a more convincing victory by a series of fine saves by Enaut Zubikarai in the second-half.

Atletico will host Sevilla on Saturday in a top of the table clash as they moved up to third thanks to a hard-fought 1-0 win away to Almeria.

The champions had to rely on their threat from set-pieces once more as Miranda rose highest to thump home Koke’s corner.

Miranda’s goal was the sixth out of seven Atletico have scored in the league so far that came from a set-piece, but boss Diego Simeone insisted he isn’t worried at his side’s inability to score from open play.

“To get a corner you have to attack. The team is working well to generate this possibility,” said the Argentine, who will return to the touchline on Saturday after completing a five-match ban.

“It doesn’t worry me to win by scoring from set-pieces because it is part of the game.”

Elsewhere, Athletic Bilbao’s disastrous start to the campaign on the domestic front continued as they lost 2-1 at struggling Rayo Vallecano, thanks to two goals from on-loan Atletico striker Leo Baptistao. – Agence France-Presse