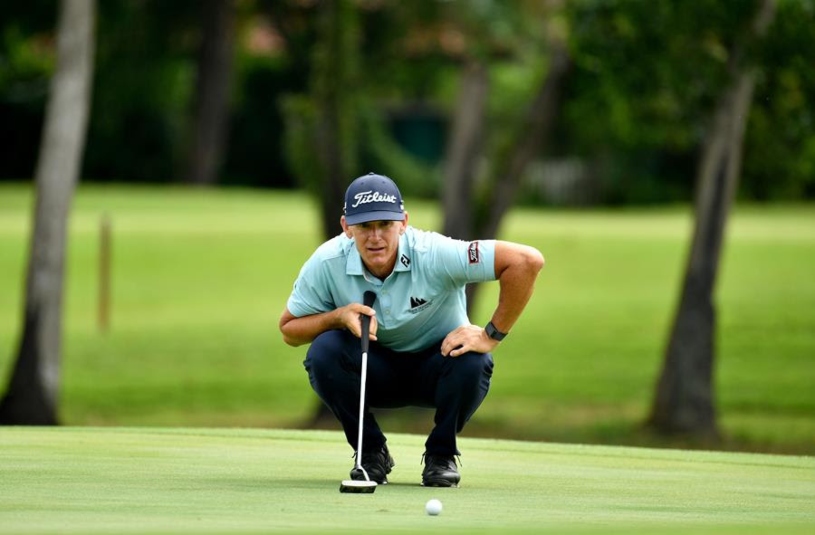 American Berry Henson, who competes in this week’s Laguna Phuket Championship at Laguna Golf Phuket, has been in fine form over the past two weeks with two top-four finishes and says being a part-time Uber driver is one of the keys to his success.

“This came up when I was injured in 2016,” said the Hua Hin-based golfer ‒ who finished two shots behind the winner Chan Shih-chang from Chinese-Taipei in last week’s Blue Canyon Phuket Championship to claim joint fourth.

“I always need to rent a car when I am back in the US, and I found an option to rent an Uber vehicle, through Enterprise at the time. And I thought this would be good to kill some time and actually raise some money for charity. And I quite enjoyed it.

“And then I kind of beat the system a bit by renting the car but then driving for Uber to pay it off. So now when I go back home, I always do the same situation. I drive about 20 hours a week and it’s like having a free car. I have the time to do it. I am on the golf course and doing my training, but I can drive a few hours a day as I don’t have any responsibilities.  And it gives me a little time away from golf, as opposed to sitting on the couch which I just can’t do.”

The 43 year old was in Thailand for a year after the Bandar Malaysian Open in March 2020 when the pandemic stopped play on the Asian Tour but went back to the US in March this year and picked up a Uber vehicle and drove it two weeks straight.

He adds: “I started to prepare for the Challenge Tour [Europe] but got into the main Tour, played a stretch there, returned home and did some more Uber driving for two weeks. It’s kind of meditative to me, I love to chat, they love my story, I play games with my passengers, and I get a lot of them who follow me on Tour now which is cool.”

Henson tied for third on the All Thailand Golf Tour two weeks ago and is expected to be in contention this week.

He’s been meticulously planning for the restart of the Asian Tour with a number of coaches in the US ‒ which includes a swing coach, a short-game coach and a physical trainer ‒ prior to returning to the region but says Ubering has also helped.

“We have found the right formula as far as peeking is concerned and I think the two weeks driving Uber helped. There is definitely a mental side to that,” he added.

Henson first burst onto the scene in 2011 in an impressive rookie season with two victories in the span of three weeks. He claimed his breakthrough on the Asian Tour by winning the ICTSI Philippine Open, two weeks after he dominated the Clearwater Masters on the Asian Development Tour with a seven-stroke victory.