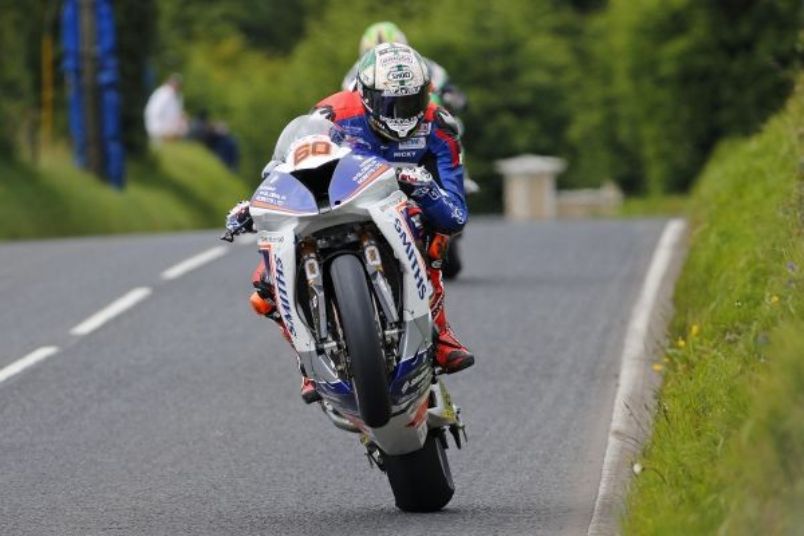 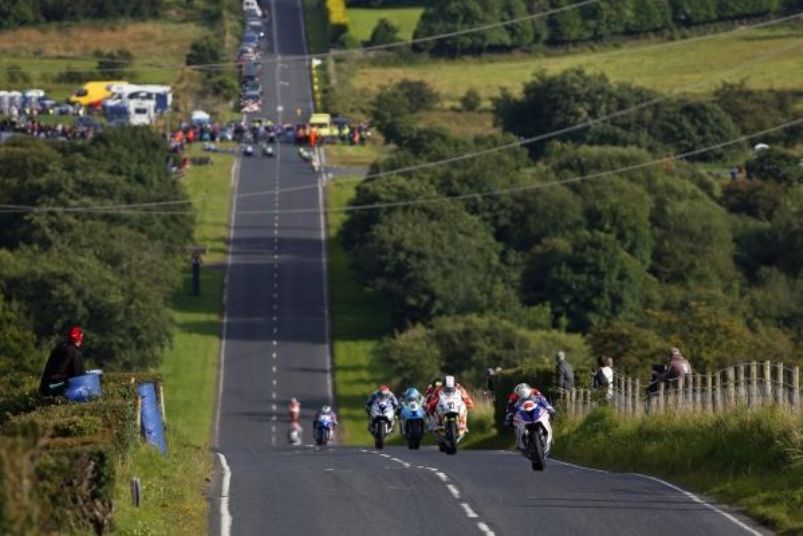 The Ulster Grand Prix lived up to its reputation of being the “World’s Fastest Road Race”. The 2017 running of the iconic event in Northern Ireland saw new world records, one of them set by Peter Hickman (GBR) on his Smiths Racing BMW S 1000 RR.

Just a few days after his first win of the season in the British Superbike Championship (BSB), Hickman successfully switched to road racing. He secured all pole positions and started the race action with a brilliant performance in Thursday’s Dundrod 150 Superbike Race. He took the win and, with an average speed of 134.210 mph, broke the world record set last year by BMW road racer Ian Hutchinson (GBR).

This earned Hickman the title “World’s Fastest Road Racer” and a place in the record books, but during the course of the race week the mark was bettered by others (including Manxman Dan Kneen) and stands now at 134.614 mph. Kneen, who was in action for Tyco BMW Motorrad for the first time, finished Thursday’s race in a strong fourth place.

Next on the schedule was the Superstock race on Saturday. Hickman again secured the win and also set the fastest race lap. Kneen joined him on the podium in third, while David Johnson (AUS / Fleetwood Grab Services) was fourth. The first of the two Superbike races held on Saturday saw a thrilling fight for the win.

This time, Hickman was second, only 0.272 seconds behind winner Bruce Anstey (GBR). Kneen crossed the line in fourth. The second Superbike race on Saturday evening rounded off this year’s Ulster Grand Prix. Hickman again was in the lead, but unfortunately had to retire due to a technical issue. In a fantastic battle, Kneen was fighting for the win to the very end. He came home in second, just 0.106 seconds behind Dean Harrison (GBR).

In addition to his two wins in the 1000 cc categories, Hickman was also victorious in the two 600 cc Supersport races. This success was awarded with the trophy for the “Man of the Meeting” of this year’s Ulster Grand Prix. As the Ulster GP is part of the BMW Combined Road Race Challenge (BMW RRC), the results are counted towards the BMW Motorrad Race Trophy.

Peter Hickman: “It’s been awesome and a massive thanks to the team as everything’s been spot on throughout. I’m obviously over the moon with the wins in what were extremely tough, close races as is always the case at the Ulster GP. To win a race here, you know you’ll have to fight all the way to the end and getting a break is near impossible. I tried my best to make a getaway in all of the races but it only really came off in the Superstock race when there were a few damp patches. I led most of the laps in most of the races and although we had a problem in the final race, we can’t be disappointed at all.”

Dan Kneen: “In the first Superbike race on Saturday I was confident I could run with Peter and I felt strong enough to do so, but I ended up in an exchange with Dean Harrison and was happy enough in the end despite losing out on a podium. The second Superbike race was a bit different and I was challenging Peter when he retired, and then it was nip-and-tuck with Dean on that last lap. All-in-all I’m happy with how I performed on the Tyco BMW machinery this week and I’d like to thank Hector and Philip Neill for the opportunity and the boys in the team for a big effort.”

For its fourth round of the 2017 season, the International German Championship (IDM) travelled to the iconic “TT Circuit” in Assen (NED). On this track, also known as the “Cathedral of Speed”, Markus Reiterberger (GER) continued his winning streak. The Van Zon-Remeha-BMW team rider was fastest in all sessions and claimed another commanding double win, crossing the line with advantages of 24 and ten seconds respectively.

His team-mates De Boer and Bühn sit in second and third places of the standings. The next round will be held this coming weekend in the support programme of the MOTUL FIM Superbike World Championship (WorldSBK) at the Lausitzring (GER). Reiterberger will compete in both series: with a wildcard in WorldSBK and in the IDM.

Markus Reiterberger: “It was a great weekend with the double win and 50 more points for the championship. I had a good start in both races. In the first heat, I was of course happy with the result. I was able to build a relatively big gap. I was, however, not completely satisfied with my performance. I had quite a lot of wheelspin. This improved a lot in race two as we made a significant improvement with the set-up. I think we are well prepared for Lausitzring next weekend. It won’t be easy with the double start in WorldSBK and in the IDM, but I am really looking forward to it.” 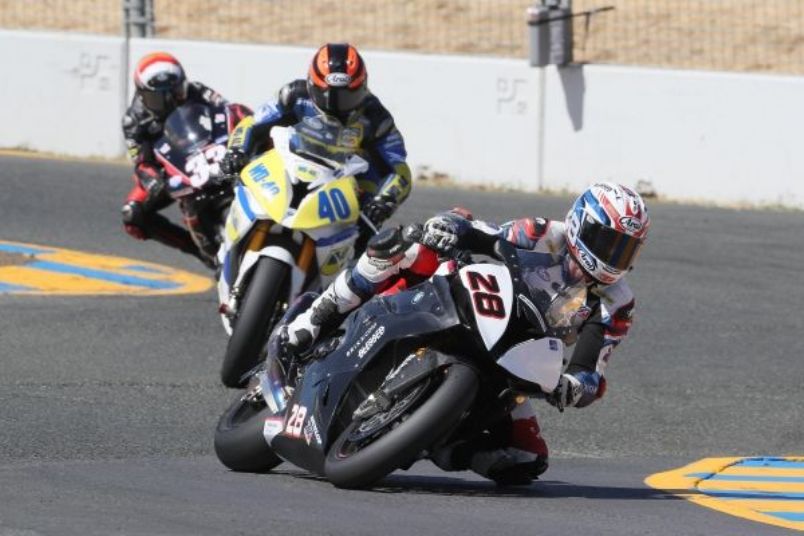 The seventh round of the 2017 MotoAmerica AMA/FIM North American Road Racing Championship (AMA) saw the BMW teams and the experts of BMW Motorrad Motorsport in action at Sonoma Raceway (USA) in California at the weekend. Sylvain Barrier claimed a top six result on his team Brixx Performance BMW S 1000 RR. The Frenchman was sixth in race one. In the second heat, Barrier crossed the line in eighth. Jason DiSalvo (USA / Scheibe Racing / Hayes Brakes) finished the two races in tenth and 11th respectively.