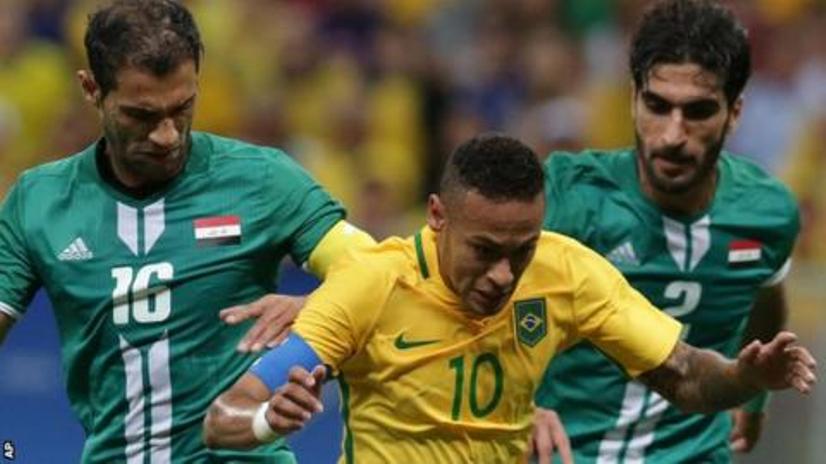 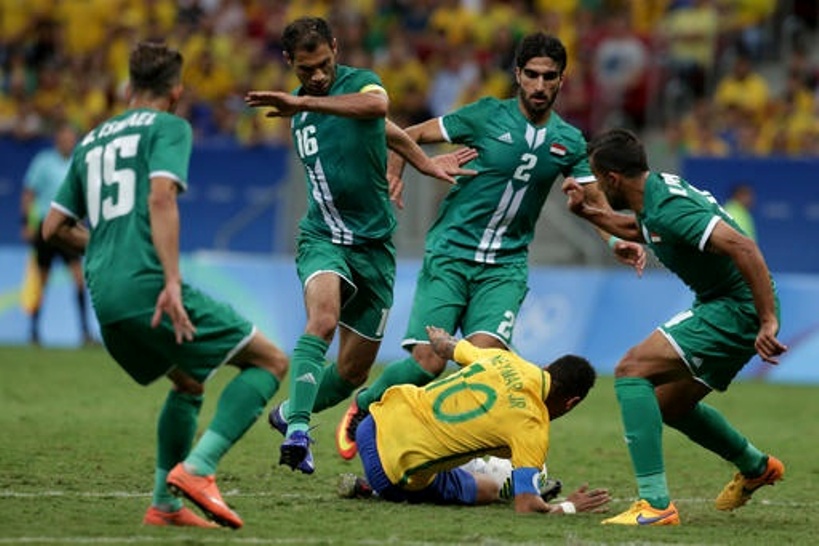 An irritated Neymar drew another blank as Brazil’s faltering bid for a first football Olympic gold continued with second 0-0 draw in as many games against Iraq.

The Barcelona star became increasingly frustrated with the rough treatment he received and Iraq’s time-wasting tactics as Brazil were booed off the field in Brasilia for the second time in four days.

Renato Augusto missed Brazil’s best chance when he somehow lifted the ball over with an open goal deep into stoppage time.