Home News Boost for Hakimi ahead of KL2017 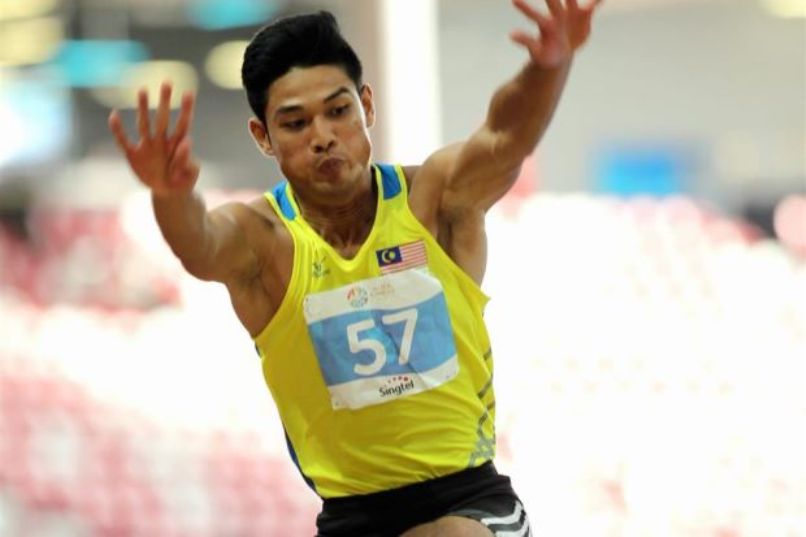 Triple jumper Muhd Hakimi Ismail received a boost this week when he won the pre-SEA Games event at the Bukit Jalil National Stadium with a jump of 16.33m.

Although the win could not improve on the national record of 16.76m Hakimi set at the 2015 SEA Games in Singapore, he still believes that he will have sufficient time to make improvements – with a month to go to the SEA Games.

“I’ll try to improve my performance before the SEA Games and I hope to do better on that day,’ said Muhd Hakimi.

“I am currently ranked second in South East Asia, so it will be a definite challenge for me.”

Muhd Hakimi is ranked behind Mark Harry Diones from the Philippines, who will also be competing at KL2017. And this not to discount Vietnam or Thailand either.

At the pre-SEA Games event, the silver and bronze went to Ronne Malipay from the Philippines and Jonathan Larus from Sabah with a jump of 15.46m and 14.72m respectively.

In the women’s triple jump, 20-year-old Kirthana Ramasamy won the gold medal with 13.18m – which is still a long way from the national record of 13.90m set by Noor Amira Mohamad Nafiah at the Malaysia OpenChampionship 2012.

Silver went to Laenly Phouthavong  from Laos while bronze was picked up Riska Nuliananda rom Indonesia with 12.09m and 11.29m respectively. – BY DESLYN YOON