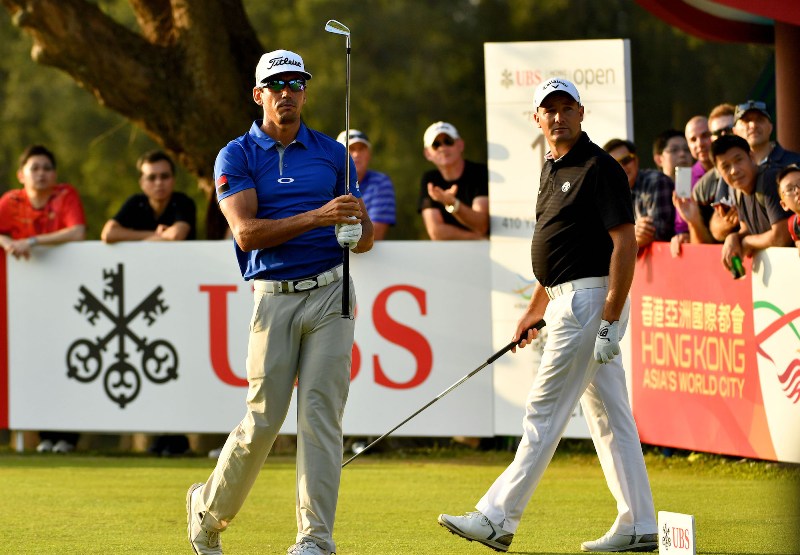 Australia’s Sam Brazel overcame some early nerves to shoot a three-under-par 67 for the joint third round lead with Spaniard Rafa Cabrera Bello following a thrilling third round at the UBS Hong Kong Open on Saturday.

Asian Tour regular Brazel bogeyed his opening hole at the Hong Kong Golf Club but bounced back brilliantly with four birdies to tie overnight leader Cabrera Bello, who scrambled to a 70, on 11-under-par 199.

England’s Tommy Fleetwood fired a 67 for third place, two adrift, in the US$2 million tournament sanctioned by the Asian Tour, European Tour and Hong Kong Golf Association. Former Asian Tour number one David Lipsky of the United States carded a 66 to lie a further shot back in fourth position.

A fine 64, which included an eagle two, pushed Korea’s Soomin Lee, third here last year, into tied eighth place with amongst others, Thai star Thongchai Jaidee who rued a cold putter en route to a 69. They are five shots behind the co-leaders.

Starting the day three behind Cabrera Bello, Brazel, 38, was delighted he fought back from a jittery start where he featured in the final pairing with the Ryder Cup star. “It was fun out there. Started a little nervous but I guess that’s the situation you’re in. Felt the nerves a little bit at lunch time. Just sort of grounded out,” he said.

“I’ve played really nice in the third round of Aussie PGA (last week) and that sort of sparked me on a little bit. So, yeah, it’s nice to be putting it together on the back nine on a Saturday. it’s good fun.”

Brazel is determined to keep his focus as he chases a first Asian Tour victory. “Same as every other day … just one shot at a time and try to enjoy the moment,” said the Aussie, whose best finish was fourth place in Singapore last year.  “It would mean the world (to win). But again, there’re 18 holes to go.”

Cabrera Bello, chasing a third European Tour win, endured a roller-coaster ride with six birdies, four bogeys and one double bogey. “Today, my score has all colours of the rainbow in it,” he joked.

“There’s been a lot of positives and a lot of negatives. I was trying to find a stable day where I was just playing solid like I had these past two days. Staying patient, waiting for the birdies to come and I ended up going up-and-down all day. The good thing is I’m still in it. I’m still leading. I’m feeling very confident.”

He is looking forward to battling with Brazel again although he acknowledged the likes of Fleetwood and Lipsky could surprise. “He’s (Sam) a very nice guy. I’m looking forward to playing with him. He played some excellent golf himself, too, so tomorrow will be a very exciting day.”

Thongchai, who won in France in July, headed straight to the practice putting green after another frustrating day with the flat stick where he took 32 putts.

“I played well all day, but a few putts, I couldn’t putt well and I three-putted the last hole,” said the 47-year-old, who can potentially break into the world’s top-50 and qualify for next year’s Masters Tournament if he finishes solo eighth position on Sunday.

“I couldn’t judge the distance and sometimes I read the lines wrongly. Last putt I definitely read it wrong and we pushed it a little bit. We had a lot of chances but we can’t make anything.”

He is not discounting a final round charge at the famous Hong Kong course which he has enjoyed numerous top-10s. “You never know, you can shoot 10-under, nine-under, whatever tomorrow, giving me a chance for tomorrow. Anything can happen,” said the triple Asian Tour number one.

Scores after round 3 of the UBS Hong Kong Open Championship 2016 being played at the par 70, 6710 Yards Hong Kong GC course (am – denotes amateur):