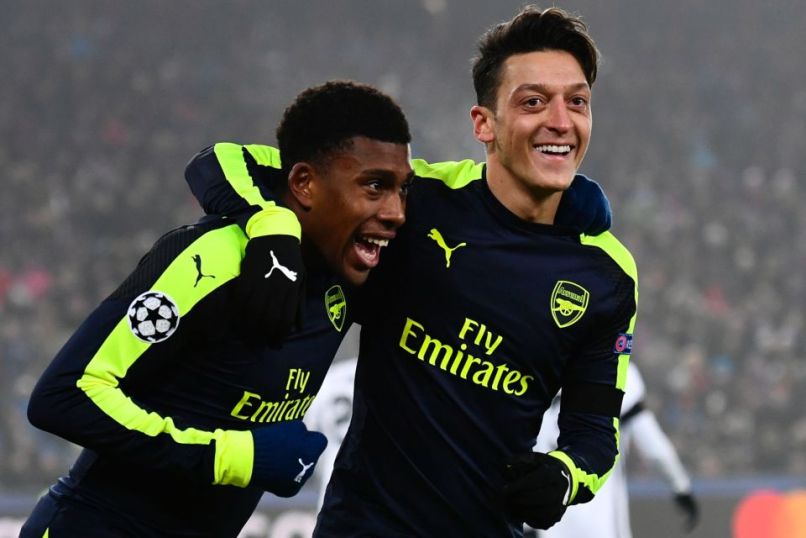 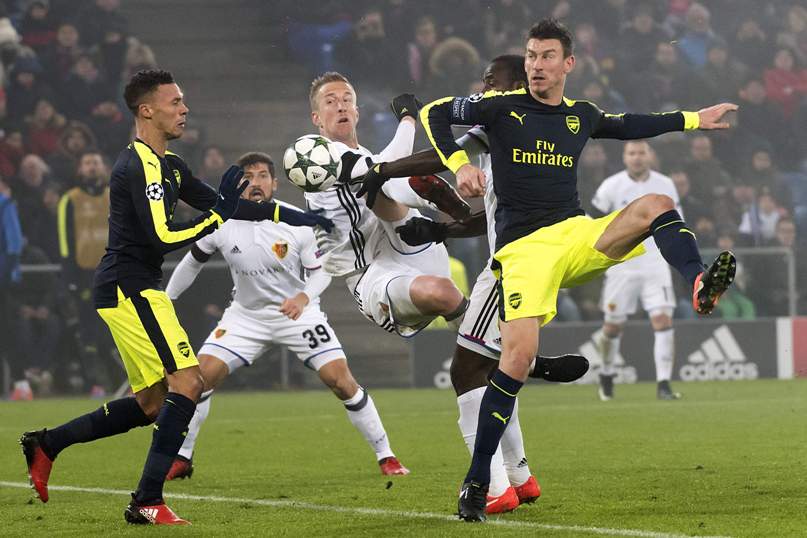 Arsene Wenger believes his Arsenal stars have finally developed the mental toughness required to fight for the Premier League title.

After a few wobbles of late, Wenger’s side have roared back into top gear with a 5-1 rout of West Ham last weekend followed by a 4-1 victory over Basel in the Champions League.

The Gunners are just three points behind Chelsea and they can temporarily take over at the top if they beat Stoke by two goals or more at the Emirates Stadium on Saturday before the leaders host West Bromwich Albion on Sunday.

“I believe that first of all we have a good team dynamic, we have a very strong team spirit and we have more maturity, definitely,” said Wenger, whose team are on a 13-match unbeaten run in the league.

“On our side we are in the middle of the fight and we have a chance. In December that’s very interesting.

“As you know, this is a very important month and for us even more because we have big games. Overall I’m very happy with the way we behave and with the consistency of our desire.”

Antonio Conte’s Chelsea juggernaut rolls back into action against West Brom with the pace-setters chasing a ninth consecutive win.

Chelsea produced the most impressive display of their winning streak last weekend when they came from behind to win 3-1 at Pep Guardiola’s Manchester City.

They have not won nine successive league games within the same season since 2007 and ahead of West Brom’s visit, Marcos Alonso has urged his team-mates not to let their level drop.

“Winning game after game gives you confidence, but you have to keep working,” the Spanish wing-back told the Chelsea website.

“The results give you confidence to work in this way, though. We have got to use this momentum of the last eight league games and go on to have another good game against West Brom now.”

While most of Chelsea’s title rivals have been in European action this week, Conte’s side have once again had a full week to prepare for the visit of Tony Pulis’s side.

It is 32 years since West Brom last won at Chelsea, but they have drawn on two of their last three visits and have climbed to seventh in the table on the back of a four-game unbeaten run.

Guardiola’s City will look to kick their title challenge back into gear when they visit unravelling champions Leicester City on Saturday.

The ill-tempered defeat at Chelsea’s hands left a mark, with Sergio Aguero and Fernandinho picking up red cards that will keep them out until after Christmas.

City have slipped to fourth place in the table, four points below Chelsea, and although Leicester are toiling in 16th place, Pablo Zabaleta is taking nothing for granted.

“Always it’s a difficult place to go. Even if they are not doing great in the domestic competition, they are still a good team, very competitive,” said the City right-back.

“It is going to be a tough game. We need to win and get three points after the big defeat last weekend to stay in the fight for the title.”

While City have won their last three away matches in the league, they have won just four of their last 14 games in all competitions as Guardiola continues to search for a durable winning formula.

His problems pale in comparison, however, beside those of Leicester manager Claudio Ranieri, who saw a second-string side trounced 5-0 by Porto in the Champions League on Wednesday.

With seven defeats already, Leicester’s league form is as alarming as last season’s was astonishing and has left them just two points above the relegation zone.

Like Chelsea, third-place Liverpool have had a week off to prepare for Sunday’s home game with West Ham.

Jose Mourinho’s side, currently sixth, trail fifth-place Spurs by six points and will have a mountain to climb in terms of Champions League qualification if they lose at Old Trafford.