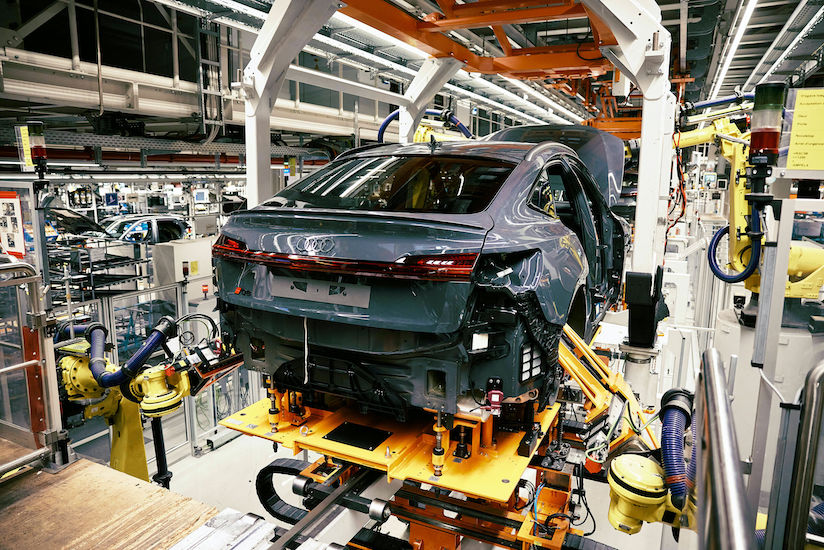 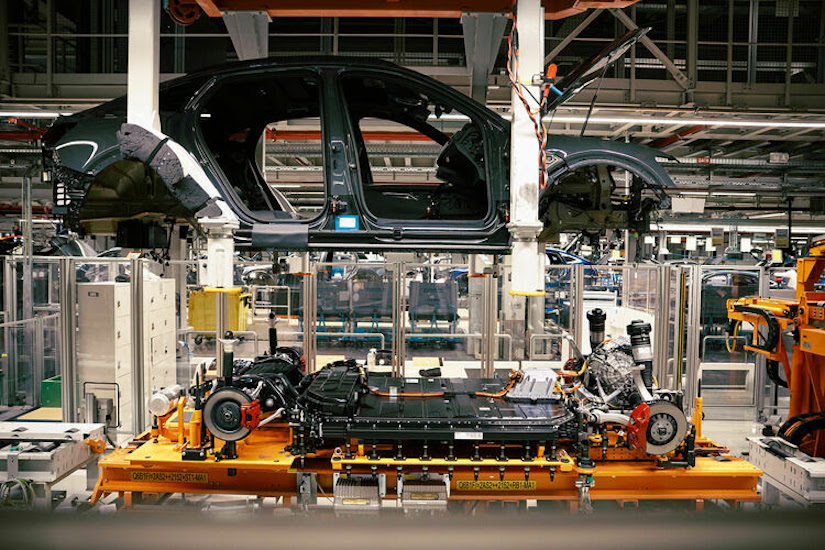 Gerd Walker, Audi board member for Production and Logistics, praises Brussels’ pioneering role in advancing electrification and sustainable production across all plants

The Belgium plant has had carbon-neutral production since 2018 and is a pioneer for Audi’s strategic environmental program, Mission:Zero

On December 14, the first Audi Q8 e-tron drives off the production line at the Brussels plant. It marks the beginning of an era for the new top model in Audi’s electric SUV range.
The plant has been a role model for sustainable production since the production of the Audi e-tron began. Around 160,000 units of Audi’s first electric model have been delivered since 2018.
Audi board member for Production and Logistics Gerd Walker underlines the importance of the brand’s new top model: “With its increased efficiency and range, as well as its sharpened design, the new Audi Q8 e-tron is a strong statement for electromobility.”
Walker also highlights the outstanding role of the Brussels site as a pioneer for sustainable production: “Brussels has done valuable pioneering work. We are learning from our experience of having delivered around 160,000 vehicles worldwide. As the next step, we will leverage this experience to ramp up battery production in Ingolstadt. ”The battery assembly facility in Brussels is playing a groundbreaking role for the entire Group.
Unlike many competitors, Audi focuses on transforming production from the inside out with the aim of heralding the future of production at Audi, the 360factory. Meanwhile, Brussels is a model for some areas of this innovative plant concept. To Audi, investing in existing plants is ‘sustainability in action’ – economically, ecologically, and socially.
“The path Audi is taking conserves resources and accelerates our transformation,” Walker emphasizes. For Xavier Ros, Audi board member for Human Resources and Organization, Brussels provides valuable insights concerning targeted employee qualification programs. “The experience Brussels has gained since 2018 can be used across locations throughout the Audi Group.”
Audi Brussels CEO Volker Germann also highlights the role the staff have played: “Building the Audi Q8 e-tron will take more than just our entire infrastructure. Above all, it is our team of passionate employees who come together to make this car.”
Brussels is a role model for sustainable production
The Audi Q8 e-tron will reach customers in Europe and the United States as a certified net carbon-neutral1 car. From 2025, production at all Audi plants will be carbon neutral as part of the company-wide environmental program Mission:Zero. Named “Factory of the Future” in 2020 by the employers’ association Agoria, Brussels achieved this distinction as early as 2018.
Since production of the Audi e-tron began, the Belgium site has been recognized as the world’s first certified carbon-neutral high-volume production plant in the premium segment. The site switched to green power back in 2012. Among other things, Audi Brussels installed one of the region’s largest photovoltaic systems on the plant premises, covering 107,000 square meters.
The system generates around 9,000-megawatt hours of power from sustainable energy every year. That’s enough to charge some 90,000 Audi Q8 e-tron units and reduce carbon emissions by 1,881 tons. The companies that supply the battery cells are obliged to use only renewable energy sources for production. The electric traction motors for production are transported from Hungary to Brussels by green freight.
Since May 2022, Audi has been using rail transport on the approximately 1,300-kilometer route, a decision that reduces carbon emissions by around 2,600 tons annually.
AUDI AG has owned the Belgium site since 2007. After acquiring it, Audi Brussels converted the plant to produce the Audi A1, a new addition to the Audi model range at the time. 2018 saw the birth of the Audi e-tron. In 2021, Audi Brussels produced 43,866 all-electric cars. Starting in the second half of 2023, more than 3,000 employees will also make the Audi Q4 e-tron here.
The new Audi Q8 e-tron with increased efficiency
The new Q8 e-tron’s optimized drive concept, improved aerodynamics, and higher charging performance and battery capacity result in an increased range of up to 582 kilometers in the SUV and up to 600 kilometers in the Sportback (both according to the WLTP). Audi also uses recycled materials in some components for the Audi Q8 e-tron.

These materials, recovered via a recycling process, save resources and ensure a closed material cycle that is both efficient and sustainable.

1 Audi understands net-zero carbon emissions to mean a situation where, after other possible reduction measures have been exhausted, the company offsets the carbon emitted by Audi’s products or activities and/or the carbon emissions that currently cannot be avoided in the supply chain, manufacturing, and recycling of Audi vehicles through voluntary offsetting projects carried out worldwide. In this context, carbon emissions generated during a vehicle’s utilization stage, i.e., from when it is delivered to the customer, are not considered.