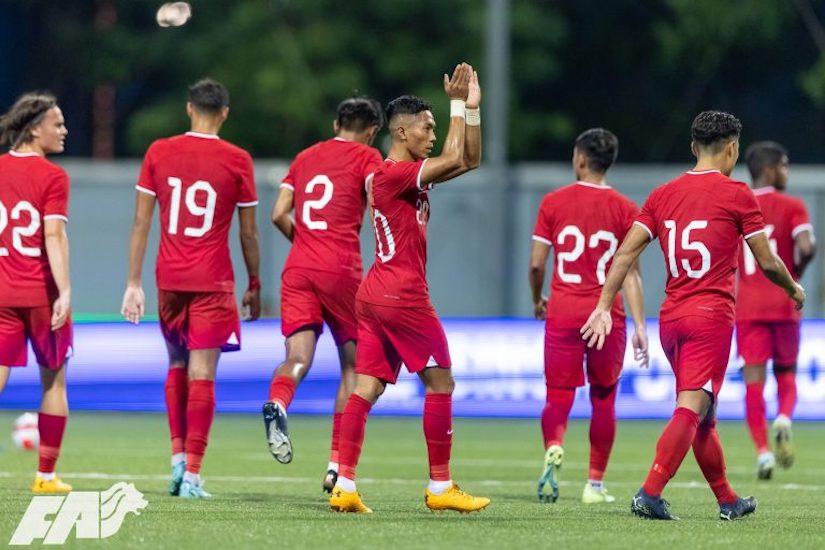 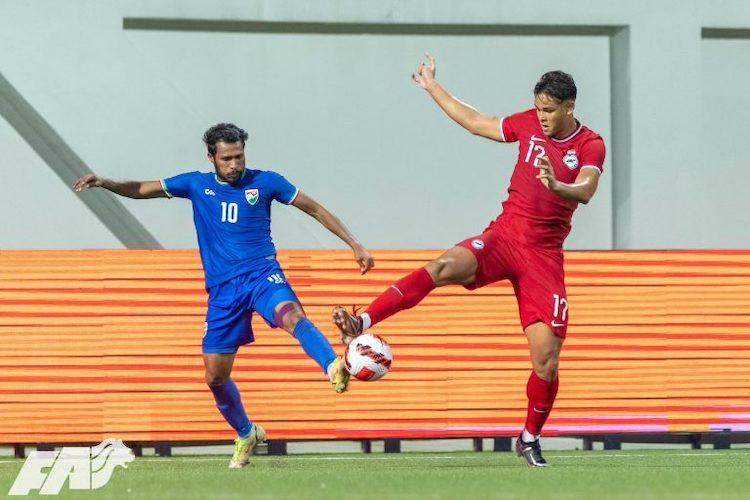 In his first home match as head coach, Takayuki Nishigaya saw his charges given a stiff test by the visitors ranked 154th, six spots above the Lions – but the Japanese was pleased with how they eventually took victory in front of 3,128 spectators.

Ilhan Fandi broke the deadlock after just four minutes by heading in Christopher van Huizen’s cross from the left for his first international goal on his fifth cap, but Ibrahim Mahudhee exploited some slack defending to head in an equaliser at a corner in the 17th minute.