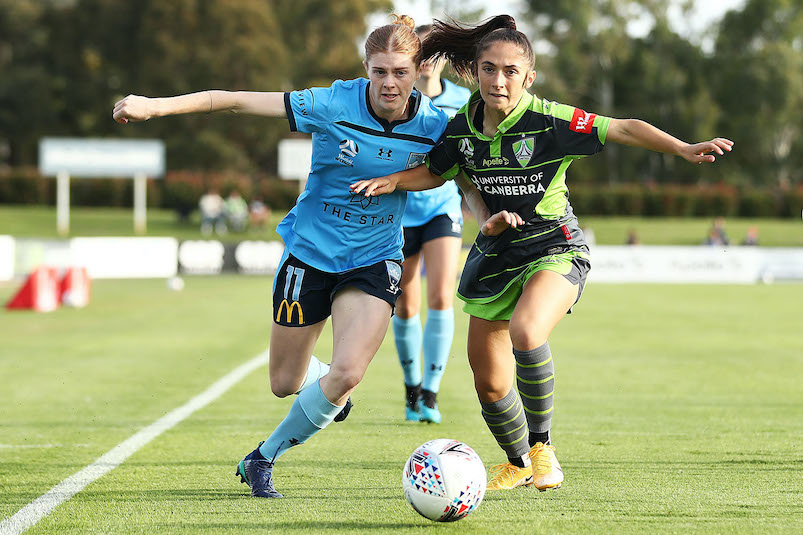 Canberra United punched their ticket to the Westfield W-League Finals Series for the first time in four years while Sydney FC moved within one point of being crowned Premiers following a 0-0 stalemate at Viking Park.

Despite needing only a share of the points to clinch their post-season return, the Green Machine did not hold back as star striker Michelle Heyman came close with a series of chances while the home side shackled the ladder-leaders, restricting the Sky Blues to a pair of hopeful late shots on target.

The ACT outfit celebrated their return to finals football in head coach Vicki Linton’s first season at the helm, moving to 22 points and ensuring they will finish ahead of Adelaide United in the race for a top-four finish, with the Reds’ hopes of a first-ever finals appearance now hinging on Melbourne Victory only collecting a maximum of one points from their last two games.

Ante Juric’s side were nowhere near their creative best after losing Cortnee Vine to injury in the first half but the Sky Blues edged ever closer to a first Premiers Plate triumph in a decade after a resolute defensive performance, while occasionally threatening Canberra as the second half became tighter.