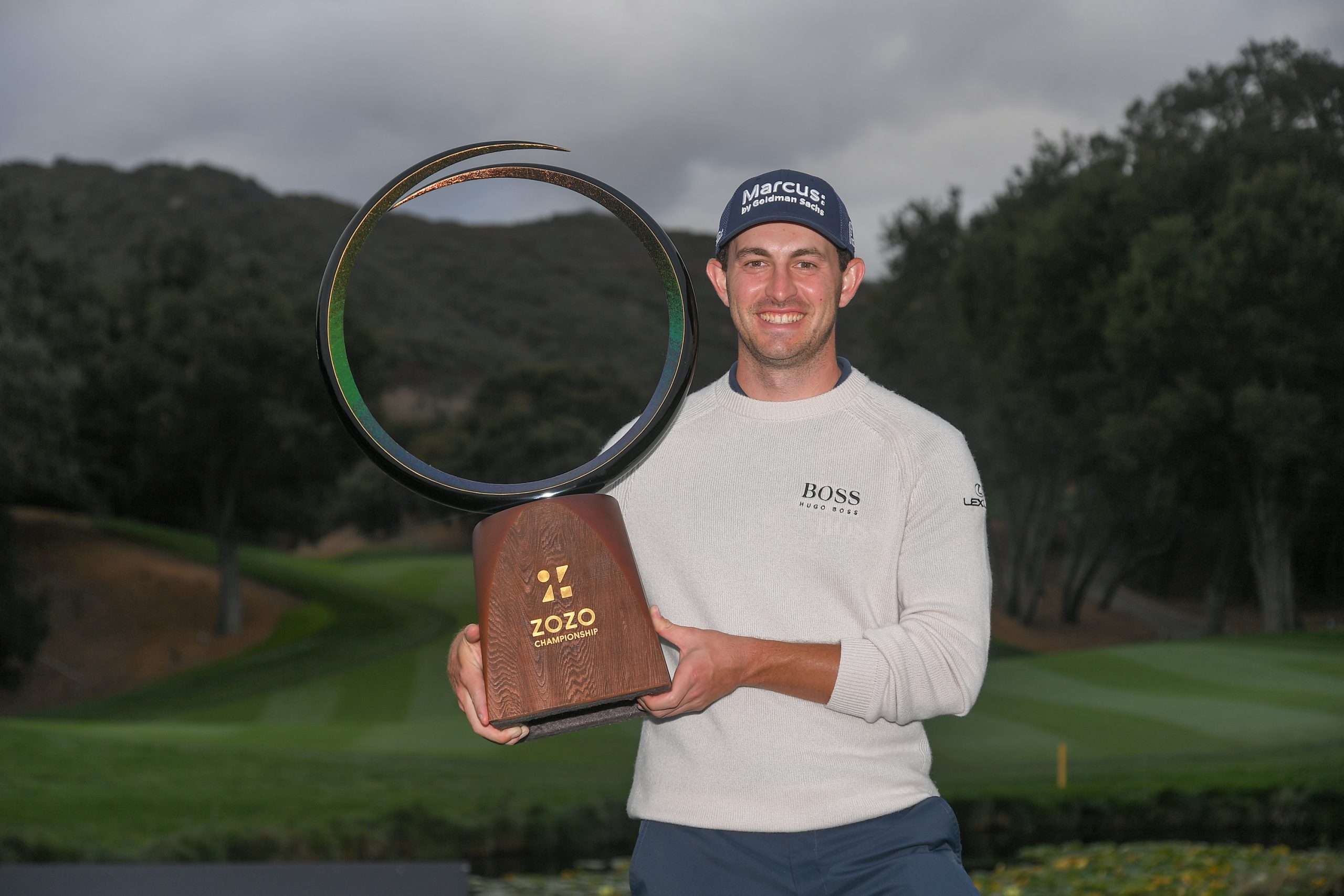 The 28-year-old American fired a final round of 7-under 65 at Sherwood Country Club to claim his third PGA TOUR victory with his 23-under 265 aggregate.

He picked up US$1.44 million and 500 FedExCup points which pushed him up to second place on the latest standings.

Overnight leader Thomas settled for joint runner-up place after a 69 as he paid dearly for some uncharacteristic errors on the back nine which cost him a chance of winning a 14th win while Rahm also finished one shy, missing a 19 feet birdie on the last to force a playoff in the US$8 million tournament which moved from its home base in Japan to the U.S. this year due to COVID-19.

Cantlay, a former world amateur No. 1 and grew up California, turned in 32 before enjoying a run of four birdies over a five-hole stretch on the back nine which saw him seize control of the tournament.

A bogey on 16 – he made only two all week – left the door ajar for Rahm and Thomas but he prevailed in the end.

“It just kind of all came together every day,” said Cantlay, who made nine birdies in the final round to tie his career best. “I knew I had to go out and make a bunch of birdies. And today was actually the only day I made a bogey, but offset it with enough birdies. I just had a really aggressive mentality from the start. I made a couple good swings early, so after feeling comfortable with my swing and distance control, it felt like it was off to the races and see how many putts I could make.

“I think it’s (winning) just validation of all the hard work. I put in a lot of work and try to do the right things all the time, so when it all does come together, it’s really rewarding.”

With the tournament on the line, Cantlay, who returned into the world’s top-10 at ninth position, said his last birdie at Sherwood on the par 3, 15th hole was crucial.

He took dead aim at the flag with a 7 iron which nearly bounced into the cup before subsequently stroking home a 10-footer for birdie which kept him ahead of Rahm and Thomas.

“The iron shot on 15, that’s a hard hole and to make a birdie there was definitely getting some back on the guys. There couldn’t have been that many birdies there and it was just one of those swings where you make the swing exactly how you picture it in your head,” said Cantlay.

After playing the back nine at Sherwood in 15-under during the first three rounds, Thomas was disappointed with his even par effort on his inward nine, which features three par 5s, on Sunday.

He dropped a bogey on 15 with a tee shot that ended in the penalty area and found trouble again on the par 5, 16th hole with a pushed iron approach shot that cost him a penalty stroke which he subsequently made par. Thomas had made eagle, birdie, birdie on 16 in the first three days.

“I just didn’t play very well. It’s unfortunate because I feel like I usually could have shot 5-under out there. To play the par 5s in one under is just unacceptable. I fought like hell, I fought as hard as I could, I just didn’t have my best stuff,” said the 27-year-old Thomas, who won three times in the previous season to finish second on the FedExCup standings.

“I think if I birdie 16, I win the golf tournament. I’ve kind of been struggling with leaving the face open. There’s no excuses other than just poor execution. It just sucks when you’re right there and you don’t get it done. It’s crazy, but sometimes it’s hard to just kind of keep the killer instinct and stay in the zone when it’s as quiet as it is out there.”

Rahm also missed an opportunity to regain the World No. 1 ranking which he needed a solo second or better finish this week. The Spaniard had birdie looks on 17 and 18 to tie Cantlay but agonisingly missed both opportunities.

“It is what it is. I thought the one on 17 was in the whole way and at the end it just stayed right, didn’t break,” said Rahm, who won twice in the previous season. “I can go all the way back to the first hole of the tournament where I missed a three footer for birdie on 10 to start the tournament, so I can pick easily one shot I could have done better. But it’s just golf. I can tell you none of us are happy. It’s upsetting,” he said.

“It was a tough day out there and I still shot 5 under. I know it’s easy to complain and to be picky because we’re professionals and we expect a lot of ourselves, but still a good round of golf. Patrick just played better.”

Japan’s Hideki Matsuyama closed with a 66 to finish as the best Japanese amongst the eight in the elite field in tied 28th place while defending champion Tiger Woods closed with a 74 to end the week in tied 72nd position.