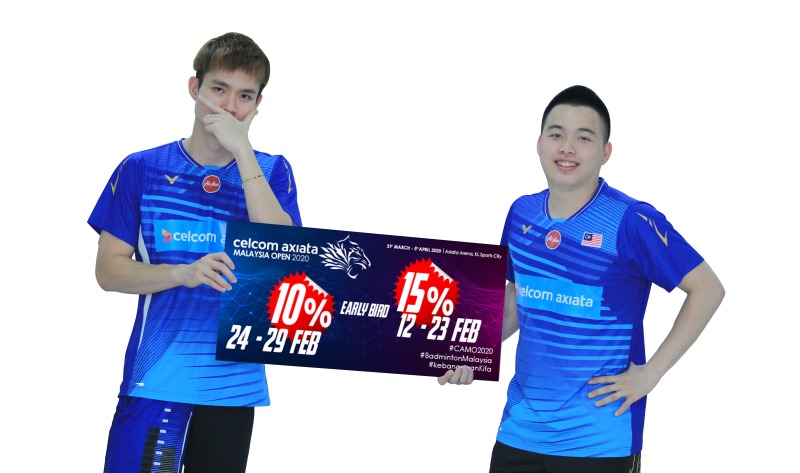 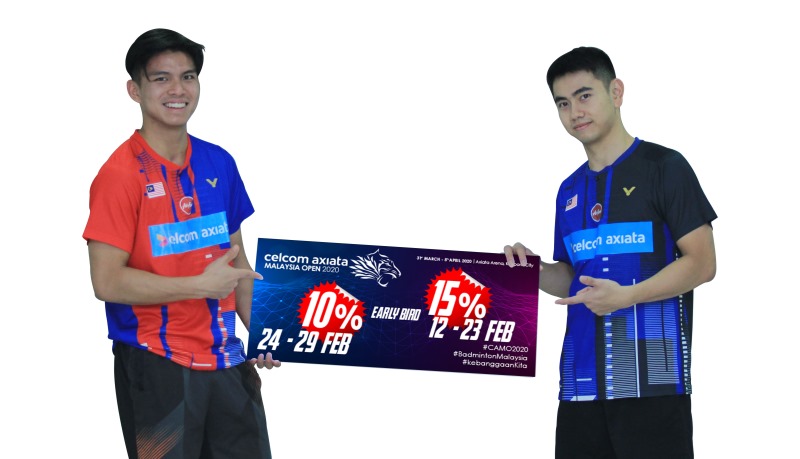 Badminton fans should quickly take advantage of this awesome offer and purchase their tickets of choice. Quickly is the key, simply because the 15 per cent offer ends on February 23.

Between February 24 and 29, the discount will be reduced to 10 per cent, after which ticket prices will revert to the normal rates. This means fans have just over 10 days to secure the early bird rates.

All tickets, including the much coveted ‘Super Fan’ category that offers access to court side seats and perks such as the official tournament souvenir book, an official poster signed by Malaysia national players and an exclusive hospitality at Axiata Arena, are subject to the early bird offer.

“We hope the fans will take advantage of this offer and purchase their tickets early. It is a significant discount if they buy their tickets during the offer period,” said Badminton Association of Malaysia (BAM) General Secretary, Dato’ Kenny Goh Chee Keong. “But more importantly, purchasing tickets early will guarantee fans get their seats of choice.”

Children aged 4-18 are in for a treat as they are eligible to purchase student-rate tickets for the Premium, Lower Tier and Upper Tier sections. Student tickets for start from RM13 (opening day), and increases as the tournament progresses.

Fans will be able to purchase their tickets online at https://myticket.asia/  or at the ticketing counters during matchdays at the Axiata Arena from 31 March onwards.