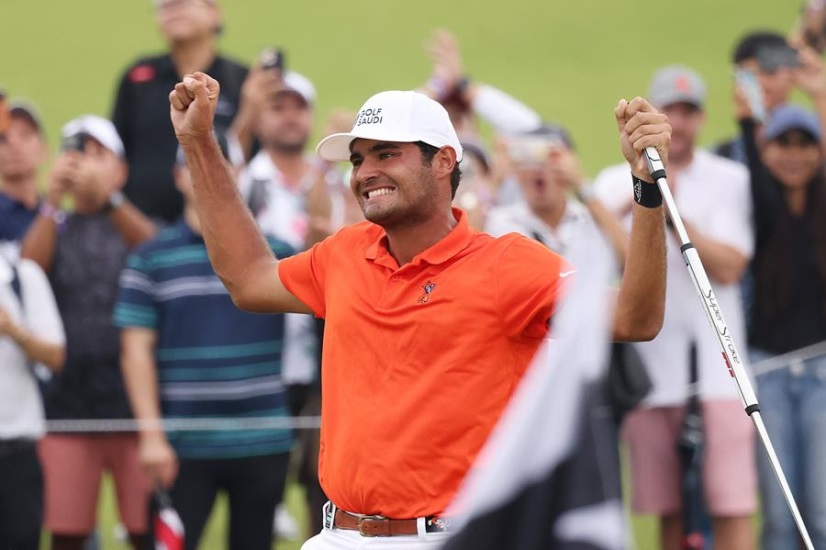 Eugenio Chacarra will add a welcome dash of Spanish sparkle to the International Series Egypt when he makes his Asian Tour debut next month.

One of the brightest talents in the game, Chacarra is still basking in the warm glow of his life-changing maiden professional victory in the LIV Golf Invitational Bangkok earlier this month.

In addition to collecting the individual first prize of US$4 million, Chacarra pocketed a further US$750,000 for being part of the winning team at Bangkok’s Stonehill.

Not a bad week’s work for the 22 year old who signed up with LIV Golf after turning professional in June.

A former All-American who attended Oklahoma State University and rose to number two in the World Amateur Golf Ranking (WAGR), Chacarra will be one of the star attractions in the first edition of the International Series Egypt at Madinaty Golf Club from November 10-13.

“I am excited about teeing off on the Asian Tour for the first time in my life, I like what the Asian Tour is doing, it’s exciting and hopefully I can do a good job there,” said Chacarra.

Carrying a purse of US$1.5 million, the Egypt tournament will be the sixth leg of the Asian Tour’s inaugural, ground-breaking International Series which was launched this year thanks to a landmark partnership between the Asian Tour and LIV Golf aimed at invigorating the game in Asia and the Middle East.

The event will be the 18th stop of the season on the Asian Tour’s 2022 schedule.

“I have never played there or visited Egypt before so it will be a great experience, hopefully it will be a good week and I will be able to play well, and also see everything that there is over there.”

The event will be preceded by International Series Morocco the week before at Royal Golf Dar Es Salam, from November 3-6.