Home 2022 Time to reflect and come back stronger 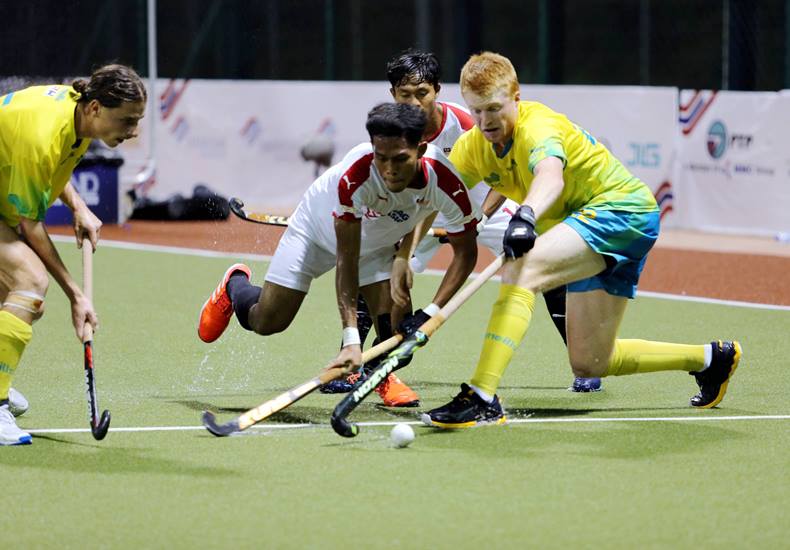 MALAYSIAN Colts must take defeats within their stride and have the ability to bounce back immediately against a resurgent South Africa in the Sultan of Johor Cup tomorrow.

National Juniors coach Amin Rahim said while it will be difficult to climb the ladder and stay in contention against the big guns following two consecutive defeats, he wants the team to bury the 8-0 drubbing by Australia and move forward.

“Before the start of the tournament we all know that Australia, India and Great Britain are the favorites. But the fact that South Africa played remarkedly well against India for a 5-4 win and Japan defeated Great Britain tells us that anything possible can happen. We will go into our match against the South Africans with renewed enthusiasm,” said Amin.

“Against Australia, our game plan was in place, the forwards were moving well upfront and we also managed to contain the Australians’ machinery. However, everything changed in the second held. Physically the players could not sustain the pace due to the quick counterattacks,” added Amin.

“The players are upset with the defeat and we have a rest day on Monday that will allow us to review our performance from video footage. Sometimes, such falls like this is a wakeup call to rebound and move forward,” he said, adding that the boys are undergoing a learning process.

“It is their second international tournament and the experience was worth it. The defeats will only change us into being better in the long term.”

The team, said Amin, is also plagued with several injuries, though not serious.

Australian coach, Jay Stacy, credited the Malaysians for a gallant performance until the third quarter and said it was unfortunate the host lost by eight goals.

“At the beginning, it was quite an arm-wrestle. We had quite a bit of ball possession but Malaysia did a good job to keep us out with just a couple of chances. It wasn’t all the way one-way traffic. In the end, our momentum picked up and we got on top,” said Stacy.

“Apart from that we also have a few areas to improve and to continue to grow throughout the tournament both individually and as a team.”

The Malaysians are reeling at the bottom of the six-team standings after defeats against defending champion Great Britain and Australia. The Australians lead the table with six points. India, Great Britain, Japan, and South Africa share three-equal points.