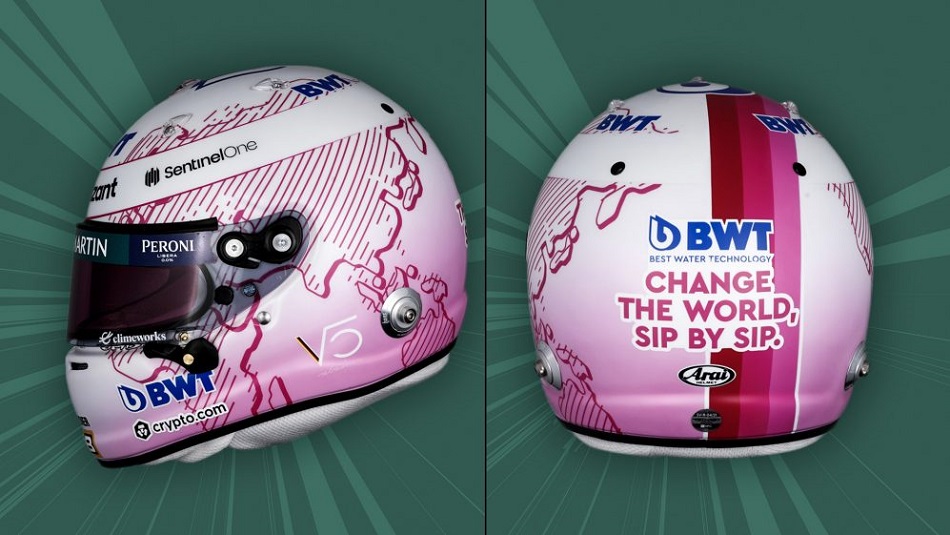 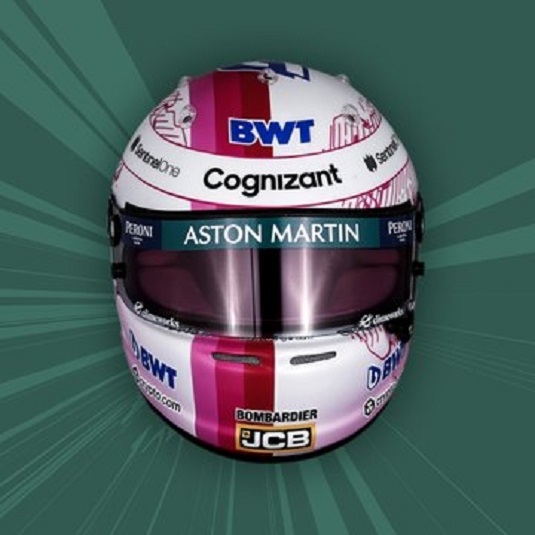 Aston Martin’s new recruit, four-time champion Sebastian Vettel, is sporting a message of sustainability this year with his new pink crash helmet for the 2021 season.

The German, who stepped into the AMR21 on Friday morning to begin pre-season testing for the team in Bahrain, also showed off his new helmet design for the season ahead.

On the top of the helmet are the three stripes he normally sports but, instead of the German flag, they are all shades of pink in a nod to team sponsor BWT, who were formerly title sponsors of Racing Point and Force India.

On the rear of the helmet is the message: “Change the world, sip by sip.” Vettel has chosen the message to highlight the CO2 emissions caused by the transport and use of disposable plastic bottles.

“The future is important and we must do our best to protect the planet for children and young people. We all share this responsibility and if we come together we can make a difference,” said Vettel.

As part of their partnership, the German and the team sponsor will endeavour to create ‘bottle free zones’ in schools and nurseries, promoting sustainable drinking water.

“As a Formula 1 driver, I think it’s right to speak up on this subject and have my voice heard. I am pleased to have found a partner in BWT that shares the same perspective and goals,” he added.

“By cutting down the amount of plastic waste, we can make the world a little better, sip by sip.”