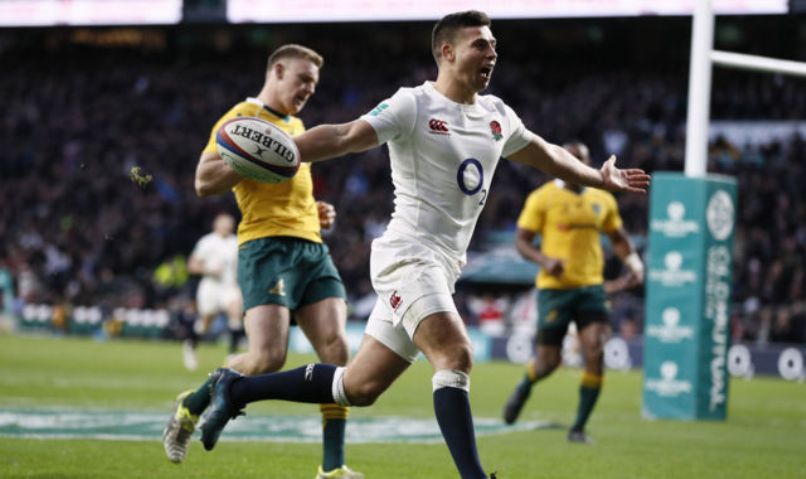 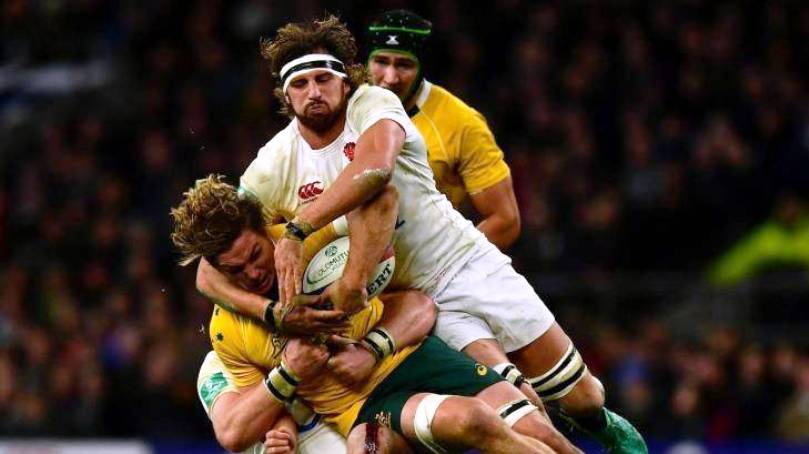 Australia coach Michael Cheika is confident there will be a long-term benefit to the Wallabies from a difficult 2016 that ended with a 37-21 defeat by England.

Australia were overpowered in the second half on Saturday as England recorded their fourth win over the Wallabies this year and a 14th in a row against all opponents.

The result meant Australia had lost nine of their 15 Tests in 2016, leaving Cheika with a win percentage for the year almost as bad as the one that saw England coach Eddie Jones dismissed as Wallaby boss over a decade ago.

The 40 percent win rate was Australia’s worst since the Wallabies managed just 38.5 percent in 2005 — a return that got Jones the sack.

But after taking Australia to last year’s World Cup final, there is no suggestion that Cheika is in imminent danger of suffering a similar fate.

And having introduced 13 debutants this year, Cheika was confident his investment in new talent would yield a dividend at the 2019 World Cup in Japan.

“This year has been about teaching ourselves a few things,” said Cheika after Australia, 10-0 up early on, were eventually outscored four tries to two by England at Twickenham.

“We’ve played the top two teams (New Zealand and England) seven times this year with a whole bunch of new players and that’s going to be good even if the outcomes haven’t been good.”

He added: “I know we’ll be criticised for losing but you have to wear that sometimes.

“When you don’t take those decisions, it’s like I have to keep my job at all costs.

“But I don’t think like that. I feel I have a responsibility to develop talent and give them opportunities.”

Among those who’ve made their Wallaby bow this year are Sefa Naivalu, a try-scorer on Saturday, as well as Dane Haylett-Petty, Reece Hodge, Samu Kerevi and powerful No 8 Lopeti Timani.

“We’ve made decisions around this season as opposed to starting next season when the calendar isn’t perhaps as packed,” said Cheika.

“I still believe it’s the right decision and you have to take the pain when it comes.

“But I still think we’ve gained a lot on what we’ve done this year around the new players.”

The build-up to Saturday’s match had featured plenty of verbal sparring between Cheika and Jones, once team-mates at Sydney club Randwick.

Cheika said Jones risked tarnishing his legacy in Australia and had a chip on his shoulder.

But Jones, speaking after the match, said the Wallabies had been invited into England’s dressing room for a drink he hoped would suit Australian tastes.

Cheika confirmed the offer had been taken up, saying: “They invited us into the dressing room and the lads are in there now having a beer.

“Everyone is playing hard off the field and on the field.

“But at the end of the day one team wins and you respect that and everyone goes on with their business.”

Meanwhile Cheika insisted he still had a huge regard for Jones’s coaching ability.

“We go hard at each other sometimes and sometimes we don’t. But there is respect there always.

“When you win you stay humble and when you lose you pay respect and that’s the way she rolls.”

As for the so called ‘war of words’ between the coaches, Cheika said: “We were at the referee’s conference and there were no dramas.

“It’s all been pumped up and has no relevance at the end of the day because it’s about the 23 best players and in this instance it was England.” – Agence France-Presse