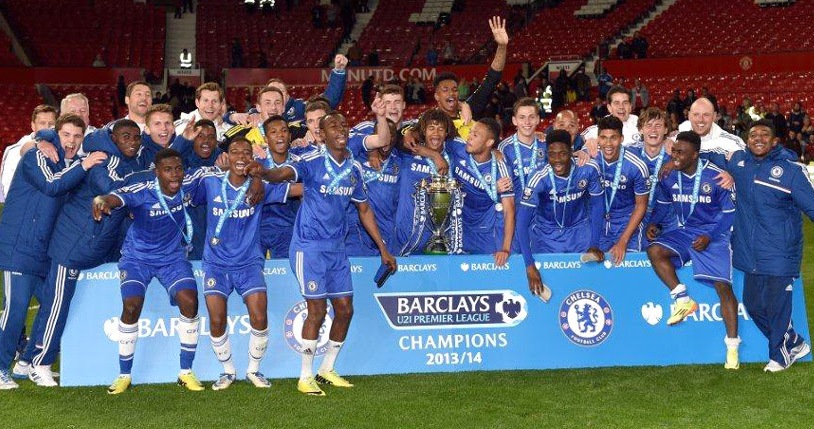 English Premier League heavyweights Chelsea and Scottish giants Rangers have included goalkeepers from their first-team squads as each of the former finalists bid for a first victory in the HKFC Citibank Soccer Sevens, which will be held at Hong Kong Football Club from May 23-25.

The six-foot five-inch Jamal Blackman, 20, has been included in Chelsea’s provisional 10-man squad for Hong Kong, having risen to become the club’s third-choice goalkeeper behind Petr Cech and Mark Schwarzer.

Dermot Drummy, Chelsea’s U-21 coach, will again lead the popular English club as they compete in the Soccer Sevens for the second time in three years. Drummy’s squad is drawn from his Chelsea side who won the 2013/14 Barclays U21 Premier League last Wednesday and the club’s U-18s, who won the FA Youth Cup earlier this month.

Scotland U-21 striker Islam Feruz and England U-18 internationals Kasey Palmer, Charlie Colkett and George Brady are also among the Chelsea squad arriving in Hong Kong on Wednesday.

“We’ve had a really fantastic season,” Drummy said. “Although we’ve got some players on international duty, we’ll have Jamal Blackman out there, who’s the number three keeper at the club.

“Islam Feruz is an exciting forward, Casey Palmer is an exciting midfielder and Adam Nditi is an attack-minded left-back, so we’ve got some exciting players coming out.”

Drummy says he has learnt from previous experience at the seven-a-side competition and is preparing Chelsea for a tough start in Group B, with matches against Sunderland, Hong Kong champions Kitchee and HKFC Captain’s select.

“We’ll definitely counter-attack because it’s so hot,” he said. “There are a lot of home-grown teams we enjoy playing against, like Kitchee, who are very fast and quick with their game. We’re bringing the boys out to travel the world, experience another culture and play against teams from across the globe.”

However, Drummy played down Chelsea’s ambitions for making it third time lucky at the Soccer Sevens and winning the Cup for the first time, the club having reached the final on their debut in 2000.

“We want to win every game, but the main thing we get out of it is that the players adjust to travelling and see the culture,” Drummy said. “We want to enjoy the tournament and we want to bring the Chelsea brand to Hong Kong. We want to represent Chelsea abroad in the best possible way on the field and hopefully we can do that by winning, but otherwise we want to win people over by the way we play the game.”

Rangers, finalists in 2009 and 2010, have included Steve Simonsen, the club’s second-choice keeper behind Cammy Bell, in their Soccer Sevens squad.

Skilful winger Barrie McKay, who has returned from a loan spell and is looking to win back his place in the first team, will also be a player to watch. 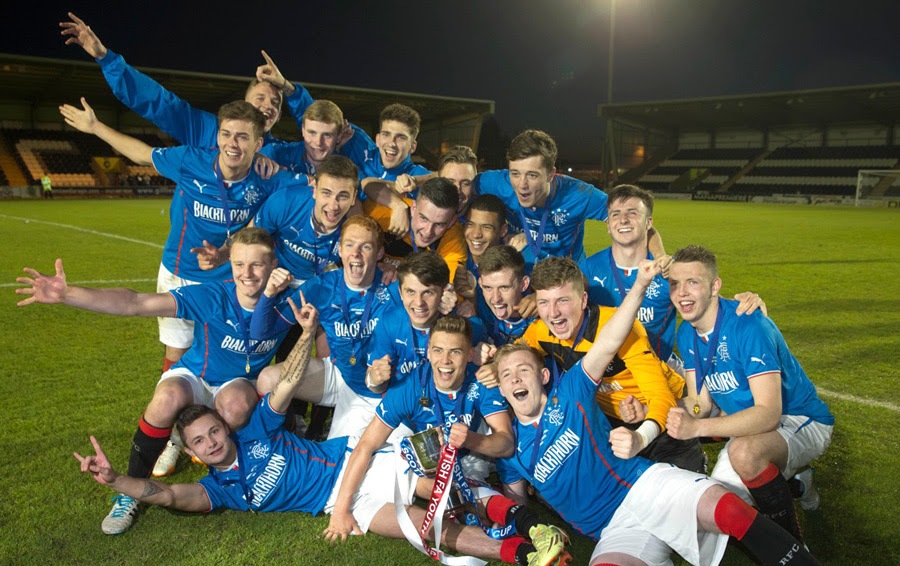 Gordon Durie has selected his other eight players from his U-20 side who won the Scottish FA Youth Cup on penalties last Tuesday, having finished runners-up to Celtic by one point in the 2013/14 Scottish PFL U20 League.

Forwards Calum Gallagher – who made his first-team debut in March – and Jamie Burrows, both 19, and defender Kyle McAusland, 21, all return from last year’s Soccer Sevens squad, when Rangers reached the semi-finals for the second straight year.

Durie, the former Scotland striker who played for Chelsea, Tottenham Hotspur and Rangers, will again lead the Scottish side in Hong Kong, where ‘Gers’ are the second-seeded side in Group C behind Manchester City.

Guangzhou Evergrande, who won the AFC Champions League last November after securing a third straight Chinese Super League title, will make their tournament debut, while Hong Kong champions Kitchee will lead the local charge along with HKFA U-23 and U-21 sides.

The tournament will start with the opening round of Masters group games on Friday evening (7.00-9.00pm), May 23. All the Main group matches and the remaining Masters group games are held on the Saturday (9.00am-8.15pm) before the knockout rounds take place on Sunday (8.00am-7.30pm).

Entry is free on the Friday evening, while tickets for the weekend are HK$160 per day or HK$300 for a two-day pass, and are available at www.cityline.com.

Citibank has title sponsored the event since 2011 and other sponsors this year include British Airways, Nike, Aegon, The Excelsior, Tsingtao and Boase Cohen & Collins.