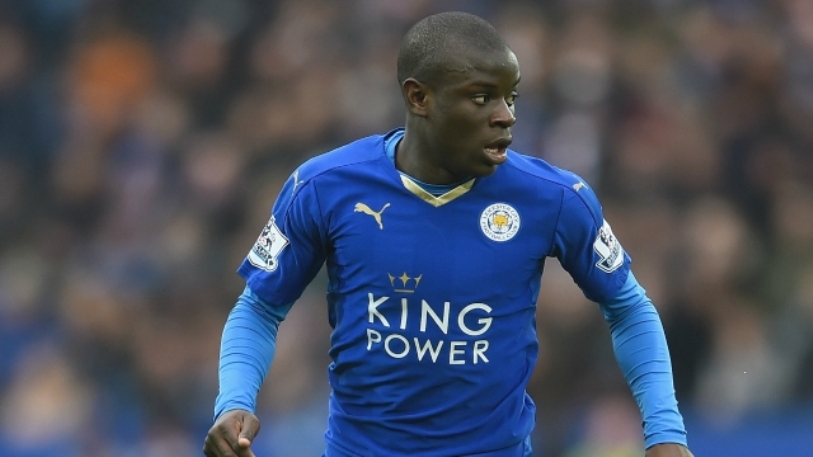 The fee for the French international was about £32 million (38 million euros, $42 million), British media said, and comes after Chelsea snapped up Belgian striker Michy Batshuayi from Marseille for a similar fee.

Kante’s move to London will bolster a side that failed miserably in its defence last season of the Premier League title, but represents a blow to reigning champions Leicester as they battle to keep together the side that shocked world football.

“I am so happy to have signed for one of the biggest clubs in Europe. It’s a dream come true for me,” the 25-year-old Kante told Chelsea’s website.

“The opportunity to work with Antonio Conte, a brilliant coach, and some of the best players in the world was simply too good to turn down.”

Kante, signed for Leicester last summer from French club Caen for a bargain £5.6 million, was a revelation breaking down attacks during his maiden season in England as Claudio Ranieri’s side became shock Premier League champions.

He was named on the six-man shortlist for the PFA Players’ Player of the Year award – won by Foxes team-mate Riyad Mahrez – but his displays also brought him to the attention of Europe’s biggest clubs, including Real Madrid.

“My first season in English football was very special and now I hope to go on to achieve even more during my time as a Chelsea player,” added Kante, who could have played in the Champions League this season had he stayed at Leicester.

“I am looking forward to meeting up with my new team-mates and helping the club achieve a lot of success.”

Chelsea’s technical director Michael Emenalo called Kante “a perfect fit in terms of Antonio Conte’s philosophies and the style of football he wants to play.

“For a player of his age he has already built up a wealth of experience and his exceptional quality will without doubt be a great addition to the team.”

Days ago Ranieri, a former Chelsea manager, had told Kante to decide quickly on his future.

Kante had a release clause of around £20 million in his Leicester contract, but Chelsea moved to seal his signature by going some way above that.

Leicester fans will now be fearful for the future of Mahrez.

The tricky Algerian international has also been at the centre of summer transfer speculation but Ranieri does not expect him to leave the King Power Stadium.

“I am very confident with him,” said the Italian this week. “He stays here with us.

Jamie Vardy, the prolific striker, rejected an offer from Arsenal earlier this summer to stay at Leicester. – Agence France-Presse