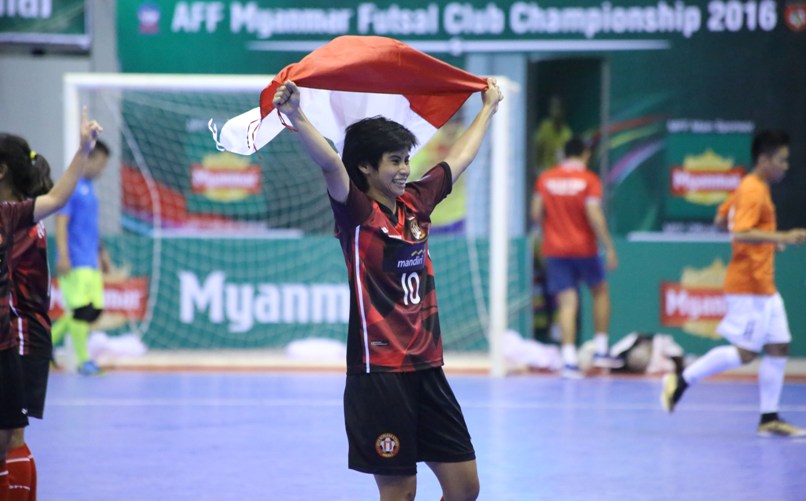 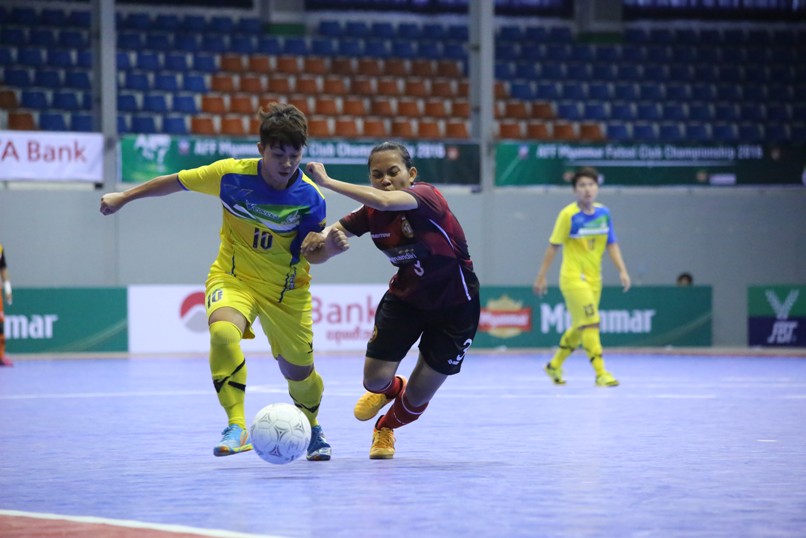 The Angels out-gunned Thailand’s Khon Kaen 5-4 in the shootout after both teams were tied 2-2 after extratime.

The girls’ from both sides were clearly nervous when it came to the shootout but the hero in the end turned out to be Jaya Kencana keeper Citra Adisti.

The score was tied at 2-2 after the mandatory three kicks and in the sudden-death shootout, Citra managed to save the attempt from Pacharaporn Srimuang who was quickly consoled by her teammates.

Today’s victory was the Angels’ second over Khon Kaen in this tournament after the 1-0 win in the preliminaries.

But for Jaya Kencana, the victory had far bigger meaning to their compatriots back home. The win was Indonesia’s first international win since their suspension was lifted by FIFA.

“I am thrilled with this win. THis match was live back home and many Indonesians followed this game. I am very happy with the girls and the way they played,” said coach Andre Pratama, who has been handling this team for the past 18 months.

“For us, this tournament also shows we are improving, prior to this we have never beaten teams from Thailand. This time we beat two of them.”

In the third-fourth placing playoff, Vietnam club, Thai Son Nam District 8 FC came from behind to defeat Bangkok FC 3-1 at the Futsal Indoor Stadium here today. Picking up the bronze medal was scant consolation for Tai Son Nam who were the defending champions.

Bangkok FC led 1-0 at the break with a solid strike from skipper Treeratchada Boonpload. The skillful Thai Son Nam players were somewhat quiet in the first half but stepped up the pace in the second half.

In the 22nd minute Vo Thi Ngan Giang hammered in the equalier with Thai Thi Thao addding in a second a few minutes later. Pham Thi Tuoi made it 3-1 in the 36th minute.

With a minute remaining, Hataichanok Tappakun scored but Thai Son Nam managed to hold on to their slender lead to the end and finish third. Meanwhile, the Fairplay Award trophy for this tournament was won by Bangkok FC.