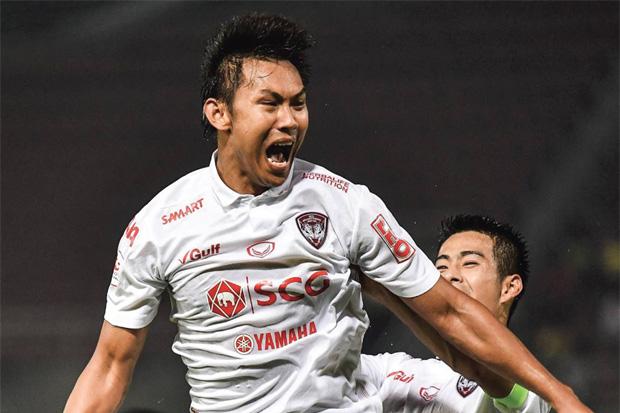 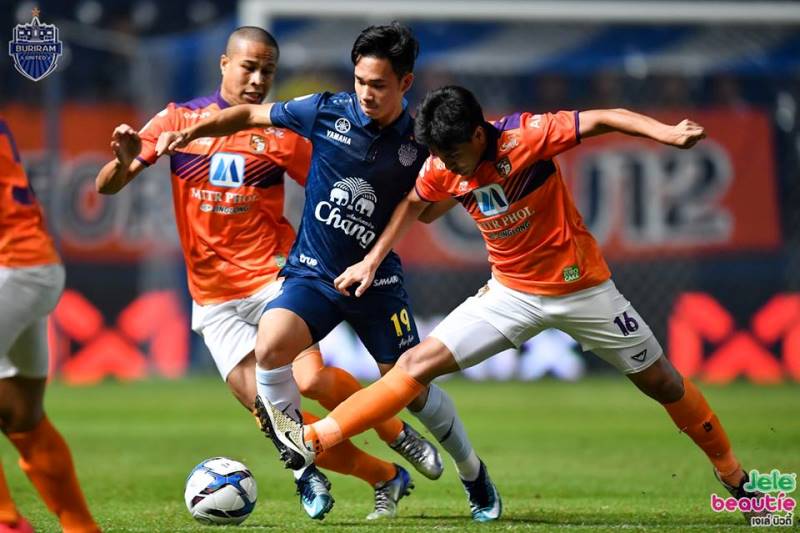 A hat-trick from Chenrop Samphaodi  in the second half gave Muang Thong United a well-deserved 3-2 win over Bangkok United as the former champions made a fabulous start to the new Thai League 1 season.

With defending champions Buriram United winning 2-1 at home to Ratchaburi Mitr Phol, the win for Muang Thong made sure that they keep close to the top of the table.

Muang Thong struggled to keep things tight at the back in the first half and a defensive lapse in the 27th minute allowed home team Bangkok United to score from close through Sumanya Purisay at the Thammasat University.

A superb volley in the 52nd minute off Pokklaw Anan doubled the advantage for Bangkok.

But Muang Thong were not about to be undone and Chenrop took just seven minutes to score his first goal before adding two more in the 76th and 84th minute for the win.

Buriram on the other hand, had two goals in the second half off Jakkaphan Kaewprom (60th minute) and Diogo Luis Santo (67th) to thank for the win even though Felipe Jacomo pulled a gaol back from Ratchaburi with a 75th minute penalty.

While the focus was on Muang Thong and Buriram, it was Port FC who grabbed the leadership of the new season when they thrashed Pattaya United 3-0.

Dragan Boskovic gave the home team the lead just before the break as Sergio Suarez then nailed the second 74th minute and Bodin Phala the third right at the end.