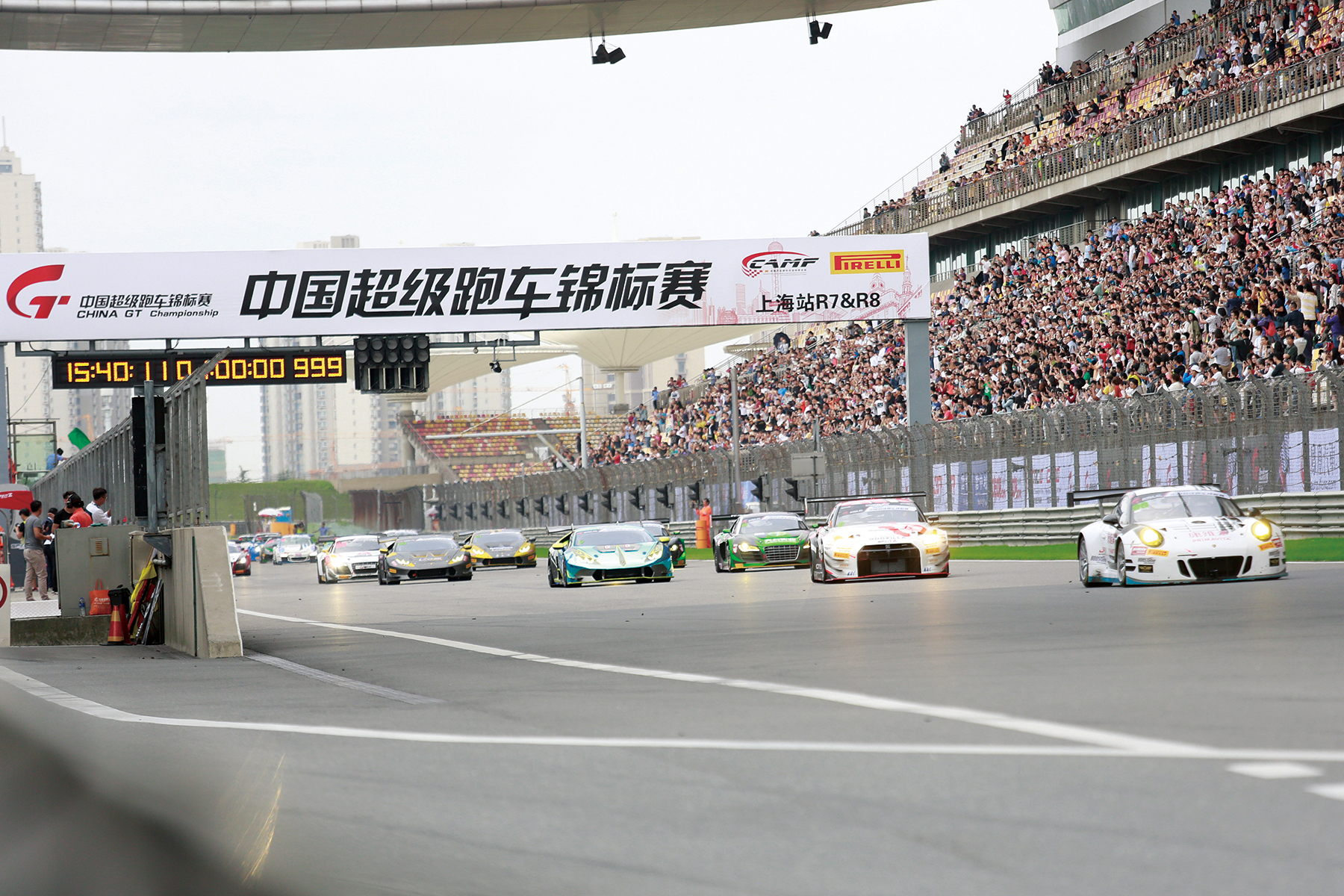 Hot off the success of the maiden season of the popular China GT championship, comes news that Beijing-based television production company China Television Service [CTVS] will once again produce content across the 2017 season, providing a raft of new concepts for the emerging championship which has taken the world’s biggest automotive market by storm.

Established by Jim Ye – the mastermind behind Beijing’s Goldenport – China GT developed into the world’s fastest growing GT3 championship last season, eclipsing the growth of every other major championship on the planet, so much so that in 2017, China GT will become not just two, but three classes of competition [GT3/GTC/GT4] catering for a staggering 60 cars – more than double that of last season – with more promised beyond this year.

With that ongoing growth comes a desire to expand the media profile of the Series, both within China and internationally, as increasingly the world’s focus turns more and more towards the expanding auto market in China.

“We were honoured to be a part of the China GT project in 2016 and ride along with the growth the championship experienced,” Gernot Kuntze, the Managing Director of CTVS admitted. “With a business involved predominantly in the automotive and motorsport sectors in Asia, we had first-hand experience in the industry and could see how quickly the Chinese market is growing, and just how passionate the fans are becoming for the home-grown motorsport product.

“Like China GT, we are also evolving, and will introduce a range of new services this season to help take China GT to another level, something which will bolster China GT’s plans to become one of the world’s premier GT championships.”

“Partnering again with CTVS provides yet another opportunity for the sport to grow,” Jim Ye, the CEO of China GT explained. “From the start we wanted to build a ‘best in class’ media production showcasing motorsport to the fans via television, live-streaming and social media.

“We look forward to working once more alongside Gernot Kuntze and the CTVS team who have extensive experience in the Asian motorsport market. We will again feature an informative and entertaining 53-minute magazine program on China’s state sport broadcaster, China Central Television (CCTV) Sports, and we will look to expand our message into the international market this year with live streaming around the world to attract even greater profile for this growing championship.”

About China GT Championship:
China GT was launched in 2016 and is promoted by China GT Management Co. Ltd. Sanctioned by the Federation of Automobile and Motorcycle Sports of China (CAMF), the championship features the world’s best automotive brands competing in GT3, GTC and GT4 classes. China GT is based on the principles of being ‘Just, Fair and Open’ so to attract both Chinese and international drivers and teams.

About CTVS:
Established in 2004, CTVS is the most sought after service provider in the Asian motorsport industry capable of coping with the demands of this specialised work. From host-broadcasting some of the biggest events in Asia (including major sporting events like the Race of Champions and the 2017 Korean Bobsled Olympic qualifiers), to the delivery of edited magazine programs provided to networks all over the world in multiple languages.

CTVS also has an extensive array of equipment and facilities, from state-of-the-art broadcast cabins able to be quickly shipped around Asia, to outside broadcast vans based inside China, and Beijing-based edit suites capable of delivering cutting-edge television to client and 2017 network requirements.

CTVS staff have extensive experience in motorsport over more than ten years in Asia, and employ the services of professional media personnel (Chinese, English and German) to assist in providing the highest quality productions for clients.

That experience, in what has been an ever-changing market, together with their ability to quickly activate and provide services on the ground, has seen CTVS emerge as the leading service-provider for motorsport television in Asia.