Home 2021 China’s Yuan continues to impress as he nears PGA Tour and Olympic... 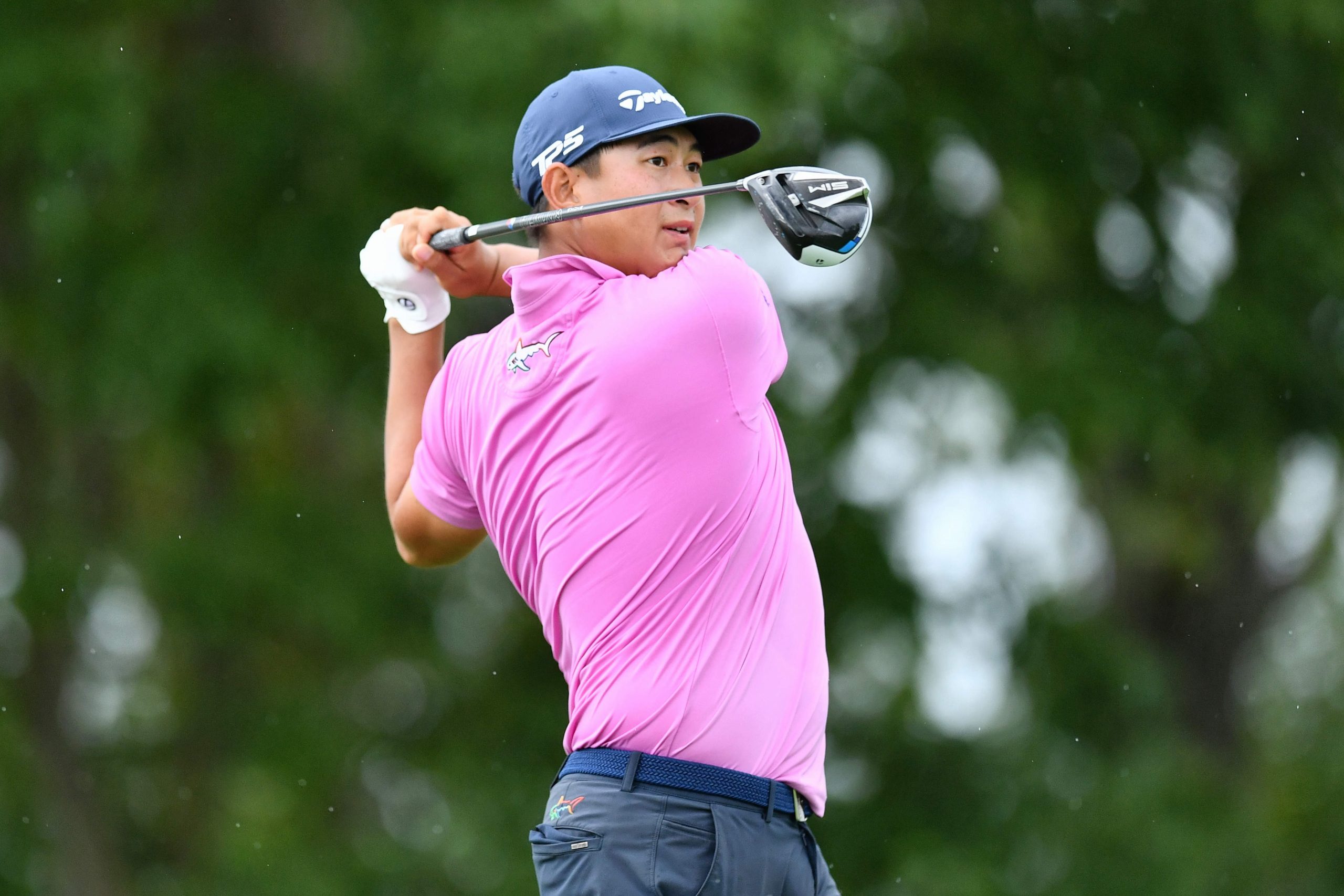 The 24-year-old Yuan fought to a tied second place at the Simmons Bank Open for the Snedeker Foundation after signing off with a 1-under 71 and a 13-under 275 aggregate to end the week three strokes behind winner Austin Smotherman.

Yuan’s fifth top-10 of the wraparound 2020-21 Korn Ferry Tour season saw him leap from 41st place to 25th in the latest points standing, with the Top-25 players at the end of the Regular Season in August earning PGA TOUR cards.

His strong finish also pushed him up to 295th on the latest Official World Golf Ranking, likely placing him just outside the Top-60 qualifying for the men’s golf competition at the Olympic Games in Tokyo this July.

A battling Yuan kept himself in contention throughout the final round which endured two weather delays and rainy conditions. He was in the hunt until making bogeys on 16 and 17 in difficult conditions but he bounced back with a fifth birdie of the day on the last hole.

“I felt pretty good coming into the week as I was playing solid the last few tournaments. I struggled a little bit in the weather but I managed to stay patient. A little disappointed at the end but overall, pretty satisfied. I think I played well although it is a pity I didn’t win.,” said Yuan.

With 12 Regular Season events remaining, Yuan hopes to become only the third mainland Chinese golfer to play his way onto the PGA TOUR. Representing China in the Olympics has also been one of his boyhood dreams which he knows a few more good finishes before the end of the qualifying period at the end of June will see him realise his dreams.

“My performance in recent weeks has given me more chances to obtain a PGA TOUR card. I have more impetus and more confidence for the coming events,” said Yuan, who hails from Dalian and attended the University of Washington before turning professional.

“Having an opportunity to compete in the Olympics is very meaningful to me. One of my goals this year is to play in the Olympics and representing China. I need to play well in the coming weeks to achieve this goal.”

He credited the hard work that he put in during the season break which included mental training for his recent good run of form, which has now seen him achieve two top-10s and three other top-20s in his last seven starts.

“I got my reward from my training during winter, and I will try to do better. Although the weather condition was not good, I kept my patience. With the round being suspended on two occasions, we almost were unable to finish. I saved a few pars in tough conditions, and made birdie at the last hole,” said Yuan.

Dou’s week saw him sign off with a 70 and he moved up one rung to 33rd place on the Korn Ferry Tour rankings to enhance his chances of returning to the PGA TOUR, which he played one season in 2018. Xinjun Zhang is currently the only mainland Chinese player on TOUR.