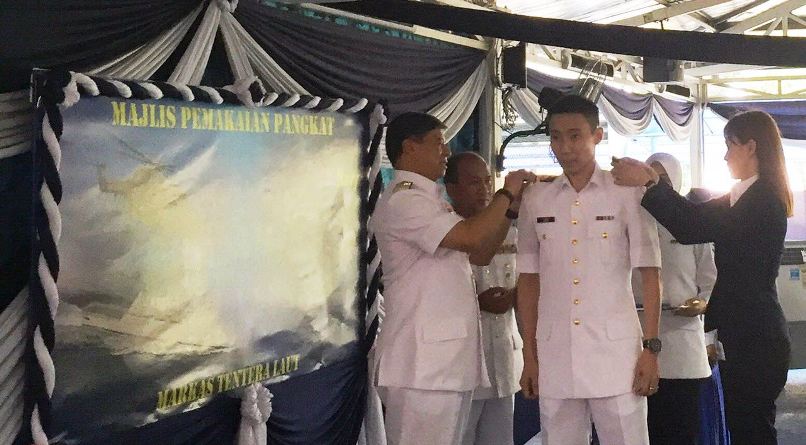 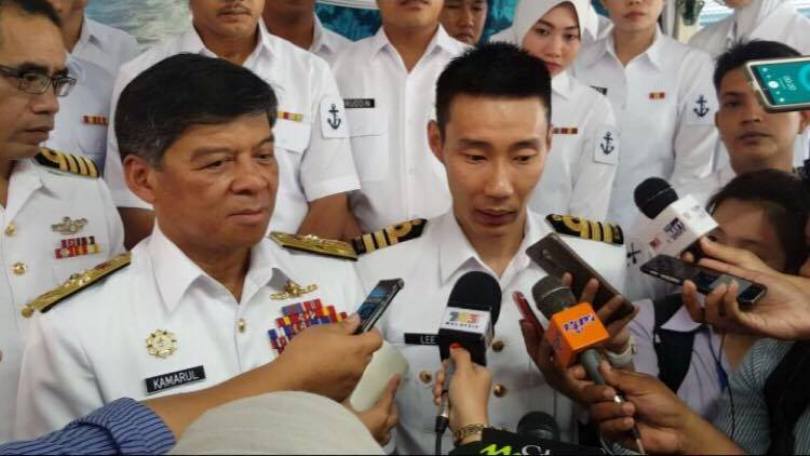 National shuttler and world  No. 1  Dato Lee Chong Wei was promoted to the rank of Honorary Commander in the Royal Malaysian Navy Volunteer Reserve. (Lee was previously Lt. Commander.)

His promotion means he not only out ranks his nemesis Lin Dan in badminton ranking but also in the armed forces. Lin Dan is a Major with the China Army .

Chong Wei received his new Honorary rank from Chief of Navy, Tan Sri Ahmad Kamarulzaman during a pinning of ranks ceremony held at the Ministry of Defence here this morning.

Lee was was first “drafted” by the navy in July 2012 as a Lt Commander.

Besides Lee other national sports personalities inducted into the armed forces are squash queen, Dato Nicole David,
who is a Major with the Royal Malaysian Air Force.

Tan Sri Ahmad Kamarulzaman said that the Honorary Commander’s rank has been given to Chong Wei in recognition of his accomplishments and success in the badminton arena.

“He has brought fame to the country and we are very proud of him.

“We hope that more will follow Lee’s footsteps in joining the navy as volunteer reserves, ” he said.