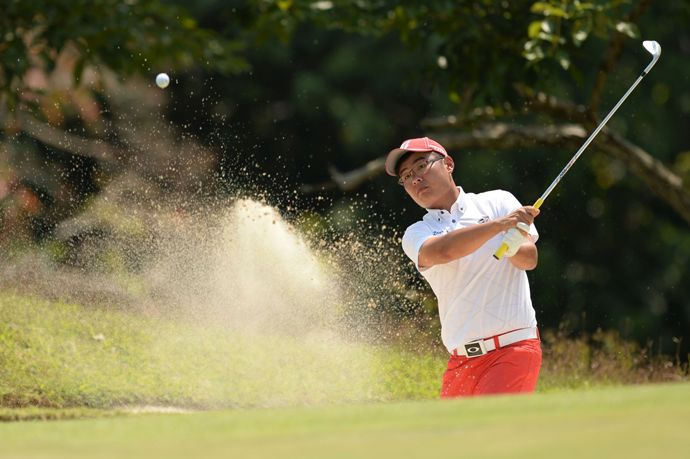 Defending champion Wilson Choo of Malaysia will be looking to relive his glory when he returns to the holiday isle for the PGM LADA Langkawi championship from March 23 to 26 next week.

“The game is feeling good. I am looking forward to returning to Langkawi again. That was where I won my first ADT title. I will not think too much about defending my title. I just want to go out and play my normal game,” said the 26-year-old Malaysian.

After opening with a 64, Choo posted rounds of 67 and 73 before closing with a 66 to claim his breakthrough victory with an 18-under-par 270 total last season.

“I remembered having great fun playing with my flight mates on the final day last year. They gave me some good spikes out there but I put up a strong battle,” Choo recalled his memorable final day duel with Micah Shin of the United States and Singapore’s Lam Chih Bing, who settled for second and third place finishes respectively.

“This is not an easy course. Your game has to be good in all aspects to play well on this course. Hopefully I can leverage on my course knowledge and try to find my way into contention again,” Choo added.

ADT Order of Merit leader Itthipat Buranatanyarat of Thailand, American duo Josh Salah and John Michael O’Toole, who won the PGM Clearwater Masters last week, will be amongst an international mix of players from over 16 countries challenging for honours in the RM200,000 (approx. US$46,600) event.

James Byrne of Scotland, Thailand’s Nirun Sae-ueng, American Blake Snyder and Lindsay Renolds of Canada will also feature in the PGM LADA Langkawi Championship, which is the seventh leg of the 2016 ADT season and also the Tour’s sixth stop in Malaysia this season.

The PGM LADA Langkawi Championship is jointly sanctioned with the Professional Golf of Malaysia (PGM) Tour and will offer Official World Golf Ranking (OWGR) points, which will be key for players vying to qualify for the Olympic Games in Rio De Janeiro this August.