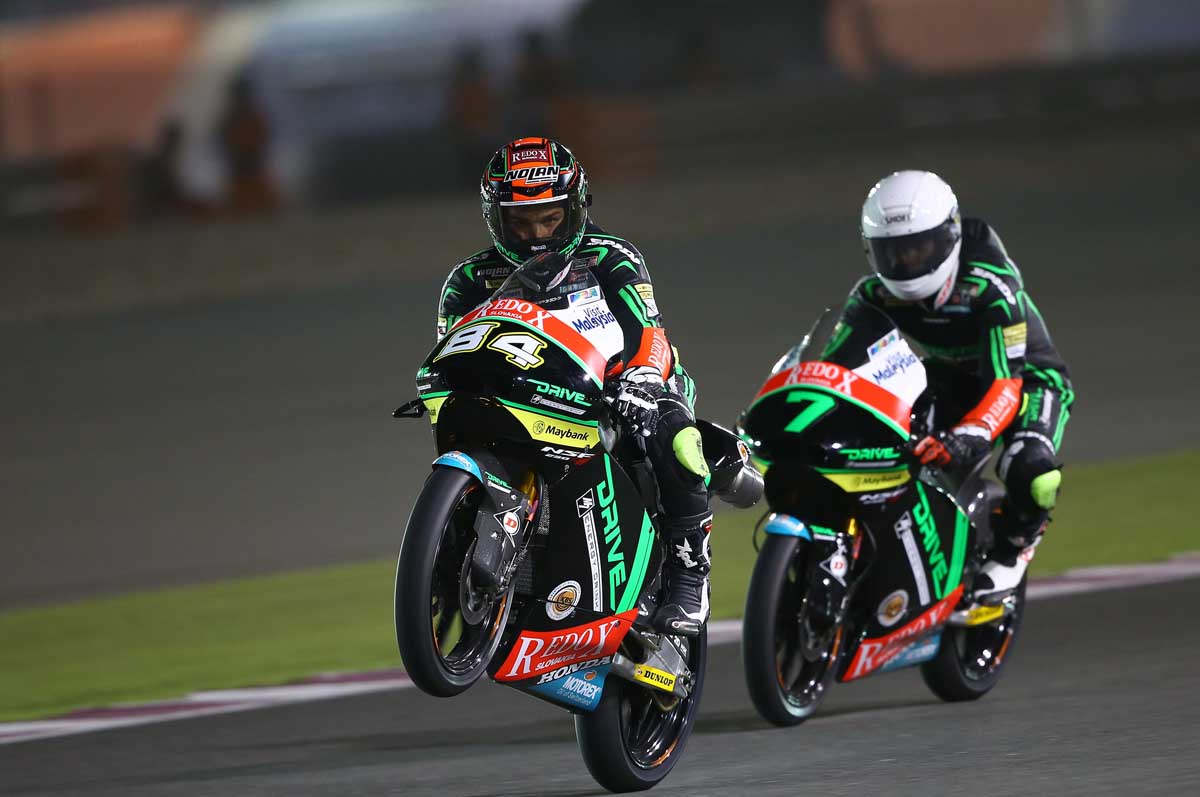 DRIVE M7 SIC Racing Team riders Jakub Kornfeil and Adam Norrodin are ready for their first race of the season, despite experiencing a tough qualifying under the floodlights of Losail International Circuit. As the forty minute session got underway the duo immediately began pushing for a fast lap, but were unable to find their good rhythm previously shown throughout the practice sessions.

Johan Stigefelt – Team Manager
“To jump straight into qualifying without any practice on the same day is always a bit of a lottery for everyone and unfortunately it affected our riders quite a lot today. The conditions today were very strange compared to the other days we have been here and the strategy we had didn’t work out; both riders had a problem with the front, so they couldn’t push as they wanted. Adam had a crash yesterday and to go straight from this into his first qualifying in this championship is very difficult mentally. Considering this I don’t think he did such a bad job; the position is not good but he is only 1.4 seconds behind pole. For Jakub we were definitely hoping for more but he had such big problems with his bike, so it was very difficult for him to push harder. He was a bit unlucky too because there were a couple of laps where he had his fastest lap and then experienced some issues. We know he is a good racer and will fight hard tomorrow, so we are looking forward to the race which I believe will be a much better result than today.” 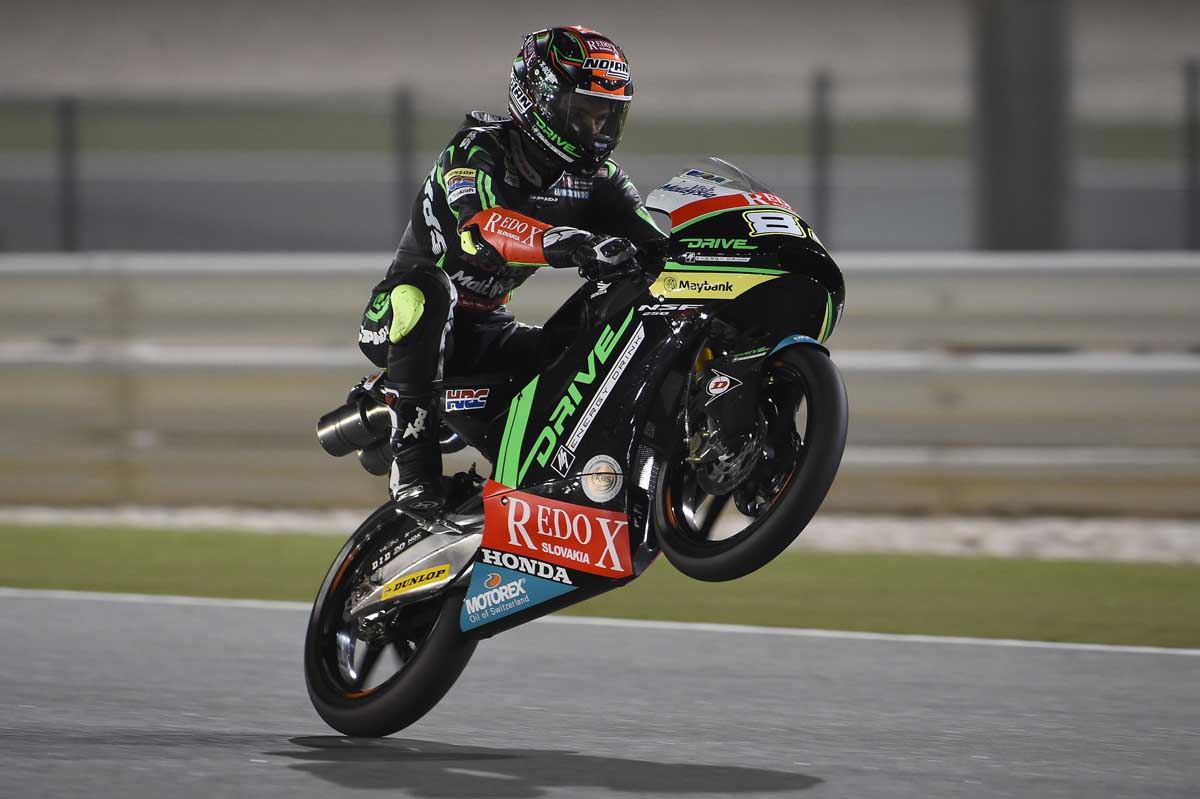 #84 Jakub Kornfeil – QP: P16; 2’06.948 – 14 laps
“I’m very disappointed with qualifying today because I know we didn’t do our best job. We thought that the soft tyres in the front would be the better option, like they were for the IRTA test here, but unfortunately it was not the right decision and we could not change our plan during the qualifying. The bike was very difficult to ride and I didn’t want to crash. I just tried to be around fast riders but even this didn’t help a lot. The bike was moving so much during the corner and out of the exit. I was trying to push every lap, but always something happened and the feeling was not good. We now have to just focus on tomorrow and do a good job in warm up and then we will see in the race. For sure 16th position on the grid is not where we want to be but it won’t stop me fighting for a better result.” 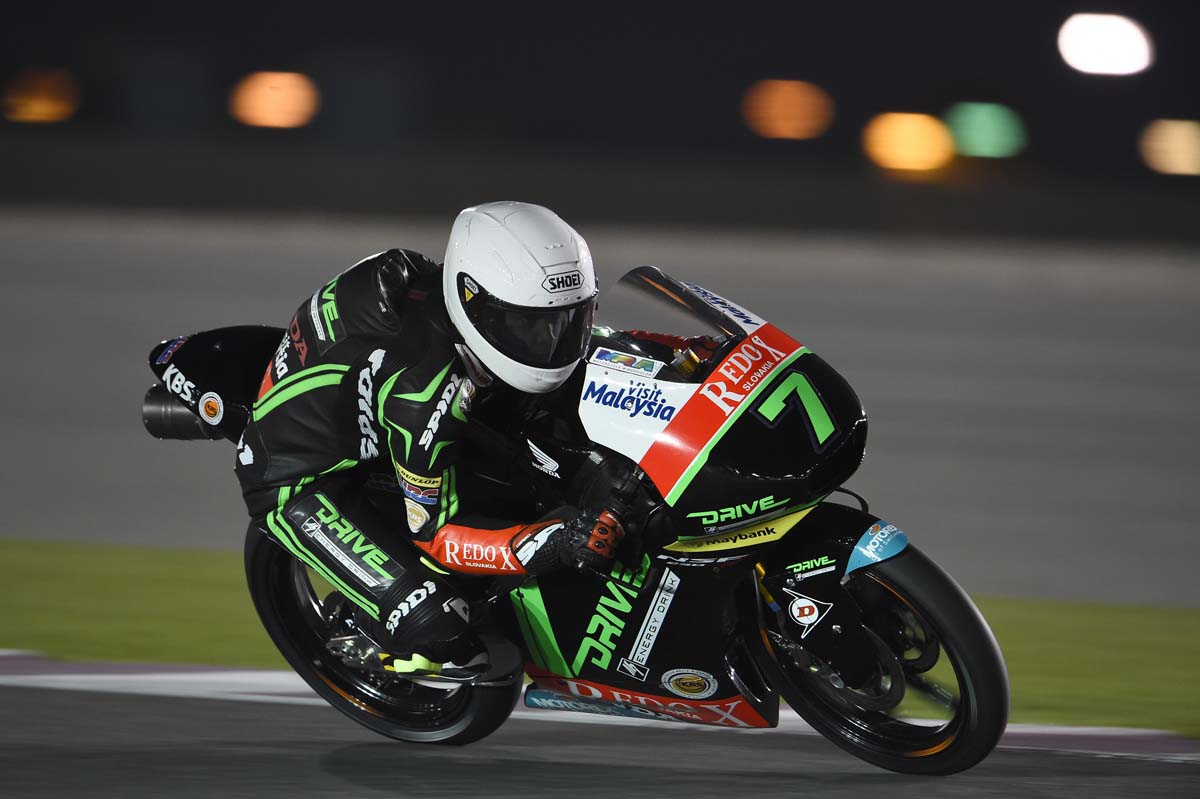 #7 Adam Norrodin – QP: P27; 2’07.582 – 12 laps
“Today’s qualifying was really tough for me; after the crash yesterday I didn’t feel so good. I felt less confident on the bike and I struggled to find my rhythm. I tried to push but I was unable to improve my lap time. Now I know what qualifying is really like in the Moto3 Championship, so after this I hope to be much better. Although I am not happy with my grid position I have learned a lot from today and I know better what I need to focus on and how to go into qualifying. It will be a difficult race tomorrow but I will try my best to finish my first race well.”