Home International Clippers get their revenge, Suns rally past Spurs 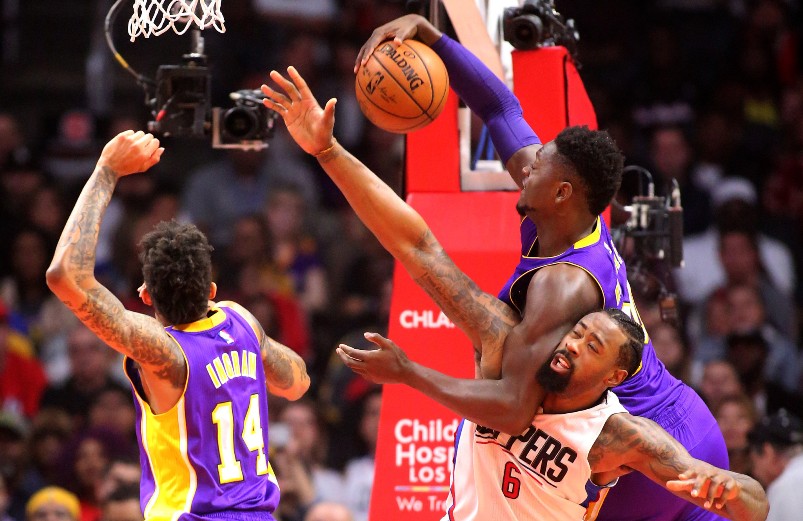 The Los Angeles Clippers avenged a Christmas Day loss with a 113-97 rout of the Los Angeles Lakers in Saturday’s rematch at Staples Center arena.

The Lakers beat the undermanned Clippers 111-102 three weeks ago as injuries forced Chris Paul, JJ Redick and Blake Griffin to watch from the sidelines.

It was one of just two wins the Lakers had in the month of December and it halted the Clippers’ 11-game win streak. The lowly Lakers have gone 3-4 in January after losing 14 or 16 games in December.

The Clippers dominated in every facet in the return engagement as Paul has returned to the lineup and JJ Redick is back at full strength after suffering a hamstring injury in the Laker contest.

“We came out today. We played and we won. It’s not a big deal,” said Paul. “We’re just trying to pile up wins. That’s our single focus.”

Griffin is still out with another in a long list of injuries but the Clippers have shown they can have success without him in the lineup.

The Clippers, who improved to 28-14 on the season, got off to a quick start Saturday.

The Clippers re-asserted their dominance by going on an 11-0 run late in the first quarter and built a 19-point lead 58-39 at halftime.

Clippers centre DeAndre Jordan had a double-double by halftime (12 points and 10 rebounds) on his way to finishing with a game-high 24 points and 21 rebounds.

After a slow shooting start, Paul tallied 20 points and 13 assists for the Clippers. Austin Rivers and Raymond Felton finished with 15 points each for the Clippers who stretched their January win streak to six games.

Jordan Clarkson came off the bench to outscore all the starters and lead the Lakers with 21 points.

Danny Green missed a three-pointer with seven seconds remaining that would have given the Spurs the lead and Tucker calmly sank two free throws to push the Phoenix lead to 108-105.

Phoenix fouled Pau Gasol with three seconds left to keep San Antonio from shooting a three-pointer to have a chance to tie the game but Gasol missed both free throws and Dragan Bender grabbed the rebound for the Suns.

“We took a loss earlier in the week, and from that we knew we had things to work on to be able to stay with the Spurs,” Booker said.

“I just wanted to give the people of Mexico City a show — they deserve that for all the support they give our team — and I think we did.”

In Chicago, Jimmy Butler scored 28 points and Dwyane Wade had 17 of his 22 in the fourth quarter as Chicago snapped a three-game losing streak with a 107-99 win over the New Orleans Pelicans.

Taj Gibson added 15 points and 16 rebounds and Michael Carter-Williams had 11 points for the Bulls.  –Agence France-Presse