Home News Comic football on both ends of Causeway 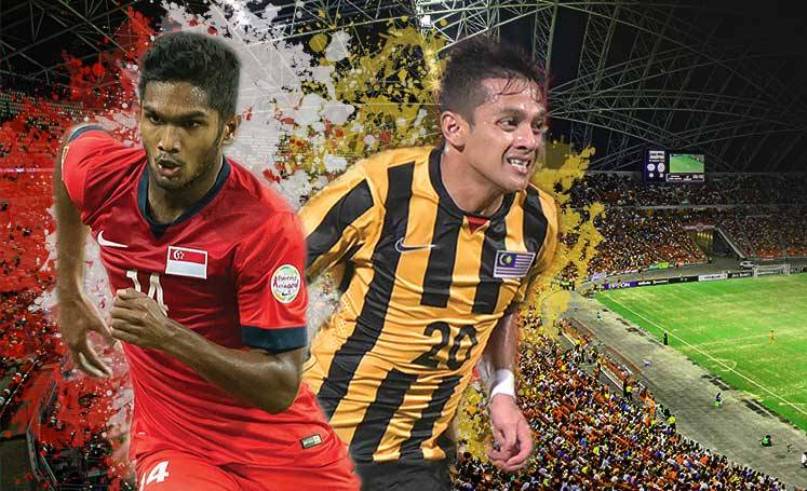 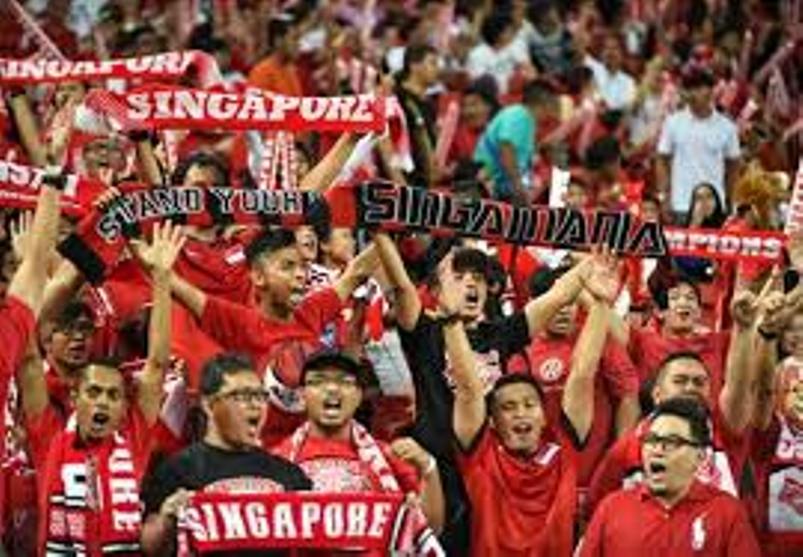 IT’S only the football elections, you may say, no big deal, but Singapore will be keeping a close watch at next month’s Football Association of Malaysia (FAM) elections to see which directions they should head.

The shifting of goal-posts many times have confused die-hard fans at either ends of the Causeway and politics have, ironically, been the central divider at FAS and FAM, knowing that FIFA (the world football-controlling body) has unreservedly demanded an end to political interference in the appointment of council members with democratic elections set to be mandatory.

Unless, the elephants at top management levels at Wisma FAM and Jalan Besar Stadium stop fighting, what I fear is that the grassroots “ants”, very simply the die-hard fans, will be the final losers as the global rankings of Singapore (at No 167) and Malaysia (at No 161) have gravely suffered at its lowest and the No 1 sport, at domestic levels, is taking its worst beating, considering that the success of the internal game should be the foundation of the national team.

But who really cares at FAS or FAM, when personal egos appear to take higher stage than national pride even in fostering an active professional league, as what’s nicely happening in Thailand, Indonesia and very soon, in the Philippines.

Make no bones over this: The S-League is sadly stuttering and sinking into quicksand, with the loss of its dedicated Chief Executive Officer Lim Chin and, rather unbelievably, no fixtures are even out with the 22nd season set to start in four weeks.

Over in Malaysia, it’s a “masak masak” mess, too, despite a prouder localised history than Singapore, with the game having been played competitively since 1921 – from former colonial masters Britain who bequeathed a passion for football – with a transition to semi-professionalism in 1989 before going professional in 1994.

Football experts, from Selangor to Singapore, say the core of the Causeway “bola” problem is declining internal and international play, blamed on years of wayward football administration and a failure to seriously develop grassroots talent.

Even the fact the M-League is managed privately by Football Malaysia Limited Liability Partnership (FMLPP) has not solved anything. Matter of fact, it plunged it into more controversies and complications. And the appointment of MP & Silva, a leading international sports agency as FAM global adviser on media and commercial rights, with the goal of extending its broadcast reach and maximising the commercial potential of its properties for 15 years, was initially seen as a great move.

But as veteran sportswriter Tony Mariadass says, in less than a year from its start, the marriage between FAM and MP & Silva is on the rocks and headed for divorce! 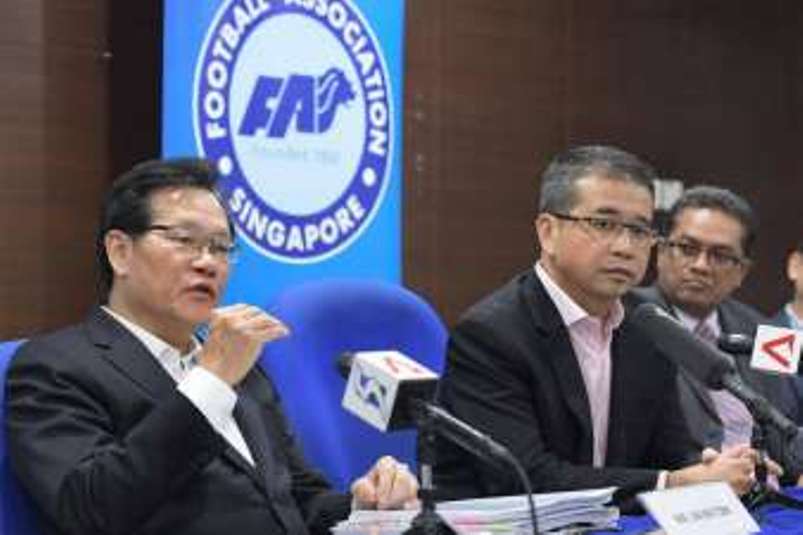 Over in Singapore, the football ostriches are simply hiding their faces in the sinking smelly mud. Under Lim Kia Tong, who heads a transitional council, until March 31, the seven-member team is just recklessly dragging its feet, in delaying democratic elections until the final deadline of May, set by FIFA.

My best advice to this lawyer, who is also FIFA Deputy Chairman (Disciplinary), and who hardly comes to watch a S-League match in recent years, is downright simple: Stop playing hide-and-seek behind the Jalan Besar Stadium bushes as the so-called “government men”. Prolonged silence will do no soul any good and commonsense must to come to play before the football fever diminishes.

Now for the bigger picture: Over in Malaysia, the tussle for FAM’s No 1 position has taken an extraordinary turn as a rousing minister, a football-hot prince, an ambitious mayor and even UMNO’s top spokesman throwing their hats into the presidential ring in a jaws-dropping four-cornered fight for the March 2 polls.

Minister is the sports-loving Khairy Jamaluddin, the Rembau MP who is Youth & Sports Minister, whose heart is genuinely in developing football. The prince is the big football-minded Johor Crown Prince Tunku Ismail Ibrahim, who has shown he has the modern-day business acumen to fire a new hope with a longer-term master-plan, similar to what he did at his home-state in Johor, where football fever is now at extraordinary heights.

The mayor is Tan Sri Dato’ Seri (Dr) Aseh Bin Haji Che Mat, from the federal capital Putrajaya, who is popular with the FAM affiliates as FAM Integrity Committee Chairman and former Home Ministry secretary-general. The fourth contender is veteran Majlis Amanah Rakyat (MARA) chairman Tan Sri Annuar Musa from Kelantan, who also wears the new hat as UMNO spokesman. Notably, he turned Kelantan FA’s fortune around since taking over in 2007, including leading the East Coast-state to a ‘Treble’ in 2012.

Perhaps these four cannot see the forest for the trees in appreciating that FIFA frowns on the tightrope situation of a political quagmire and FAM (and even FAS) may face global sanctions if politicians discreetly dribble their way into the field of play.

For God’s sake, why can’t FAM and FAS just look across the northern border to Thailand. At the ‘Land of the Smiles’, they probably runs Asean’s best professional football league and mightily holds the fort as record-breaking reigning Asean champions. 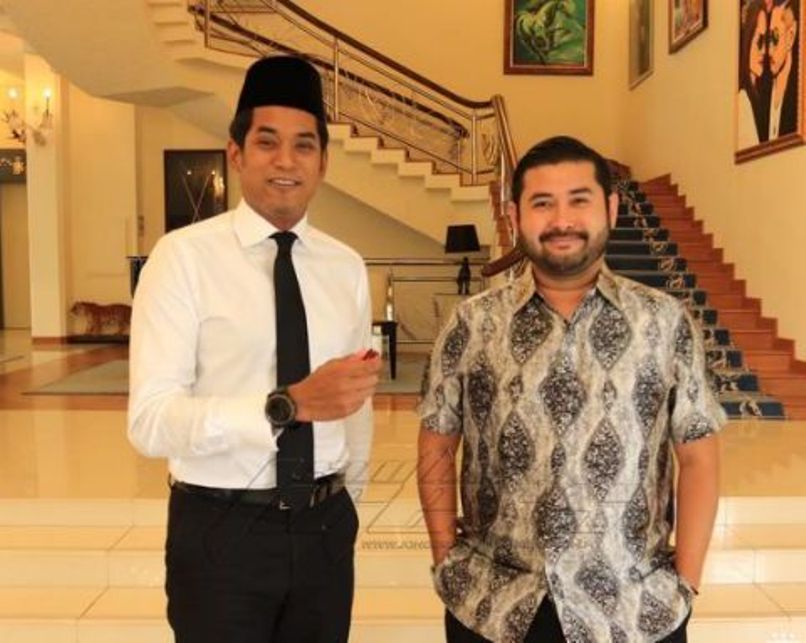 The big question on the Causeway “bola” lips: Why can’t Singaporean and Malaysian clubs, as in most parts of the Asian and European football world, be run professionally, like business entities?

It’s damning to know that a majority of teams on either ends of the Causeway are just recklessly waiting for government and/or state financial handouts, without a longer-term concrete plan to build on grassroots development. The only exception I see is at Johor Baru-based JDT (Johor Darul Ta’zim Football Club) where the Johor master-plan matches that of Real Madrid, Manchester City or Bayern Munich.

Let me be more blunt or brusque: Both in Singapore and Malaysia, the S-League and M-League clubs do not even have their own stadiums, training grounds, clubhouses and buses to travel to matches, which are fundamental requirements for professional teams. To be impolite, they can’t get their football A-B-Cs even right!

Even when teams obtain sponsors, they get into problems because some sponsors have their own agenda. And majority wants to see a feasible deep-rooted “product” in place, without a continuing FAS-S.League affray on the cards.

Yes, you can bet your last dollar, as the Lunar New Year season of the rooster starts this weekend, Singapore-Malaysian football are in no position to cock-a-doodle-do, their quail feathers in tatters and yet they cannot reconcile that they’re both in the worst-ever chicky crisis.

I apologise for being rough but any barnyard fowl will cackle that it’s time for the half-baked or disinterested parties, on both Causeway-ends, to throw in the towels and allow refreshing faces to come in. It’s crying time for a change to allow football to breathe instead of continuously in-fighting, which is heading the wrong way.

Yes, the time has come to be strict with teams wanting to compete in the S-League and M-League, only for serious-minded teams which meet the criteria of a regional-class professional side. Otherwise we risk getting back to the amateur era of the 1960s and 70s, where players, at least gratefully, wore the jerseys with pride and passion, without greedy thoughts to the dollars or ringgits. 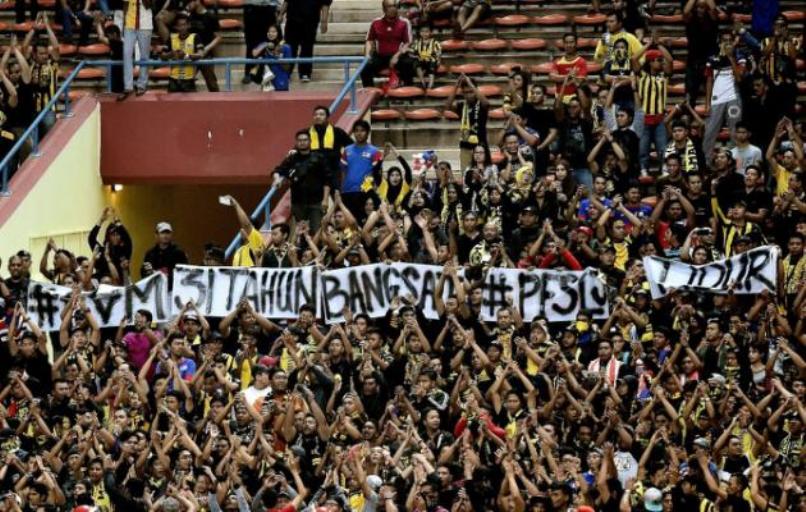 Sorry FAS and FAM, I make no apologies: I would rather be hated for stating the truth than loved for stating unsubstantiated facts. Football is going to shits!

The Lunar New Year rooster-season must be the season to squawk and strut, to make “bola” fans jolly and generous. Huat Ah! (a Hokkien term, translated to mean ‘Prosperity Ah!)

But, without pulling any punches, what local bosses of football need, on both sides of the Causeway, is to be cruel to be kind. Crack the whip, football can no longer wait for a kampong-styled Santa Claus or Caishen (Chinese God of Fortune) to come bearing them gifts.

Especially for FAS, as it has to rise like a Phoenix for a refreshing chapter in its history as it celebrates 125 years this year as the oldest affiliate of the Asian Football Confederation (AFC), with its founding in 1892.

I will lay the cards, without fear or favour: Whoever comes to the fore, definitely without serious political connections, will have a very tall order at hand to lift the declining fortunes of the No 1 sport. It may take years to undo the recent internal and international damage.

More importantly, the football ship must get set to sail a straight course to ensure that there’s thorough efficiency and transparency in football administration, especially at Jalan Besar Stadium, something which has been regularly frowned upon by the critics over three decades, with veteran writer Ian de Cotta brazenly comparing FAS to a Gestapo.

Holding a cheeky rooster at hand, the critical grassroots issues to address in Malaysian and Singapore football is over integrity and the current reputation of the national football.

The football ostriches must wake up. The hangers-on, on either sides of the Causeway, who have served their time have to move out for the genuine sake of the game. They cannot be allowed to continue to give FAS and FAM a continuing bad name.

Even a schoolboy will tell you that Malaysia’s and Singapore’s political and economic wheels are greased by connections, patronage and outright cronyism. This has leeched into football, with politics trumping professionalism in administrative, leadership and player decisions.

It is without doubt that many will disagree with my views expressed, but sometimes the truth really hurts. Let us for the long-term love of the game and face-saving football status, start doing the right things to see Causeway standards rise to a respectable level again.

Only one or two individuals, or one or two teams alone, cannot champion the cause. It has to be a face-saving national football agenda and a collective teamwork-orientated effort to give a good kick to what Brazilian legend Pele says ‘Jogo Bonito’ (The Beautiful Game).