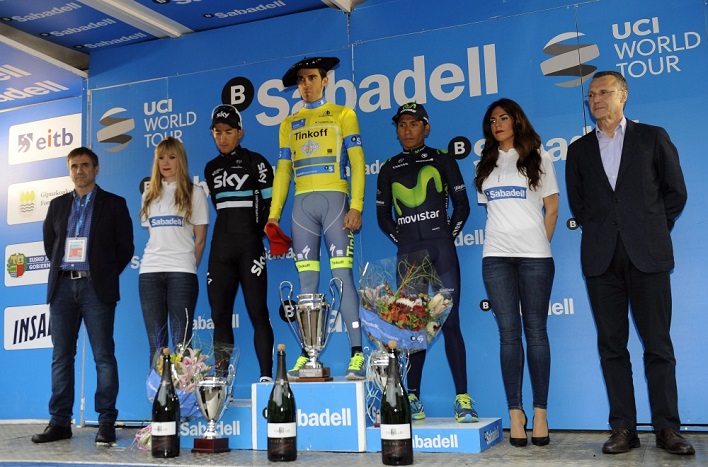 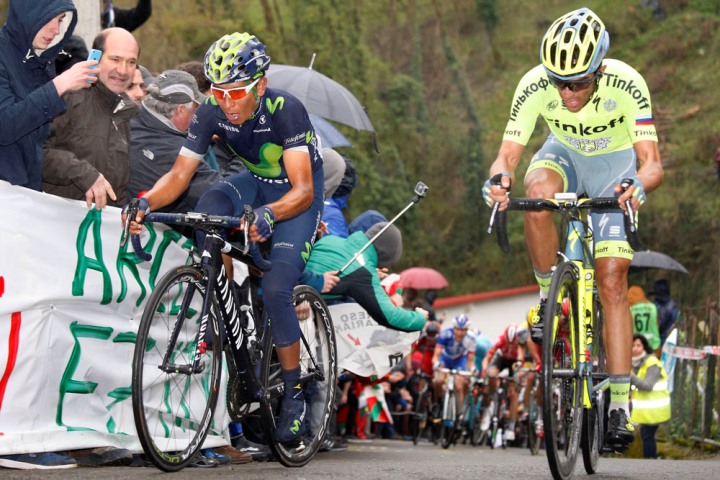 Two-time Tour de France champion Alberto Contador admitted he has put his plan to retire on hold after claiming his fourth Tour of the Basque Country on Saturday.

Contador, 33, had previously stated 2016 would be his final season as a professional rider, but buoyed by a strong start to the year having also finished second in the Tour of Catalonia and Paris-Nice, he now looks set to continue riding in 2017.

“Thinking it over with my family and my team and seeing how I am enjoying what I am doing, I think for the moment I am going to leave this idea to one side,” Contador said of retiring.

“I think I am going to continue enjoying and doing what I like, which is cycling.”

“I have worked very hard this winter to be in this shape,” added Contador.

“I have done very well in all the races, but a couple have escaped for a few seconds, perhaps because there hasn’t been a time trial or other factors. This one I was able to win and I’m very happy.”

Team Sky’s Henao started the day six seconds ahead of Contador, but finished 18 seconds back to claim third on the stage and second in the general classification.

Quintana, who will go head-to-head with Contador in search of his maiden Tour de France in July, was five seconds behind in second to move up to third overall.

Already winner of the Tour of the Basque Country in 2008, 2009 and 2014, Contador joins fellow-Spaniard Jose Antonio Gonzalez as the most successful rider in the race’s history.

Results from the Tour of the Basque Country’s sixth and final stage on Saturday, a 16.5km ride around Eibar: