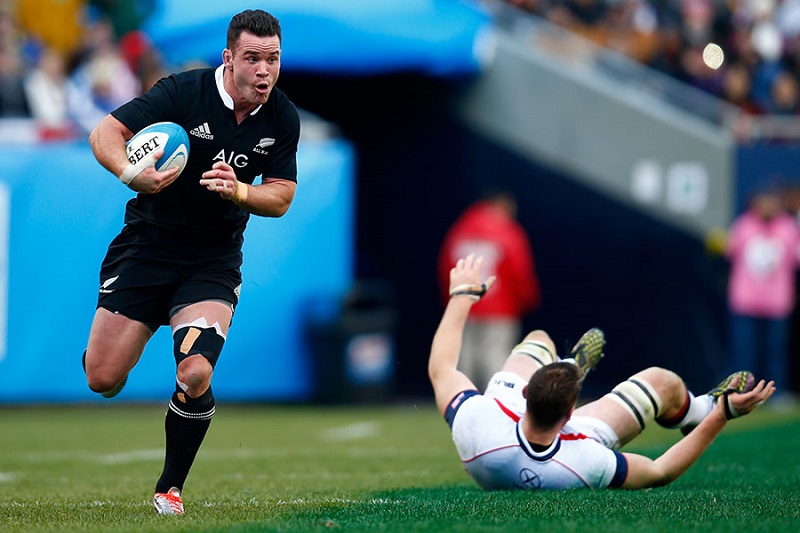 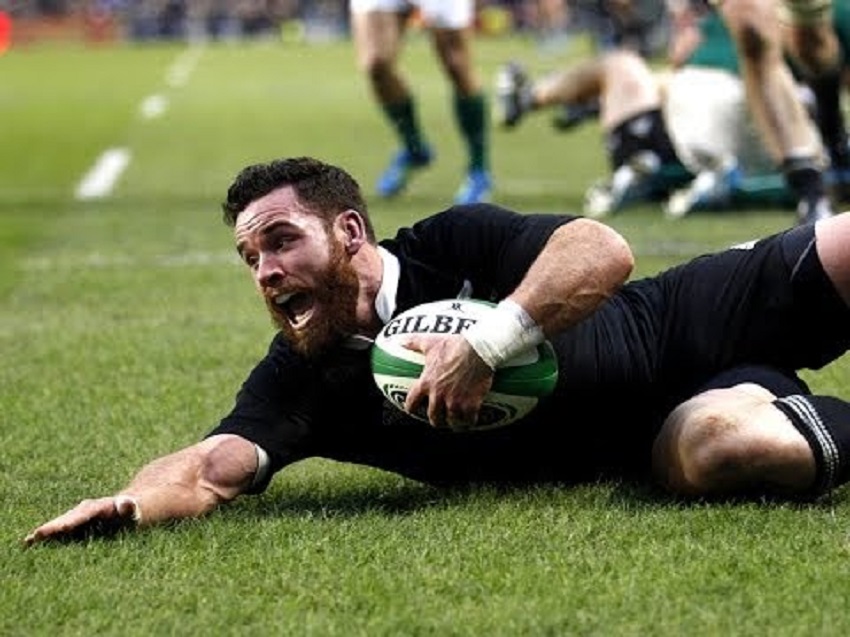 New Zealand racked up their 2,000th international try and threatened to hand France a sound thrashing before a second half rally limited them to a 38-18 win in Paris on Saturday.

Ryan Crotty chalked up the landmark score as four first-half tries — the others from Dane Coles, Waisake Naholo and Sam Cane — gave the All Blacks a 31-5 half-time lead on Armistice Day.

Teddy Thomas crossed for France on his return to the fold after a two-year absence while a penalty try helped close the gap before Naholo grabbed his second in the final minute to prevent New Zealand from being kept scoreless after the break.

Beauden Barrett kicked a perfect six from six from a 13-point personal haul for the visitors.

Despite a spirited second-half fightback from the hosts, there was no masking the gulf in class less than two years out from the 2019 World Cup in Japan.

But after a thoroughly one-sided first half, France’s only consolation is that they didn’t succumb to a record defeat — their 61-10 reverse in Wellington in 2007 retains that dubious honour.

New Zealand gave notice of their intent on their first possession as a brilliant one-handed offload after contact from Sonny Bill Williams set up a chance on the very next phase for the centre, but he was held up over the line by prop Jefferson Poirot.

From the resulting scrum typically quick passing and a clever line run by Coles saw the hooker go through a gap to score the opening try of the game.

France were struggling to contain New Zealand’s rapid brand of running rugby and were frequently scrambling in defence deep inside their own 22.

Barrett kicked a penalty to add to his earlier conversion and after his chip ahead forced France to carry the ball over their own line, New Zealand had a five-metre scrum.

France were creaking and following a series of scrums, a long mispass from Barrett found Naholo in acres of space to stroll over for the second try.

Coles went off with what seemed a knee injury and France struck back immediately, kicking a penalty to the corner and then firing the ball out to the right for Thomas to dive over.

France’s expected pack dominance didn’t materialise and six minutes before half-time tighthead prop Rabah Slimani was sin-binned after collapsing a scrum for the third time, while loosehead Poirot went off for a concussion protocol.

New Zealand needed little more encouragement and a brilliant rugby league style grubber from Williams was touched down by Crotty for the All Blacks’ 2,000th international try.

There was still time before the break for a passage of stunningly quick and slick passing to send Cane over, with Barrett’s conversion giving the tourists a huge half-time lead.

France came out fired up for the second period and after an Anthony Belleau penalty, they were denied a try following a scything break from livewire scrum-half Antoine Dupont by Williams deliberately batting the ball out of play in the New Zealand end zone.

But he copped a yellow card and France were awarded a penalty try.

France had their tails up and after another Belleau penalty, Thomas was denied a second try after his right foot grazed the touchline.

They had a period of pressure close to the New Zealand line but the All Blacks held out with Williams now back on the field and there was a palpable sense that the hosts had let their one chance slip through the fingers.

It proved the case as Naholo had the final word.-Agence France-Presse